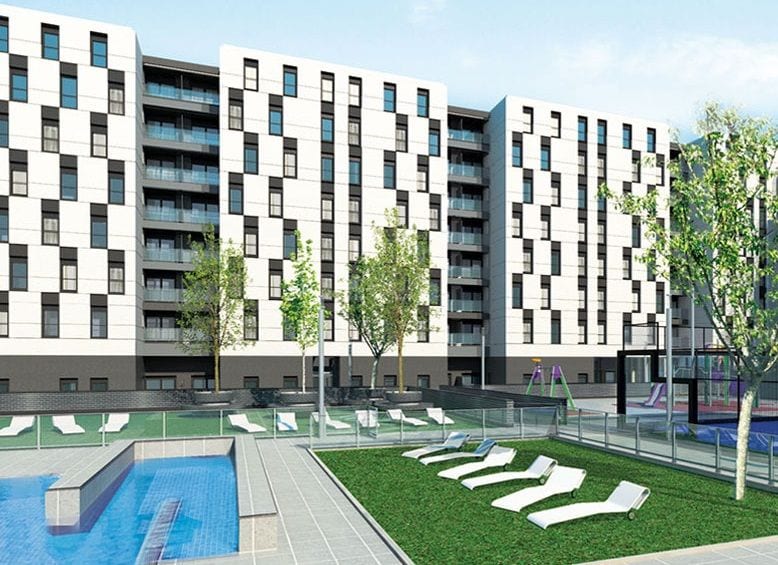 Banco Sabadell has agreed to sell its developer, Solvia Desarrollos Inmobiliarios (Sdin), to the US-fund Oaktree. The sale, which includes a significant stock of land holdings, closed for 882 million euros and will generate an accounting gain of 23 million euros.

Sabadell split Sdin Residencial from the larger Solvia Real Estate before its sale to the Swedish group Intrum.

With this deal, Sabadell has practically eliminated toxic assets from its balance sheet, selling more than €12.5 billion in non-performing assets over the last year.

The logistics sector in Spain is booming due to the public’s ever-growing use of e-commerce. Investments in the sector reached 2.4 billion euros last year. According to a report by Solvia, the real estate servicer recently acquired by Intrum, the sector grew by 20% between March 2018 and March 2019 as more than 7 million square meters of logistics spaces were taken on. Solvia also warned that supply is beginning to tighten in the larger Spanish cities.

The rental market for logistic assets is still strong as well. Rental income in Madrid and Barcelona is currently close to 5 and 6 euros per square meter, respectively. Profitability also remains high, with average gross return rates at 7.3%.

According to Solvia, Madrid, Barcelona, ​​Zaragoza and Valencia accounted for 50% of the sales of logistics assets in the last twelve months. Just in Madrid, buyers acquired more than one million square meters between March 2018 and March 2019.

Sareb has launched a new operation called Project Esparta, through which it is seeking to turn its existing strategy on its head.

The bad bank’s aims with this initiative are multiple: to create sub-portfolios into which to classify its assets; to renegotiate the contracts with its servicers to recover the services transferred to them; to delay sales and assume the stock of assets to generate added value; to create regional centres; and to equip itself with its own technological infrastructure. The overall objective is to professionalise sales and enhance the value of its assets.

As a result, Sareb is going to start renegotiating the contracts that it has with Haya, Altamira, Solvia and Servihabitat to recover some of the activities assigned to those servicers. Haya’s contract is due to expire on 31 December 2019 and according to the bad bank, it may be renewed in part or in whole, or the portfolio under management may be put up for tender. The contracts with Altamira, Solvia and Servihabitat are due to terminate in 2021.

Haya was hoping to make its stock market debut this year, but it will have to put those plans on hold until its future with Sareb is resolved.

Solvia has joined forces with Orion Capital, which has entrusted the servicer with managing the portfolio that it purchased from Goldman Sachs at the end of last year.

The portfolio has a nominal value of €400 million and contains loans originated by CaixaBank. As such, Solvia will lead the sales process for all of the real estate assets included in the portfolio and for the properties that are recovered as solutions are found to the non-payment of loans.

Cerberus had been planning to list Haya Real Estate on the stock market but it suspended that operation in light of the political instability in the country, amongst other reasons. Instead, the US fund has decided to put the servicer up for sale.

The asking price is €1.2 billion and the advisor Rothschild has already made contact with possible interested parties. They include DoBank, which acquired Altamira in January for €412 million; the Swedish company Intrum, which purchased 80% of Solvia in December; and the fund manager Centricus.

Haya’s contract with Sareb is due to expire at the end of this year and the bad bank is understood to be considering not renewing the agreement as part of a wider strategic rethink.