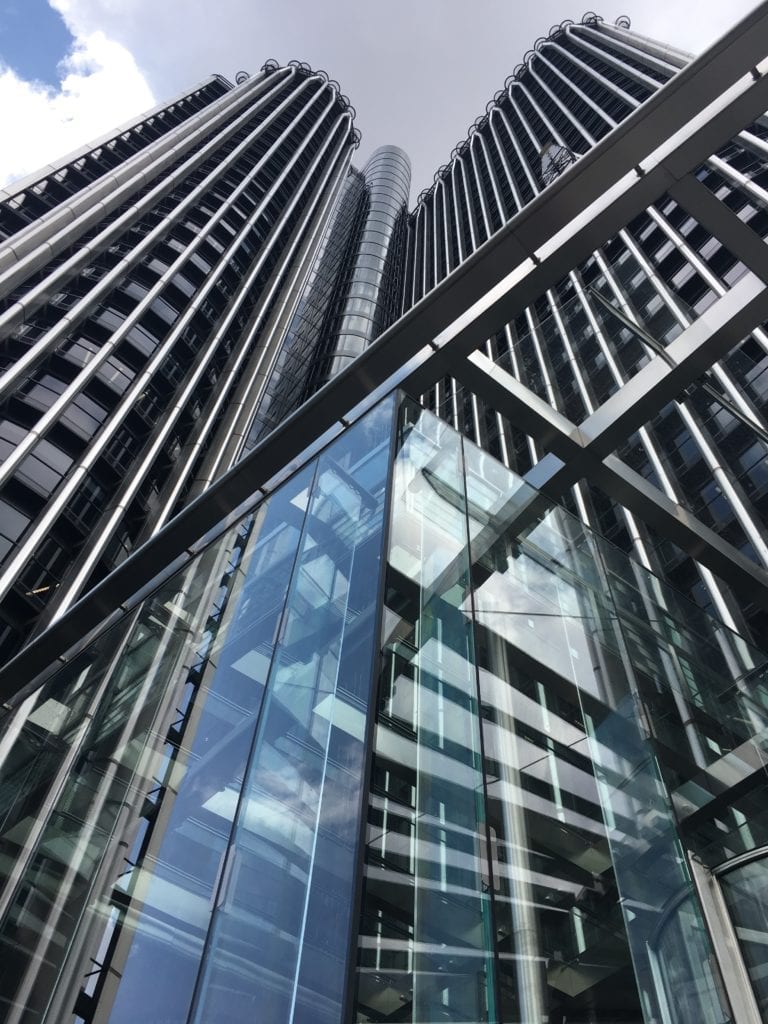 After falling by 27% in the first quarter, investment in offices will recover after the summer, according to Savills Aguirre Newman.

The measures that will need to be adopted in offices to avoid contagions and the spread of the coronavirus when the de-escalation begins will increase the expenses of tenants by €0.50 per square meter per month, according to the consulting firm Savills Aguirre Newman.

These measures include the installation of thermal imaging cameras, signage in common areas to avoid crowding, and more thorough cleaning and maintenance processes, said the Head of the Offices division at Savills offices during the presentation of the consultancy firm’s market report. 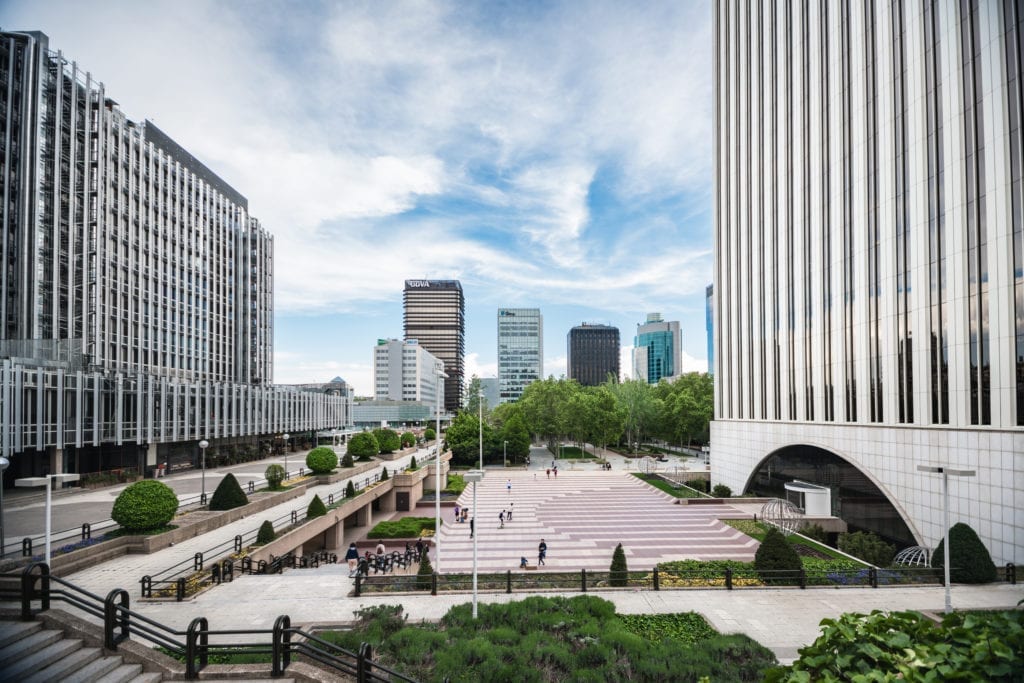 The volume of the operations identified as of 14 March amounted to more than €4 billion and today 86% of those deals are still on the table, according to Savills Aguirre Newman.

The vast majority of office transactions in the real estate investment market in Spain are waiting to be resumed when the situation stabilises, says the consultancy Savills Aguirre Newman.

Up until 14 March, the first day of the State of Emergency, the firm had identified a potential volume of ongoing transactions amounting to more than €4 billion involving almost 60 operations, including portfolios and transactions of unique assets in Madrid and Barcelona.

In total, 60 operations were closed, with notable transactions closed by Decathlon in ZAL, Districenter in Llisá de Munt and DSV in Molins de Rei.

The YoY decrease was driven by fewer large operations (those over 20,000 m2) in 2019, which broke records in 2018 and a mismatch between supply and demand in terms of surface area and location.

The outlook for 2020 is optimistic.

Gazeley, a leading investor and developer of logistics warehouses and distribution parks, today announces that it has acquired a 42,200 sqm site near Madrid, with plans to build a 19,000 sqm warehouse, G-Park Pinto.

The acquisition represents Gazeley’s fourth investment in Spain since re-opening its office in Madrid last year, and will target logistics, distribution and e-commerce companies in need of a last-mile logistics hub. Construction is expected to begin in 2020.

The warehouse will be built with a highly flexible design, allowing it to be adapted to the specific needs of a future customer. It will also have a BREEAM Very Good certification, reflecting Gazeley’s commitment to developing sustainable spaces across Europe, and smart LED lighting.

The area is a well-known logistics hub located around 20 minutes from Madrid. It has access to the A-4 (Madrid-Córdoba) and A-42 (Madrid-Toledo) highways, the M-50 and M-45 Madrid ring roads and has direct access to R-4 (Madrid-Ocaña Toll).

3 January 2020 – Real estate investment in Spain ended the year of 2019 with a total investment volume of approximately €12 billion, a drop of 35% year-on-year, according to a study by Savills Aguirre Newman.

Despite the seemingly steep fall in investment, the firm noted that demand remains robust, with prices forecast to increase by 3% to 4% in the coming year.

Jaime Pascual-Sanchiz, the CEO of Savills Aguirre Newman, averred that the decline was largely concentrated in the market for existing homes. The executive expects the continued growth of new developments, though at a reduced pace. Construction has declined in some specific markets, such as Madrid, Valencia, Malaga and some of the islands, which had seen extraordinary levels of growth last year.

17 December 2019 – Barcelona’s real estate office market is amid an investment boom and is projected to end the year with record investments of 1.7 billion euros. That figure is the highest of the last twenty years, according to a study by Savills Aguirre Newman.

In the year to date, investments in offices in Barcelona have hit 1.4 billion euros. Market sources also expect that another €300-€400 million in deals will be finalised before 2020. Investors, 75% of whom are from outside Spain, have concluded acquisitions of more than sixty buildings, totalling more than 400,000 square meters of surface area, in 2019.

Sire has €2 billion to invest in European logistics and industrial assets.

According to financial sources, the Villar Mir Group has put its land and property developer subsidiary Inmobiliaria Espacio up for sale. The objective is to raise funds to repay the group’s creditor, the Monaco-based fund Tyrus Capital, and it follows the divestment of two other non-real estate entities, Fertiberia and Ferratlántica, in August.

Savills Aguirre Newman has been engaged to coordinate the sale after valuing the entity’s land and plots at €256.88 million as at 31 December 2017. The assets may be sold as a set or piecemeal. Moreover, the company has tax credits worth between €100 million and €200 million, which is where the real value of Inmobiliaria Espacio lies.

According to the latest available data, the company reported an EBITDA of €1.61 million in 2017 and sales of €46.77 million, up by 23.2% YoY. Moreover, it has an excellent and sizeable portfolio of land for development in good locations, for which planning permission has been granted, and therefore an improvement in sales is forecast over the next few years.

Last year, Tyrus Capital lent the Villar Mir Group €360 million to refinance the debt that the traditional banks did not want to extend. The conditions of that loan are onerous – it has a two-year term (of which one year has already passed) and it carries an interest rate of between 10% and 12%. As such, the group wants to sell off its assets in an orderly fashion to repay and reduce its financing, and so time is of the essence.

Málaga currently has 1,200 places for non-residential students, according to Savills Aguirre Newman. The consultancy believes that the city needs to double that figure. At the moment, developers are working on six new projects, with a total of 900 new places, to be ready by 2022.

The University of Malaga has around 35,000 students, including full-time and part-time, and many of them come from other parts of Spain or even abroad. The recent long-term increase in residential rates is beginning to deter some people from carrying out their studies in the city.

The Grifols family, the main shareholder of the pharmaceutical group of the same name, has purchased a sought-after building on Calle Velázquez, 21 in Madrid through its Socimi Centurion Real Estate.

Until now, the property had been jointly owned by the Gancedo family, which has occupied the commercial space on the ground and first floors for more than 70 years, and another family, comprising around 20 interested members, who owned the upper four residential floors.

According to various sources, last year, the Grifols family reached an agreement with the Gancedo family to purchase its share of the property for €20 million, in a deal brokered by Savills Aguirre Newman. The sale of the residential floors of the building is now being brokered by CBRE and is expected to close in September for €32 million, taking the total purchase price to €52 million, equivalent to €8,000/m2.

Created in 2014, Centurion has been famous until now as the landlord of the pharmaceutical company, given that it owns the four buildings that house the company’s offices in Barcelona, on Calle Jesús y María, and in Sant Cugat del Vallès. This represents the Socimi’s first major purchase in Madrid and sees its entry into the luxury home market in the heart of the Spanish capital.