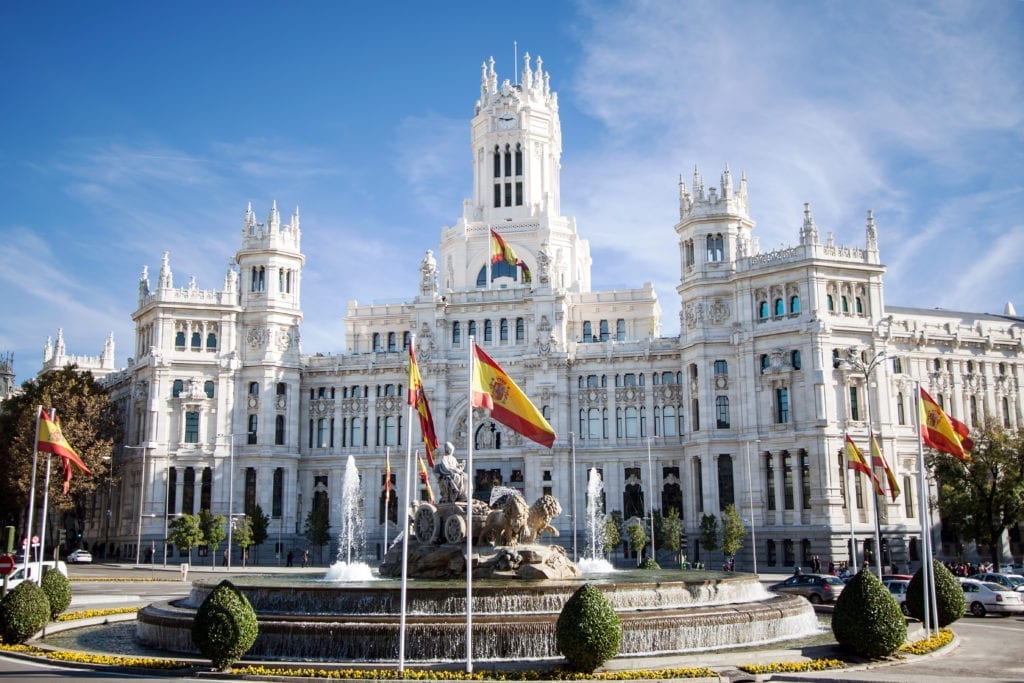 These public plots, which span a buildable surface area of 151,651 square metres, will allow for the construction of more than 2,000 affordable rental homes.

Madrid City Council’s Urban Development team is going to put out to tender a total of 26 municipal plots, grouped into five lots on the basis of their building characteristics and locations for award under the land rights regime. These public plots will allow for the construction of more than 2,000 affordable rental homes, according to reports from idealista/news.

“It is the first time that a public administration in Spain is going to intervene in the rental market like this, which will contribute to a decrease in prices”, say sources from the Urban Development team. In total, the plots span a buildable surface area of 151,651 square metres and are distributed in 11 districts: Arganzuela, Carabanchel, Ciudad Lineal, Fuencarral-El Pardo, Hortaleza, Latina, Moncloa-Aravaca, Retiro, Villaverde, San Blas-Canillejas and Usera.

Cerberus and Kronos are joining forces in an attempt to acquire Banco Sabadell’s land. They are holding negotiations regarding how they would divide the plots, which are worth around €850 million in total, in the event that the US fund emerges victorious from the bid to acquire Sdin Residencial’s land portfolio.

In theory, Cerberus would hold onto the land that is ready for development as well as those plots already under construction (64% of the total). Meanwhile, Kronos would take ownership of the rest, including the reparcelled and sectorised plots, for which urban planning permission has been granted.

Earlier this week, it was announced that Azora, one of the largest rental home managers in the country, is set to buy two of the three plots that Atlético de Madrid has up for sale as part of Operación Calderón. Now, it has been revealed that the favourite in the running to acquire the third plot is the real estate firm Stoneweg, founded by Jaume Sabater and Joaquín Castellví.

Stoneweg will reportedly team up with a partner for the operation and will to dedicate the plot to rental homes. These types of projects are gaining weight in the capital in light of the high demand in the market, which has caused prices in some areas to soar. In fact, Azora is also planning to dedicate some of its two plots to rental housing.

Stoneweg is an expert in the rental home market with a portfolio of 10,000 rental units in the USA. In Spain, the firm operates through Stoneweg Living and has 10 developments in Barcelona, 9 in Madrid and 7 in various locations along the coast.

It is understood that Atlético de Madrid wants to complete the sale of all three plots before the end of June, as the club’s year-end is 30 June. The proceeds will represent a significant capital injection, which will allow AM to pay off some of its debt and buy more players over the summer.

Last year, Habitat Inmobiliaria, the property developer owned by Bain Capital invested €120 million in the purchase of 27 plots across Spain. The plan is to repeat that activity in 2019 with the launch of twenty developments and the commencement of building work at 25 sites.

So far this year, the firm has already purchased six plots for €52 million, has launched eleven developments comprising 1,207 homes. It has also started building work at 9 sites comprising 800 units.

The company’s medium-term plan is to invest €500 million in land purchases between 2018 and 2021 in order to achieve a cruising speed of 2,000 new home deliveries per year from 2021 onwards.

In parallel, the company is considering industrialising two of its developments, although its CEO, José Carlos Saz, is somewhat sceptical about the industrialisation of construction.

In total in 2019, Habitat expects to hand over around 300 homes in 2019, with that figure rising slightly in 2020. Such forecasts are now under the spotlight after Neinor disappointed the market by revising downwards its expected home deliveries in April.

The manager ADU Mediterráneo and CONCOVI (the Confederation of Housing Cooperatives in Spain) has reached an agreement with Valencia CF to purchase the plots on the site of the current Mestalla stadium.

It is the largest land transaction to be signed for a decade in Valencia, with a surface area of 97,225 m2, of which 55,769 m2 will be dedicated to residential use and 41,456 m2 for tertiary purposes.

According to the newspaper Las Provincias, the consideration for the deal could amount to more than €115 million. Valencia FC will move to its new stadium during the 2022-2023 season. CBRE will exclusively manage the sale of the tertiary and residential properties.

The Ministry of Defence has completed the sale of the plots of land on Calle Arturo Soria in Madrid that used to house the Hospital del Aire until 2004. The buyer is Dedir Clínica, owned by Welldone Investment, which has paid €22.6 million for the site. The group also owns the building where the Hospital Quirón Palmaplanas is located in Palma de Mallorca.

The plots of land in Madrid have a surface area of almost 30,000 m2 and are currently dedicated to public use, although that status may be changed to private or residential use. The hospital that previously stood on the site was demolished in 2004 and the land is currently in disuse.

Neinor Homes is not going to be one of the candidates that submits an offer to acquire Solvia Desarrollos Inmobiliarios (SDI), the subsidiary of Banco Sabadell. The real estate company has been studying the operation for a while but has concluded, following its initial analysis, that the numbers do not fit with its investment philosophy.

That is according to explanations provided by Neinor’s CEO, Juan Velayos, who acknowledged that he has the sales prospectus on his desk but that at the moment, “it is not a priority” for him. We are talking about a company that has a portfolio of 300 buildable plots and which the bank led by Jaime Guardiola put up for sale in January.

Velayos himself acknowledges that he “loves the portfolio”, but he’s not so convinced by the numbers being seen in the market”. (…). “I’m afraid that it is not going to be for us from the perspective of a disciplined investor”, he said. The first valuations of SDI’s land are in the region of €1.3 billion, given that the portfolio also includes 130 real estate developments in different areas with 5,000 homes under construction.

Indeed, the price of land is one of Neinor’s obsessions. Over the last year, it has purchased 2,400 plots in which it has invested €95 million. Neinor’s CEO believes that his firm has adopted a prudent policy in this regard (…).

As a result, it looks like Neinor will not be one of the candidates to bid for Sabadell’s subsidiary in the end. The bank is awaiting possible expressions of interest for its land company. The intention is to receive binding offers before the end of this quarter and to settle the sale during the month of April.

In terms of the parties that are interested in SDI, they include some of the main international funds such as Cerberus, Värde, Oaktree and Blackstone (…).

The sale of SDI comes after Banco Sabadell sold Solvia, its real estate servicer for €300 million, for which it obtained capital gains of €185 million (…).

On Friday at a meeting of the Local Government, the Property Department of the Town Hall of Valencia, led by María Oliver, approved the transfer of eight plots of land to cooperatives for the purpose of constructing 118 social housing units in several of the city’s neighbourhoods, in particular in the Nou Moles and Massarrojos areas, with 46 and 20 homes, respectively. The formula chosen by the Town Hall transfers the land for a period of between 50 and 75 years.

The councillor for Housing and Property, María Oliver, said that the objective is “to limit the capacity for speculation”. And in that same sense, she insisted that “people will no be allowed to be removed from their neighbourhoods” (…).

All of the publicly protected housing, known by their initials VPP (‘viviendas de protección pública’) will be distributed between the districts of l’Olivereta, Poblats Marítims, Quatre Carreres and los Pobles del Nord, Sud and Oest, and will comprise exactly 118 homes, according to the calculations performed by the Housing Department (…).

Aquila Capital is stepping up a gear in Spain. The German fund manager, through its property developer AQ Acentor, is going to invest €200 million in two residential developments in the province of Barcelona. The company has closed two land purchases, one in Viladecans and the other in Zona Franca, where it is going to construct 1,100 homes, according to Sven Schoel, manager of the company, speaking to Eje Prime.

“For us, Spain is a fundamental market at the moment and for that reason, we are looking for more land, above all in Barcelona, Madrid, Sevilla and Bilbao”, explained the executive, who added that during the course of 2019, the company expects to close more than one operation in those cities.

Following the latest two acquisitions, AQ Acentor currently has 5,000 homes under development, distributed over seven projects: three in the province of Barcelona (in Sant Adrià del Besòs, Sant Cugat del Vallès, Zona Franca, L’Hospitalet de Llobregat and Viladecans), two in Madrid (in the neighbourhoods of Lla Moraleja and La Ciudad de los Ángeles), two in Málaga (one in Rincón de la Victoria and another one in Estepona), and a final one in Valencia.

In Valencia, the company is working on the development of a residential and tertiary use complex, where it has made an investment of more than €350 million. That is the project through which the company debuted in Spain, in September 2018. It will house a total of 1,800 homes on a plot spanning 130,000 m2 (…).

On the other hand, the group also still has its sights set on Portugal, the country that Aquila Capital has entered through investments in the renewable energy sector. “We have identified two operations in the Lisbon residential market that we hope to close during the course of this year”, said the director.

AQ Acentor is financed by Aquila Capital, which is also present in the German residential market and has a portfolio of assets worth €7 billion. The fund manager’s commitment to the property developer is long term. In fact, the manager of the company denies any plans to debut on the stock market soon. “We have been in Spain for almost five years and we have no intention of divesting”, concluded Schoel.