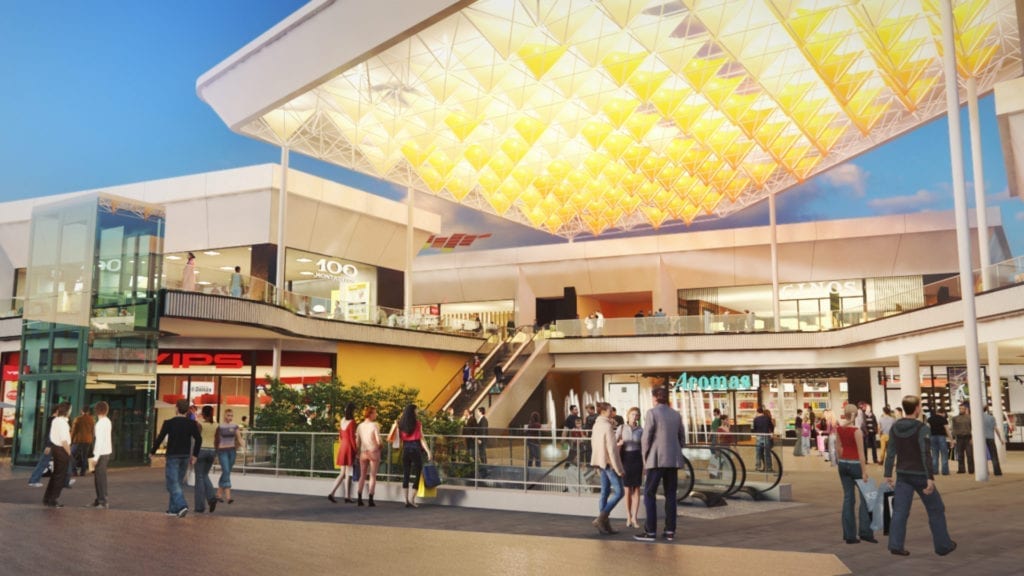 The retail park owned by Kronos Properties is 94% complete, but the Covid-19 situation has caused its opening to be delayed until the autumn.

Way Dos Hermanas, the commercial project owned by the real estate company Kronos Properties, has postponed its opening due to the health crisis caused by Covid-19. Now, the firm led by Saïd Hejal is planning to open the doors of the retail park between the end of September and the beginning of October, whenever the situation allows. This decision has been made in agreement with the project’s main tenants, according to the company.

Way Dos Hermanas is in a very advanced state of construction – 94% complete -, but the Covid-19 situation has made it difficult for equipment to be moved between cities and a significant number of future operators have not been able to resume their work. Likewise, “the retail park wants to ensure that the inauguration is performed with the utmost regard for the safety of workers and customers, which has motivated its opening to be delayed.” Building work at the site has now been resumed in accordance with the new health and safety measures decreed by the authorities.

Shopping centres and retail parks are still fashionable despite the boom in online commerce. In this context, Spain is going to increase its retail surface area by 650,000 m2 over the next three years with the opening of 17 new centres by 2021. In addition, eight of the existing centres are going to be expanded to 267,250m2, according to data from the Spanish Association of Shopping Centres and Retail Parks (AECC).

Spain currently has a gross leasable surface area of 16 million m2, spread over 563 shopping centres and retail parks, which generate 720,000 jobs, 46% of which are direct.

This growth in space is being accompanied by rising interest from investors in these types of assets.

In operational terms, sales at shopping centres and retail parks rose by 2.7% last year to €45.5 billion, whilst visitor numbers increased by 3.1% to 1.97 million. Sources at AECC forecast continued sales growth, albeit at a slower rate than in previous years due to a deceleration in domestic consumption (…).

The Plaza Río 2 shopping centre, which is located on the banks of the Manzanares River and opposite the Matadero of Madrid, will open its doors on 20 October.

The new shopping centre, in whose construction almost €200 million has been invested, spans a commercial surface area of 40,000 square metres. It will be one of the iconic shopping centres in the capital and will house up to 160 stores for large domestic and international groups.

Plaza Río 2 is a comprehensive and innovative alternative, thanks not only to its extensive retail, leisure and gastronomic offering, but also its privileged location inside Madrid’s urban perimeter.

This ambitious project has been integrated into the Madrid Río initiative, and is the result of a collaboration between the public sector and a private company to achieve a positive impact on local employment, in harmony with the local environment.

It is the first major real estate project from the Town Hall of Madrid’s current government and it will provide a strong economic boost to the area. Plaza Río 2 has generated approximately 2,000 jobs during the construction phase and, following its opening, will create 1,800 permanent roles. In addition, it is going to offer the perfect combination of leisure, entertainment, fashion, gastronomy and services for the inhabitants of the neighbouring districts of Centro and Ribera del Manzanares.

The opening of Plaza Río 2 will be accompanied by the inauguration of the Mirador de Plaza Río 2, the largest restaurant terrace in the capital, covering a surface area of more than 3,000 m2. Visitors will be able to enjoy spectacular views of the city from the rooftop, together with a varied gastronomic offering. It is regarded as the pinnacle of the Madrid Río project.

Plaza Río 2 has been designed by the architecture firm Chapman Taylor and will comprise three retail floors and a fourth dedicated exclusively to restaurants. Natural light will feature heavily throughout the centre and the building will be equipped with the most advanced systems in terms of energy efficiency and sustainability.

The project has been promoted by La Sociedad General Inmobiliaria de España (LSGIE), taking its portfolio of shopping centres across Spain to eight. LSGIE’s first centre was Madrid 2 La Vaguada, and since then, it has embarked on several others, including:

The hotel chain Meliá plans to open at least 23 hotels this year as part of its expansion plans. Six will be opened in the Asia-Pacific region, with inaugurations planned in Vietnam, China and Indonesia.

The Vice-President and CEO of the group, Gabriel Escarrer, said that the company will continue the pace of signings and new openings this year, after several years during which it has opened between 20 and 30 hotels a year, which represents one new property every two or three weeks.

Six new hotels will be opened in Latin America and the Caribbean. They will include the Gran Meliá Nacional Río de Janeiro, which is looking to revolutionise the luxury hotel market in the Brazilian city and which will be open soon. In Europe, Meliá will also open another five hotels, three in Spain, whereby strengthening its commitment to major cities and urban destinations that are oriented towards leisure.

The group is also planning to open three hotels in the Middle East: one in Doha, one in the Maldives and the ME Dubai, which will open in December and which was designed by the architect Zaha Hadid. Meanwhile, in Africa, it will open another three establishments, in its first foray into the holiday segment, in Morocco, Cape Verde and Tanzania.

The company has also announced the signing of two new hotels, which will open in 2019. The first will represent Meliá’s debut in The Netherlands, with a 328-room property in Amsterdam. The second will be located in Terminal 3 of the Paris-Charles de Gaulle airport and is the result of the hotel chain’s agreement with the French group ADP, which manages the airports in the French capital.

Grupo Villar Mir, the controlling shareholder of OHL, is making progress with its aggressive divestment plan, through which it aims to reduce its own level of indebtedness, as well as that of the construction company, and solve the financial problems that it finds itself immersed in. To this end, the industrial holding company has accelerated the search process to identify an investor willing to buy some of the complex of Canalejas buildings in Madrid.

Specifically, the Villar Mir group, which controls the project through a holding company (75%) and OHL (25%) has engaged the real estate consultancy Colliers to analyse the sale of a minority stake in the Canalejas complex, the real estate project that it is currently developing in the centre of Madrid.

The aim is to analyse the proposals that various investment groups have submitted to the owner of OHL, to participate in the project, which is expected to require an investment of €500 million. “This analysis phase will be completed in October and only then will we be able to take a decision regarding the possible partial divestment, whilst retaining control over and our commitment to the project”, said sources at the company.

According to El Confidencial, a number of possible interested parties are presenting themselves as contenders, including the international funds TH Real Estate and Lone Star.

In any case, Villar Mir will retain a majority stake in the project, given that its intention is to sell a stake of between 30% and 49%.

At the beginning of 2013, Villar Mir purchased seven buildings from Banco Santander, located between Calles de Alcalá, Sevilla and Plaza de Canalejas, for €215 million. The complex will house a luxury hotel managed by the Four Seasons chain, around 20 homes associated with the hotel, a shopping centre covering 15,000 sqm and a 500-space car park.

Initially, Villar Mir hoped to open the complex at the end of 2016, but problems with the Town Hall of Madrid relating to the renovation work delayed the project and it is now not expected to open until 2018. The construction company has launched a comprehensive divestment plan. Its portfolio of assets available for sale include 7% of Abertis, the industrial division, and the Mayacobá Mexican hotels. (…).