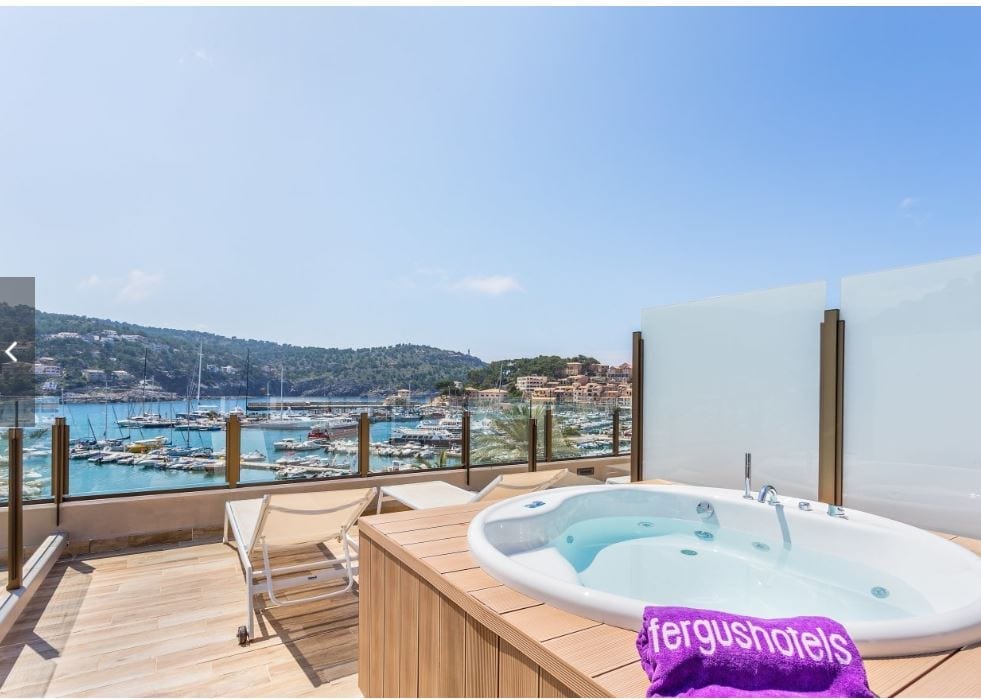 Hotel occupancy rates fell by more than 45% in March, after just 15 days of confinement, and the average revenue per room decreased by 41%.

On Thursday, Spain’s National Institute of Statistics (INE) published the first official figures showing the impact of the coronavirus on the Spanish tourism market. According to this data, in the month of March alone, with lockdown measures decreed on the 14th of the month following the State of Emergency, hotels in Spain saw a 41% decrease in their revenues, whilst occupancy rates fell by more than 45%.

In March, the average daily revenue per available room (RevPAR) -which is determined by the occupancy rates recorded in hotel establishments- stood at €29.7, down by 41% compared to the same period in 2019. The average daily rate for each occupied hotel room (ADR) was €78 in March, which represents a decrease of 4.2% compared to the same month of 2019. 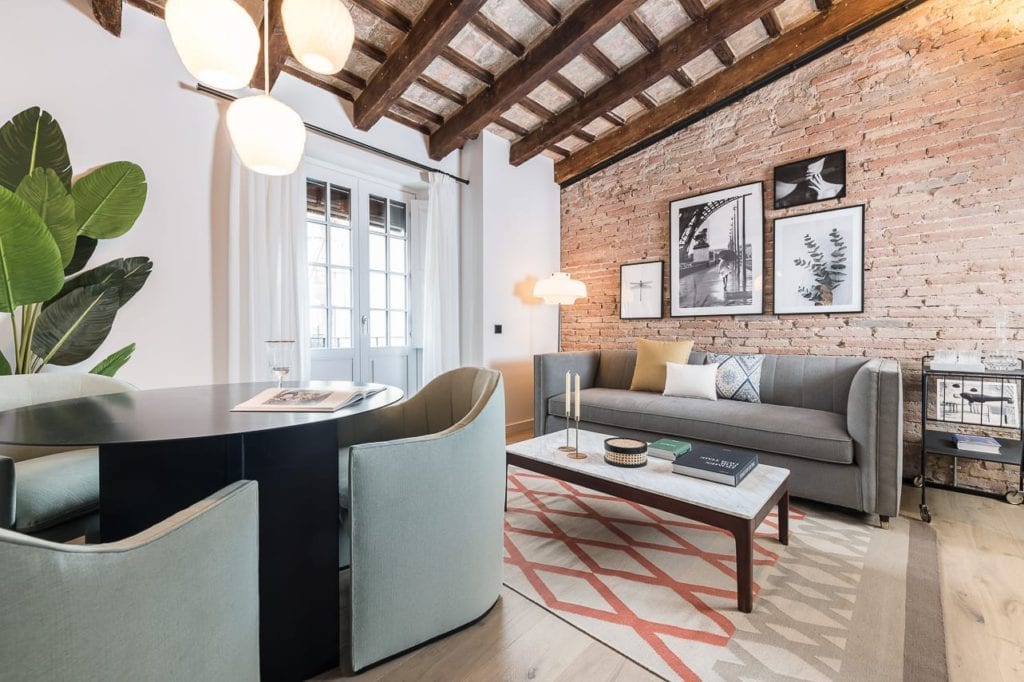 The Socimi has acknowledged that there is a risk that the building work that it is carrying out in some of its buildings may be temporarily suspended due to the pandemic.

The Socimi Home Capital, which rents apartments to professionals on business trips, has indicated that the average occupancy of its building on Blasco de Garay, 32 in Madrid stands at 50.3%, whilst the asset that it owns on Gignàs, 26 in Barcelona has an occupancy rate of 7.9%, as reported by the firm to the Alternative Investment Market (MAB). The company does not believe that the occupancy level of its buildings will improve for as long as the current restrictions continue.

The Socimi, which made its debut on the alternative market in the midst of the coronavirus crisis, has acknowledged that there is a risk that the building work that it is carrying out in some of its buildings may be temporarily suspended, in the event of a possible closure of the work centres by the administration, with the consequent delay in their completion.

The global investment manager Invesco has completed the sale of a logistics warehouse in Getafe (Madrid) to the British firm M&G Investments for €32 million.

The warehouse, which was constructed in 2018, has a surface area of 29,536 m2 and 36 loading docks. It is located on the Los Gavilanes industrial estate, by the junction of the A4 with the M-50.

The property has an occupancy rate of 85% and is leased to a number of tenants including the supermarket chain Mercadona and the specialist transport company Acer. It is certified as a sustainable building with a LEED Silver rating.

Iberdrola has put Torre Auditori, which forms part of the BCN Fira District business park in Barcelona, up for sale. The property comprises 21 storeys and spans a surface area of 22,899 m2, generating annual rental income of more than €4.3 million. The current occupancy rate of the property is 98% and its tenants include Cepsa, Ferrovial, Marmedesa, Asus and Iberdrola itself.

The building forms part of the business park that the company is constructing on Paseo de la Zona Franca, which currently comprises Torre Auditori and Torre Marina (which is leased to the pharmaceutical firm Esteve). Iberdrola is building two more properties, which will be handed over during the first quarter of 2021.

The Socimi VBare, which specialises in the management of residential assets, generated a profit of €4.8 million in 2018, up by 100% compared to the previous year. That increase was driven by the strong performance of its rental income and an appreciation in the value of its portfolio.

In this context, the company is going to carry out another capital increase within the coming months to finance the acquisition of more properties and further fatten up its portfolio.

Looking ahead, the Socimi plans to continue focusing its investments in Madrid. Already this year, it has purchased a building containing 27 homes and two premises on Calle Vallehermoso in the Spanish capital for €5.2 million. Following that operation, the company’s portfolio contains 301 units.

The Socimi Merlin Properties closed 2018 with an increase in revenues thanks to the strong performance of its rental properties. Its total turnover amounted to €509 million, up by 5.2%, boosted by a 6.5% improvement in gross sales to €500 million. The real estate company’s EBITDA reached €403 million, up by 2.8%. The operating result fell by 22% to €855 million.

The company’s main source of income is the rental from its office buildings, followed by its shopping centres. The value of the Socimi’s assets amounted to €12.0 billion at the end of December 2018, which represented a YoY increase of 6.1%. The occupancy rate of its property portfolio rose to 93.4%.

Yesterday, the company highlighted the cost control of its financial debt, which amounted to €4.9 billion with an indebtedness ratio of just over 40% and financial costs that have reduced to 2.13% following the most recent refinancings.

The work to renovate Edificio España is progressing towards its imminent completion after years of drama involving the historical skyscraper in Madrid’s Plaza de España, constructed between 1948 and 1953. The hotel chain Riu expects to conclude the renovation work in the spring and will inaugurate its hotel Riu Plaza España at the beginning of the summer, most likely in June. The Mallorcan chain expects to open with an occupancy rate of 65% for the first few months of operation, according to explanations provided by sources at the company.

The hotelier expects that half of the guests at Riu Plaza España will be business travellers and the rest tourists. The company chose the 4-star format for this establishment precisely to strengthen its business market, since many companies expressly prohibit their employees from staying in 5-star hotels.

Riu Plaza España is one of the company’s largest hotels, with 585 rooms and the first to operate under the Plaza brand in the city, focused on the urban market. Regarding the provenance of its guests, Riu expects 60% to come from overseas (…).

Prologis is growing in Spain. The US company, which specialises in logistics, has announced the acquisition of five logistics assets spanning a combined surface area of 58,000 m2. The properties have been acquired from Kefren and are located in Madrid and Barcelona. The operation has been carried out through Prologis European Properties Fund.

The five acquired properties have a high occupancy rate, with stable rental contracts and a diverse base of tenants, according to the company. Those tenants include a combination of external logistics suppliers and end users in the automotive and engineering sectors, amongst others.

Until the end of 2018, Prologis had undertaken investments in properties and projects under development spanning 71 million m2 in total across nineteen countries.

Vbare is continuing its commitment to Spain. In 2018, the company invested €15 million in the purchase of residential properties. In January 2019 alone, the Socimi spent another €5.5 million on the purchase of number 94 Calle Vallehermoso, taking the firm’s total investment since 2016, the year it made its stock market debut, to €34.2 million.

The company’s most talked about acquisitions include the purchase of a building comprising 27 homes and 2 commercial premises in Madrid for €5.2 million. That was its second largest investment to date, after its purchase in October of another property on Calle Luchana for €10.5 million.

The trend demonstrates Vbare’s commitment to prime assets. The Socimi has purchased 29 properties in 2019 compared with the 52 that it bought in 2015. Nevertheless, the price of those investments is 41.03% higher. In other words, the cost per property has risen from €75,000 per unit to almost €190,000.

Nevertheless, and despite the investments undertaken in 2018, the group reduced its net result during the first nine months of last year. Its profit amounted to €1.84 million, down by 15.6% compared with the same period in 2017, according to a statement issued by the company to the Alternative Investment Market (MAB).

For this reason, the company now intends to increase its influence in Madrid, in terms of both square metres, as well as the number of units that it owns. In general terms, the group also plans to increase the occupancy rate of its buildings from 83% to 90%.

Lar España is pushing ahead with its plan to reign in the Spanish retail sector. The Socimi, which launched a €500 million investment project last year, to run until 2021, is continuing with its roadmap with three new projects in 2019. The company is planning to build one new complex this year, renovate one of the jewels in its crown, Anèc Blau, and open its new centre in Sevilla, Lagoh, at the end of the year.

Specifically, the company is going to dedicate €13.8 million to the renovation of Anèc Blau, a shopping centre located in Castelldefels (Barcelona) and which is one of the company’s best assets. The objective is to start to renovate it this year without closing the centre’s doors.

On the other hand, Lar España is preparing a new development for this year, although its location has not yet been revealed, according to Hernán San Pedro, the Socimi’s Director of Investor Relations, speaking to Eje Prime.

The third workstream of Lar’s plan for this year is the announced opening of its new complex in Sevilla, Lagoh (previously called Palmas Altas), which is going to have a surface area of 25,000 m2 and which has already reached an occupancy rate of 70%. “Experiences are going to form the centre of the complex, with a golf course, a climbing wall, a lake and a garden on the roof”, says the executive.

Lar España is planning to disburse almost €500 million between now and 2021, of which €265 million will be dedicated to building new complexes and improving existing centres and another €250 million will be for new acquisitions (…).