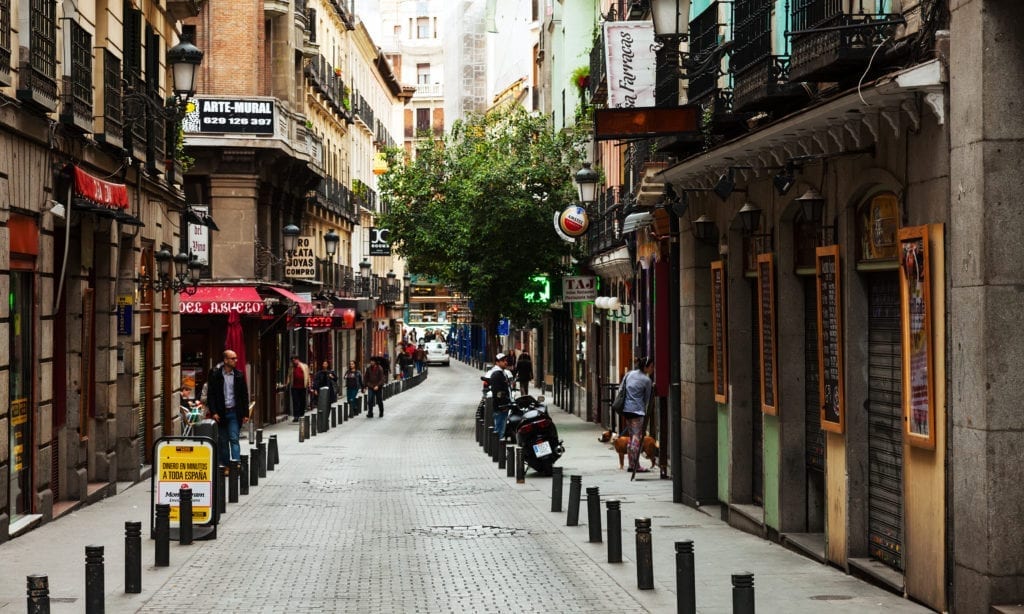 The Ministry of Industry is in the middle of designing an aid plan for the tenants of commercial premises.

The Government is in the middle of designing an aid plan for the tenants of commercial premises. The Minister for Industry, Commerce and Tourism, Reyes Maroto, explained that “drafts have already been drawn up for this measure” and that the will “is to approve the aid as soon as possible because we know that rent represents a very important fixed cost”, in an interview with Expansión.

In fact, seven trade associations from the sector, including the Spanish Federation of Home Appliance Merchants (FECE), the Spanish Confederation of Commerce (CEC), the Spanish Association of Central Purchases (Anceco) and the retail, services and restaurant associations, Amicca, Acotex, Comertia and Eurelia, sent a document to the Government explaining their inability to cover certain expenses, such as paying the rent on commercial premises. They requested actions to alleviate the effects of the lockdown on their businesses.

Turespaña, which forms part of the Ministry of Industry, has now prepared a feasibility study for the renovation of the Palacio de Congresos de la Castellana. It calculates that the project will cost €90 million and it lowers the height of the adjoining luxury hotel.

The Ministry of Industry calculates that the building work to renovate the Palacio de Congresos de la Castellana in Madrid, and to construct a new hotel with more than 200 rooms, will cost around €90 million and will take approximately three years to complete, whereby generating subsequent employment (directly and indirectly) for more than 600 people.

Those are the findings of the feasibility study that Spain’s Institute of Tourism (el ‘Instituto de Turismo de España’ or Turespaña) has made available for public consultation over the next two months (until 7 December). Its intention is to convince potential investors, which will have to cover the construction costs of the project, in exchange for a concession to operate the complex, about the benefits of the project.

The venue first opened its doors in 1971 and closed them for the last time at the end of 2012, after shortcomings were detected in terms of fire safety and general security, which forced it to undertake a comprehensive renovation of the building. Nevertheless, Turespaña acknowledged that it did not have sufficient funds to undertake this investment and that it must turn to the private sector.

The project will be awarded as a 40-year concession agreement, with an annual fee of approximately €1.25 million. According to the document, the work to construct the new five-star hotel will cost almost €22 million. The Ministry of Industry expects that a new 17-storey tower will house the luxury hotel (six floors less than initially envisaged by the public body). The project must retain the building’s main façade, as well as the façade that looks onto the Paseo de la Castellana, which has displayed a Joan Miró mural since 1980 – the mural is expected to be restored at a cost of €450,000.

The aim is to have a five-star hotel with 180 double rooms and 36 junior suites, as well as an executive lounge, gymnasium, swimming pool complex and spa.

The next step to be taken by whoever wins the public concession will be to request a building permit from the Town Hall.

The Executive encourages potential investors to participate in the project thanks to Madrid’s “significant growth potential” in the area of business tourism. It also presents other arguments in favour of the project, such as the proximity of the site to the Santiago Bernabéu stadium and the lack of other five-star hotels in the capital, where the Four Seasons hotel chain is hoping to open a hotel in the Canalejas Complex that OHL is currently building.

The Government’s hypothesis is that 65% of the revenues will be generated from conventions, meetings and exhibitions, compared with 20% from the business segment, 8.5% from social events and a further 6.5% from overnight weekend visitors or extended stays following congresses or conferences.