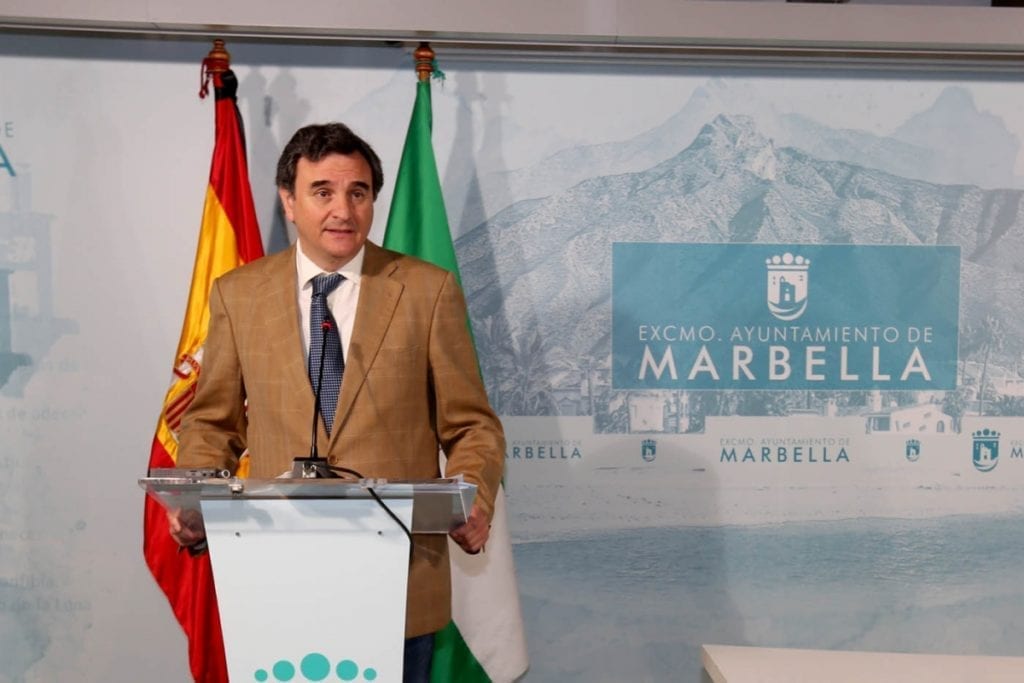 Tomás Olivo, through his socimi General de Galerías Comerciales, has acquired a series of urban plots of land in the provinces of Malaga and Huelva worth 68 million euros.  In the first semester of this year, the Spanish socimi, 99.5% owned by Tomás Olivo, has made equity-financed acquisitions totalling 140 million euros. The firm acquired two million square meters for 25.7 million euros plus VAT just in Marbella.

In Rincon de la Victoria, also in the province of Malaga, the investor acquired several plots of land, for a total of €11.5 million. Last July, General de Galerías Comerciales also announced that had purchased another urban plot of land, where it will be able to build 1,200 new homes, for 9.8 million euros.

The socimi also purchased 66.6% of the 83,839-square-meter plot of land known as La Azucarera, in Malaga, for 4 million euros plus VAT. The socimi had already owned the remaining 33.4%.

In addition, Olivo’s socimi acquired 103,576 square meters of land with a buildable area of ​​65,000 square meters in Huelva, where it plans on building offices. The firm reportedly paid 17 million euros.

Mansour bin Zayed bin Sultan Al Nahyan, the deputy prime minister of the United Arab Emirates and half-brother of the current president, has acquired a 25-hectare estate, the Finca Moratán-Bornoque, located less than half an hour from Marbella and nearby a property owned by Julio Iglesias. The estate is 750 meters above sea level, in the town of Monda, between the Sierra de las Nieves Natural Park and the Costa del Sol.

Bonifacio Solís, one of the largest developers in Estepona and Marbella, sold the property to the Arab investor for 14 million euros, after initially having requested €16 million. The transaction was carried out through Al Nahyan’s firm East And West Investment Spain S.L., domiciled in Valencia de Alcántara.

Finca Moratán-Bornoque has a large farmhouse with a ground floor and an upper floor, with a constructed surface area of ​​1,104.71 square meters, a guest house, two guardhouses, three smaller farmhouses and a 72-meter pool with surrounding gardens.

The estate also consists of more than ten buildings for use with cattle and horses, along with a 60-meter dam used for irrigation and fire prevention.

Platinum Estates has just completed the purchase of Finca Doña Julia, a plot spanning 40,000 m2 located in Casares, between Marbella and Sotogrande, where the Hong-Kong based fund is planning to open a 4-star hotel.

The future establishment is going to be built on the structure that the property developer Evemarina designed for Park Hyatt. Work was suspended on that project after the company filed for bankruptcy when the economic crisis hit.

The debt ended up in the hands of seven banks, which have now sold their stakes to Platinum for an undisclosed amount. The fund led in Spain by Juan Luis Segalerva has been advised by Garrigues.

The same financial institutions have also transferred another plot to Platinum next to Finca Doña Julia, measuring 11,000 m2.

All of these assets are located next to Finca Cosentín, where KKR, together with Altamar and Single Hom are going to invest €450 million in the development of exclusive villas and apartments.

The Swedish property developer Quartiers Properties is developing a luxury hotel in Marbella. The company, which is listed on the Nasdaq First North stock market in Stockholm, purchased the hotel complex, which is located 200m from the beach, very close to Puerto Banús, in 2017.

Quartiers is going to invest around €8.6 million in the renovation and development of the 5-star hotel, which will be called Boho Club and which will have 50 rooms as well as a restaurant led by the Michelin-starred chef Diego del Río. The restaurant will be inaugurated this summer, whilst the hotel will open its doors at the end of the year.

This is not the only asset that Quartiers Properties owns in Spain. It also has the Hacienda del Señorío de Cifuentes, a complex located in Benahavís (also in Málaga), which comprises 99 rental apartments for vacation and residential use. Nearby it has built another 22 apartments (22 by Quartiers) and next door to that, it owns land for the development of another 60 homes. It is also working on the construction of two luxury villas, both on the Costa del Sol.

Vital Inmobiliaria is launching its first residential development in the centre of Marbella with the construction of 16 villas spanning 8,000 m2 in total. The properties are going to be located on Avenida Huerta Belón and will comprise thirteen terraced houses and three detached homes.

Each home will have a surface area of 360 m2 distributed over two floors and an attic, as well as a communal garden and swimming pool. The construction work is due to begin in September, and the homes are expected to be ready for delivery by the summer of 2021.

The property developer is currently marketing nine other residential developments across Spain, two of which have already been constructed. The other seven are located in Tenerife (3), A Coruña (2), Asturias (1) and Marbella (another 1).

Berkeley Assets has just opened its first office in Spain, in Puerto Banús (Marbella). The investment fund, backed by capital in Dubai and London, also plans to open offices in Madrid and Barcelona by the end of the year.

The company will start by focusing its activity on Madrid, Barcelona and Málaga. It plans to raise funds and make substantial investments in the Spanish market, in its first venture outside of the UK and the USA.

Terralpa Investments is planning to invest €250 million in Spain over the next three years. The group, owned by the Mexican magnate Rodrigo Lebois (Unifin) and José Ramón Liñero (Terrafondo), is planning to focus its activity in Madrid, but is also interested in investing in other provincial capitals and internationally recognised cities across the country, such as Ibiza and Marbella.

The group completed its first operation in Spain in 2017 through the company Aralpa Inversiones, when it acquired the building located at number 11 Plaza del Marqués in the Salamanca neighbourhood of Madrid for almost €50 million.

As a result of that project, Terralpa Investments was created in February 2019, to focus on the development and renovation of prime homes. It is already working on its first operation, the purchase of number 5 Calle Monte Esquinza, in Madrid, for €14 million. That building contains twelve homes and the plan is to renovate the property in its entirety, starting this summer ready for delivery at the beginning of 2021.

The Marbella-based property developer Exxacon has been unveiling the details of the real estate developments that it is currently working on. In total, Exxacon is building 27 developments comprising terminated, under construction and planned properties.

Highlights include the upcoming Living Colmenar development in Madrid, its first major development outside of the province of Málaga, comprising 156 homes.

Another high profile project is its Urban Litoral development in Málaga, which will be the first building in the autonomous region of Andalucía to comply with the “Passivhaus” construction standards.

According to the firm’s CEO, Elena Cuberos, “Exxacon will double the number of homes being promoted over the next 3 years to 1,400 homes, which represents an investment of more than €400 million”.

The residential market in Andalucían is booming, despite the slowdown in demand from British buyers. The regional market is split into two clear segments – the market for second-hand homes for holiday use along the Costa del Sol, centred around Marbella and Estepona – and the market for primary residences across the rest of the autonomous region, where Málaga, Córdoba and Sevilla stand out with the most activity.

In the former, despite the decrease in demand from British purchasers due to Brexit, there has been a notable increase in buyers from the north of Europe, especially from Belgium and the Nordic countries.

In the latter, the local population, which primarily comprises families aged between 45 and 55 years old, with savings and stable incomes, is driving demand. For example, house sales in Córdoba grew by 16% in 2018, according to INE.