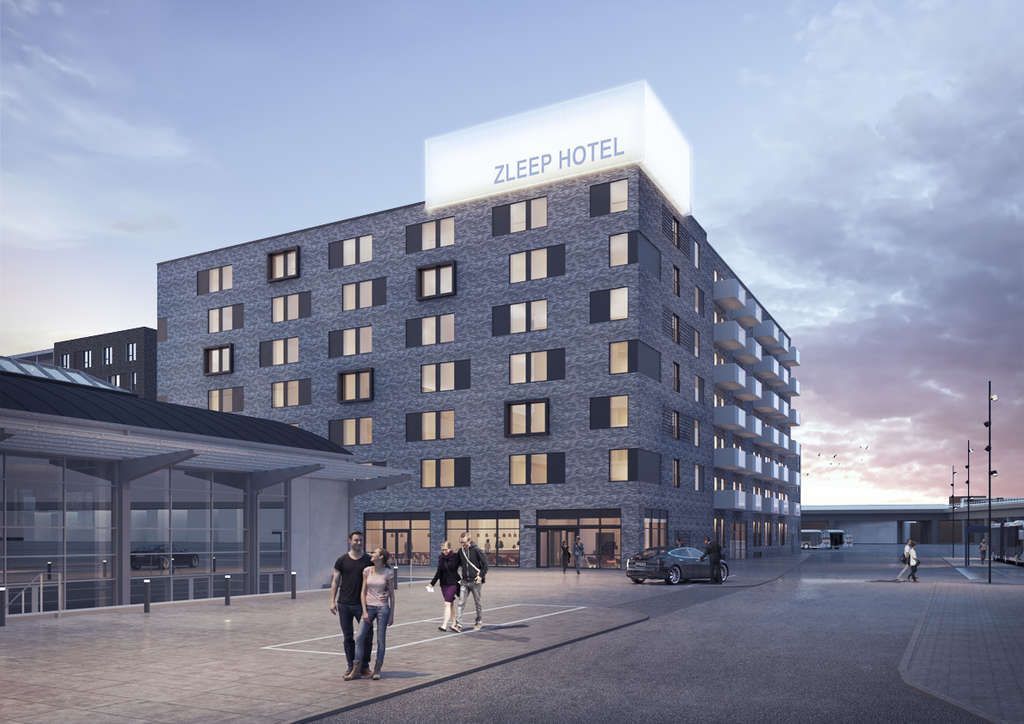 5 January 2020 – Deutsche Hospitality has signed an agreement to open the first Zleep Hotel in Spain, also its first outside of Scandinavia. The 280-room Zleep Hotel Madrid Airport will in the area around the Madrid-Barajas international airport.d

Deutsche Hospitality acquired Zleep Hotels at the start of 2019 and currently runs twelve hotels in Denmark and Sweden.

14 October 2019 – The executive Trinitario Casanova is planning on building a new hotel in Madrid Norte, the capital’s new residential area, between Valdebebas and Operation Chamartín. Casanova’s Baraka Group confirmed that it would develop the new hotel on a 38,000-m2 plot of land its owns near to the Real Madrid sports complex and the access to Madrid-Barajas airport. The project reportedly also includes plans for rental offices on the same site.

The area where the hotel will be located is in the ‘Valdebebas Fintech District’ in the new Madrid Nuevo Norte in the north of Madrid, where 11,400 new homes are already under development.

More green spaces, sustainable transport and a new financial district (city), which is going to change the face of the Castellana over the next 20 years. The thoroughfare that crosses the north of Madrid is going to grow up around Chamartín station, which will become a large hub due to its proximity to the airport. The mayor of the city, Manuela Carmena, having reached an agreement with the Minister for Development, José Luis Ábalos, the Community of Madrid and the property developer Distrito Castellana Norte (DCN) presented the Madrid Nuevo Norte project, also known as Operación Chamartín, on Friday. It is going to be one of the largest urban planning developments in Europe, and its aim is to launch the Spanish capital into the 21st century.

In numbers, Madrid Nuevo Norte is going to involve the renovation of an area spanning 2,600 km2, where the property developer Distrito Castellana Norte (DCN), the Town Hall, the Ministry of Development and the Community of Madrid are going to build a financial centre with large green spaces, modern buildings for latest generation offices and a new train station, which will be at the heart of the new financial district.

The future Chamartín station will become a domestic and international hub. Its strategic position, given its proximity to the Madrid-Barajas airport, will allow for journeys in record time. Adif is considering creating a direct connection between the station and the airport. The public company controlled by the Ministry of Development also announced that it is going to work on a direct connection between Chamartín and Atocha train stations.

The new business centre will be home to three skyscrapers, one of which will stand 250 m high, the tallest in Spain. The project is being inspired by the north of Europe from an urban planning perspective (experts highlight the similarities with the new financial district in Amsterdam). Specifically, due to the coexistence of work areas and residential spaces. In fact, leisure areas and housing will be created in Madrid’s new city. The idea is to build a centre that will be “open 24 hours a day, 7 days a week”, according to explanations provided by the Councillor for Sustainable Urban Development, José Manuel Calvo (Podemos).

The project will divide the space into four zones: Chamartín station, the business centre and the neighbourhoods of Malmea-San Roque-Tres Olivos and Las Tablas Oeste. In total, the Town Hall, which has led the project and  the negotiations with the private operators, has ensured that up to 20% of all the homes built in the area will be social housing properties (compared with 10% proposed by Ana Botella’s previous plan) (…).

In terms of the timings, the Town Hall expects to raise the project to the plenary this year. Nevertheless, the Community of Madrid still needs to approve several reports, including the environmental study, which is mandatory. The Community of Madrid is expected to approve the plan next year. If so, the first bricks will be laid in three or four years time. According to estimates from the property developers, this project will generate 200,000 jobs and involve an investment of €6 billion.

The office market in Madrid is just a few days away from seeing the completion of a deal that is shaping up to be the largest operation of the summer. The British fund Barings is finalising the purchase of five office buildings owned by Meridia Capital in the Avalon business park, which have a total surface area of 25,785 m2, according to confirmation provided by sources close to the operation speaking to Eje Prime.

The American fund Starwood Capital was also a finalist in the bid for this portfolio of assets, but in the end, Barings has fought off the competition to seal the deal. The total amount of the operation has not been revealed, but the transaction is expected to be signed within the next few days. The real estate consultancy firm Savills Aguirre Newman is advising Meridia on the sale.

Located in the Julián Camarillo district, the new tech area of the Spanish capital, the Avalon business park comprises nine buildings and spans a total surface area of almost 47,000 m2. The rest of the properties in the complex are owned by GreenOak, which purchased its four assets from Banco Santander in 2015 for €40 million.

That same year, Meridia also completed its entry as an owner of the Avalon properties. In May 2015, the Catalan fund, led by the businessman Javier Faus, acquired the five Madrilenian buildings, as part of its purchase for €60 million of 33 assets from Naropa Capital, the family office owned by the Fernández Fermoselle family. The offices in Julián Camarillo were the main assets in the portfolio, but it also included commercial premises, residential properties and even a plot of land in Valencia.

With this operation, Barings is acquiring five assets that, in addition to a vast office space, have 423 parking spaces in a highly sought-after area of Madrid, close to the Adolfo Suárez-Barajas airport.

Barings is on fire in the Spanish real estate market. This latest operation that it is on the verge of signing in Madrid follows several others that it has closed over the last year, to take advantage of the new upward cycle in the real estate sector.

Nevertheless, Avalon is the first large portfolio that the British fund has purchased in the Spanish office market. Barings is, therefore, diversifying within the real estate sector, where it has made investments in the logistics and retail segments in recent months (…).

€23 million more for new purchases and to create a Socimi

In the framework of its new roadmap for the Spanish real estate market, Barings carried out a capital increase amounting to €23.1 million last February for its Spanish subsidiary Barings Core Spain.

The reason for this reinforcement to its financial muscle resulted from the British fund’s interest to convert the company into a Socimi. The group’s intention is to combine all of the assets owned by Barings in Spain in this new vehicle and to list it on the Alternative Investment Market (MAB) over the coming months, as revealed by Eje Prime.

Prologis is welcoming the first tenant at its building in San Fernando de Henares, in Madrid. The giant of the logistics sector has leased 10,600 m2 of space to Airpharm, out of a total surface area of 21,000 m2 that it has developed in the area. The entire complex spans a surface area of 90,000 m2 in total.

As a specialist in the supply of transport and storage services for chemical, cosmetic and pharmaceutical products, Airpharm has chosen this property due to “its proximity to the Madrid-Barajas Airport”, amongst other reasons, according to a statement issued by the company.

This operation by Prologis is further evidence of the good health of the logistics sector in Spain. In Madrid alone, the leasing of these kinds of spaces exceeded 920,000 m2 last year, registering record figures. Moreover, during the first quarter, the rental of logistics space rose by 61% with respect to the same period in 2017, when 310,000 m2 of space was leased.

In terms of Prologis, the Spanish subsidiary of the US operator, which has a presence in 19 countries, recorded turnover from rental income of €38 million last year and managed to let 95% of the total surface area that it owns in Spain.

Alfil Logistics, a logistics operator that provides services for consumer, food and drinks products; and Transemer, a company specialising in the transportation of goods, have chosen this park for its great location and direct connections with Madrid-Barajas Airport, which is located just 500 m away. Similarly, the park has an excellent communication network with direct access to the A-2 and M-11 highways, as well as to the M-30 and M-40 ring roads.

“With these operations, we take the occupancy rate at Prologis Park Barajas to 100%. Our clients have immediate access to the Community of Madrid’s entire road network and the site is just 500m from Madrid-Barajas Airport”, said Gustavo Cardozo, Senior Vice-President of Prologis Iberia. “We are delighted that Alfil Logistics and Transemer have decided to strategically back our park in Barajas by consolidating their operations there”.

The real estate consultant CBRE and an independent agent have been responsible for advising these operations.