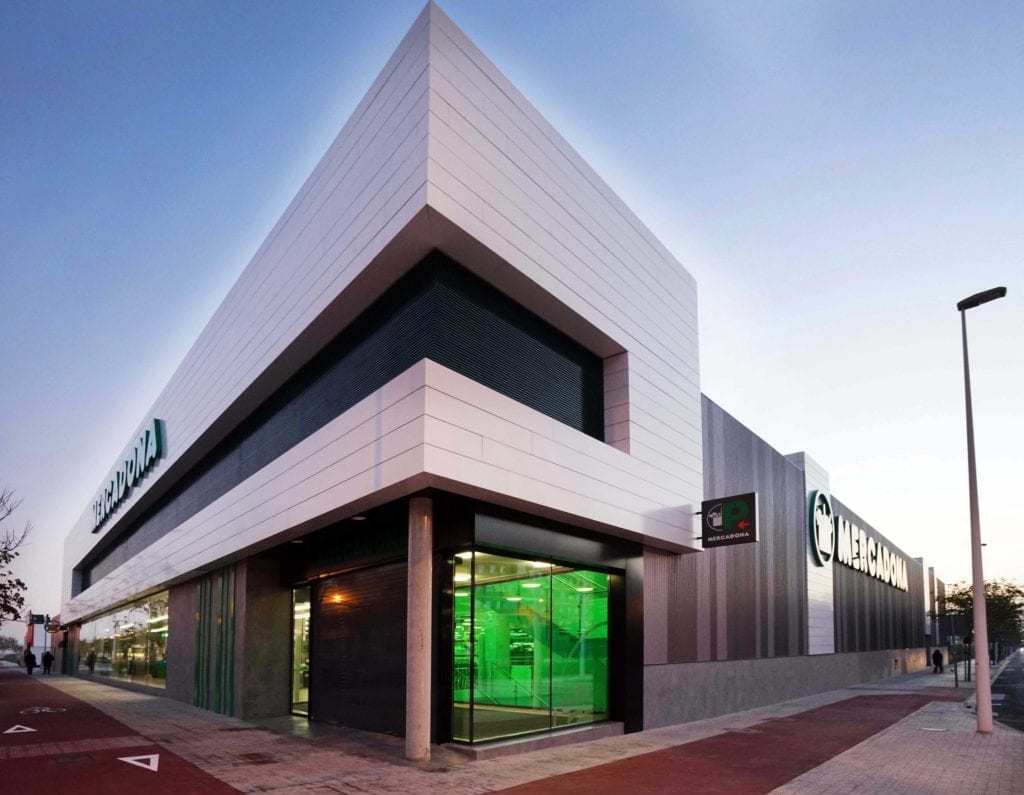 Mercadona is doubling its commitment to e-commerce in Barcelona. The Valencian supermarket chain has purchased a plot of land measuring 25,668 m2 in the municipality of Ripollet, where it is going to build a logistics platform to support its online business.

This new hive, which is what the group calls this new type of asset that it is promoting, will measure 14,650 m2 and will be the second establishment that the company has launched in Barcelona, after the premises it occupied in the Zona Franca, owned by Goodman, which is expected to be operational by 2020.

In Valencia, Mercadona already has a first warehouse specialising in online commerce. It is a platform with a surface area of 13,000 m2, which was inaugurated in May. The company led by Juan Roig is already looking for new locations in other parts of the country, primarily, in Madrid.

Grupo Hotusa is continuing to increase its portfolio of assets under ownership. The corporation chaired by Amancio López Seijas has purchased the Hotel Eurostars Gran Valencia, which the company has been managing through its hotel chain Eurostars.

The investment firm Atitlán – led by Aritza Rodero and Roberto Centeno, son-in-law of the owner of Mercadona, Juan Roig – was the owner of 66% of the hotel, according to explanations from market sources speaking to Expansión.

The hotel, located in the upper part of Torre Ademuz, has 110 rooms and a 4-star rating. Specifically, the Eurostars Gran Valencia occupies the upper floors of the building located on Avenida de las Cortes in Valencia, between the Palacio de Congresos and the future Nou Mestalla stadium.

Horwath HTL has advised the sales process, which began last year and which has been delayed for months due to the complexity involved.

In addition to the Hotel Eurostars, the building houses two hotels owned by Ilunion, which used to be managed by Accor, as well as a gym and a parking lot.

With this operation, Grupo Hotusa is taking another step in the framework of its expansion and purchasing plan, which extends both nationally and internationally. In this way, in May, Hotusa purchased Hotel Barceló Thalasso, located in Estepona (Málaga) from Sabadell and in March, it acquired the hotels Eurostars Gran Hotel La Toja and Eurostar Isla de la Toja in O Grove, Pontevedra, from Banco Popular.

The hotel consortium created in Barcelona in 1977 closed last year with a turnover of €1.24 billion, up by 15%.

The Eurostars Hotels chain, created by Grupo Hotusa in 2005, has around 100 establishments in large Spanish capitals and other international destinations such as New York, Paris, Berlin, Rome, Naples and Venice. Moreover, the group owns more than 50 hotels through its Exe Hotels chain.

Meanwhile, Atitlán is continuing with the divestment of its hotel properties with this operation. In this vein, a few months ago, it sold a portfolio of six establishments to Atom, the Socimi promoted by Bankinter (…).

There’s a new player in the Valencia real estate sector. The US fund Harbert Management Corporation is disembarking in Cap i Casal together with the property developer Momentum Real Estate Investment Managers with the purchase of three residential plots from a subsidiary of the real estate company ‘Nuevas Actividades Urbanas’ (NAU), a firm that has been controlled by the investor group Atitlan for the last year.

According to sources in the real estate sector, the operation involves two plots located in the Campanar neighbourhood – close to Maestro Rodrigo – plus a third plot in the area near to Avenida Alfahuir. In all cases, the plots are located in established residential areas of the city where the demand for housing is significant.

The fund has invested €33 million in total to acquire this set of assets, which are estimated to have a (roof space) impact of 42,900 m2. The operation put an end to a long sales process led by Atitlan itself in which more than a dozen parties had expressed their interest.

This is the first major operation that NAU has undertaken following the entry of Atitlan as a shareholder. Atitlan is owned by Roberto Centeno (pictured above) – the son-in-law of Juan Roig – and Aritza Rodero. The company has a stake equivalent to 40% in NAU, which allows it to lead the real estate firm.

It does so through Demeter Áurea, which has controlled 84.51% of NAU’s shares since 2017 after it acquired the 48.62% that Bankia held and received the 35.89% that Gesfesa transferred to it. NAU’s best assets include its stakes in the Aqua Multiespacio and Arena Multiespacios shopping centres in Valencia.

When asked about this, sources at Atitlan confirmed to this newspaper that “one of NAU’s subsidiaries that has filed for liquidation has sold three residential plots”. Nevertheless, the company distances itself from the operation. “Atitlan does not hold a majority stake in NAU and NAU does not hold a majority in the subsidiary that has sold the plots”, they confirmed.

A new property developer in the city

In any case, the operation represents the entry into Valencia of a new operator, the property developer Momentum Real Estate, which is called to lead the development of plots that until now were owned by NAU’s subsidiary. According to details provided by the firm on its website, it specialises in the construction of primary residences.

“It only works with ‘finalist’ assets, those that do not have any urban planning procedures pending”, said the company, which has a large portfolio of developments in Spain – mostly in Madrid – but which lacked projects in the Community of Valencia until now.

With regards to the fund, Harbert does already have experience in the Community of Valencia. It was the owner of the El Manar de Massalfassar shopping centre, which it sold in 2017 for around €40 million.

Mercadona is increasing its commitment to the logistics sector. The Valencian food group, which was very active last year, especially in its own autonomous region, has signed a rental agreement with Rockspring to lease a logistics warehouse measuring 29,000 m2 on the outskirts of Barcelona.

Mercadona is going to move into a logistics park in Sant Esteve de Sesrovires that was promoted by the investment fund manager Rockspring and the Goodman group, and which was inaugurated last March.

The asset has granted a Breeam certificate, which guarantees the sustainability of the warehouse and that its construction was undertaken in accordance with respect for the environment. According to Business Inmo, the property will be occupied in its entirety by the Spanish food distribution company.

This operation strengthens the commitment of the company led by Juan Roig to extend and renew its logistics portfolio. A few days ago, the group announced that it is going to invest €80 million on the expansion of its technological centre in Valencia. Also in its home region, last October, Mercadona signed the purchase of the largest plot in Parc Sagunt, after acquiring a logistics space measuring 358,270 m2.

Mercadona has finally got a foothold in Sagunto. The food distribution chain is continuing to shake up the logistics business in the country with the purchase of a plot of land measuring 358,270 m2 in the Sagunto Business Park (Valencia).

Although the agreement was announced almost a year ago, it was not until last week that the deal was actually signed. Now, Mercadona will have to wait another nine months before work starts on the construction of the logistics centre that it plans to build on the site, according to Expansión.

This is the first of three plots that the firm has acquired on the industrial estate: 600,000 m2 of land in total for €41.31 million. This means that one third of the Parc Sagunt industrial area is now owned by the group led by Juan Roig.

The positioning of Mercadona in Sagunto has attracted other companies to the sector, as evidenced by the purchase of two other plots on the industrial estate by Vostok and Inlet Seafish, which spent €1.43 million and €620,000 on their sites, respectively.