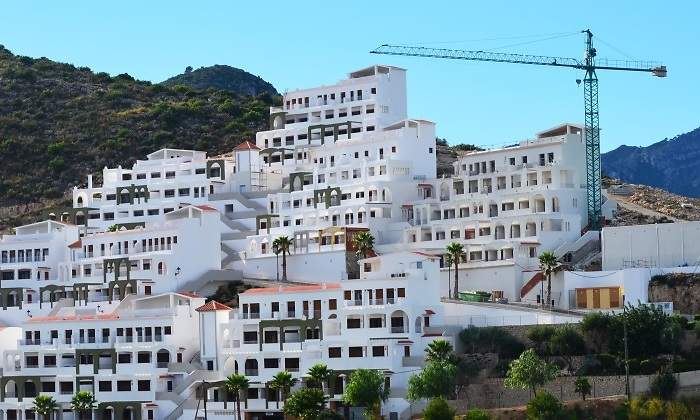 The fund manager Azora, created by Fernando Gumucio and Concha Osácar, and Oquendo Capital, the Spanish private debt fund manager led by Daniel Herrero and Alfonso Erhardt, are joining forces to facilitate access to alternative financing for companies in the real estate sector. The alliance is creating a “direct lending” real estate platform, which is going to launch its first fund with €300 million destined to financing debt and all types of operations related to real estate, as well as to direct management mandates for individual operations based on their characteristics.

That is according to confirmation provided by sources close to the agreement speaking to El Confidencial. They indicate that any project worth more than €4-5 million will be considered, in both Spain and Portugal, ranging from the purchase of land and logistics warehouses, to the repositioning of hotel assets and subordinated debt, an area in which Oquendo Capital has a lot of experience, given that it already has three funds dedicated specifically to financing corporate debt.

The main objective of the platform promoted by Azora and Oquendo Capital is to cover a market segment that is looking for alternatives to debt to complement traditional bank financing, given that in the midst of the real estate recovery, access to financing to launch real estate project is continuing to represent a real handicap for many companies in the sector.

According to the sources consulted, the investment strategy that the platform proposes will focus on offering flexible financing solutions for small and medium-sized real estate operations, with a moderate risk profile, accessing those transactions in a unique way based on the combination of the successful trajectories of Azora and Oquendo in the real estate and alternative financing markets.

Alternative financing is taking off

With this fund, three vehicles have now been created in the last three months to facilitate access to financing in the Spanish real estate sector. The first to leap to the fore was Ibero Capital, a platform launched by two former directors of Sareb, Walter de Luna and Luis Moreno, with €400 million on the table. A few days ago, that firm closed a €35 million financing arrangement with a property developer in Málaga. The money will serve to pay for three plots in Mijas for the construction of 147 homes, as well as to repay part of its bank debt and finance some of the construction. The remuneration of this operation involves a fixed cost component plus a variable element, depending on the final result of the project.

Behind that fund is Oak Hill Advisors, one of the largest investment funds in the world, with more than USD 30 billion in assets under management, and which has invested more than €1 billion in Spain since 2005, primarily in real estate projects. According to the founders of Ibero Capital, that operation in Málaga will be followed by three or four more operations over the next few months.

Also, three months ago, Colliers International received the exclusive mandate from MCAP Global Finance, the London subsidiary of the manager New York Marathon Asset Management, to manage €200 million dedicated to the financing of buildable land purchases. The firm led by Mikel Echavarren is finalising its first financing deal amounting to €3 million. In its case, unlike with Ibero Capital, the financing will be restricted to land purchases only.

The financing of real estate projects by non-banking entities is an established market in countries such as the US, the UK and France, but not in Spain, where it is still in the development phase. Investment in these types of projects is characterised by its attractive profitability/risk profile with a focus on capital preservation and regular distributions in the form of interest (…).

Of those €35 million, two thirds will be allocated to the land purchase and to repaying debt, whilst one third – approximately €10 million – will be used for the construction of the project.

The beneficiary is a local property developer in Málaga, which, thanks to this liquidity has been able to acquire three plots located in the Málagan town of Mijas, together with a golf course. It plans to build 145 homes on the land. The plots are not only finalist, the urban planning permissions to be able to start the building work are also very advanced, given that the marketing of the homes will begin immediately, according to explanations provided by Walter de Luna and Luis Moreno, speaking to El Confidencial.

The Ibero CM platform was created by the two directors to facilitate access to alternative financing for property developers and cooperative managers who want to buy land and are unable to obtain bank financing. They have €400 million available to finance developments all over Spain. The money comes from Oak Hill Advisors, one of the largest investment funds in the world, with more than USD 30 billion under management, which has invested more than €1 billion in Spain since 2005, primarily in real estate projects.

Ibero CM has closed this operation in record time, almost two months after announcing its own launch. It currently has several other projects in the pipeline amounting to approximately €100 million, which it hopes to close over the coming weeks and months.

This is the first firm of its kind to be launched in Spain, financing both the capital and debt of property development companies in every phase of the development of their products, including land purchases.

“The financing structure is very flexible since it includes several tranches that finance the acquisition of land, the repayment of bank debt, the payment of taxes and other expenses associated with the transaction and construction of projects (…)”, explain Walter de Luna and Luis Moreno.

“By staying (involved in projects) to the end and sharing in the profits, the financing costs decrease significantly”. And they add that “by sharing in the final profits of the project, the interest rates are not as high as if they were only financing land purchases. And there is not a fixed percentage, given that it depends on the total cost of the constructions that we finance. The greater the cost, the higher the percentage”, say the directors.

For now, Ibero Capital is focusing on finalist land and plots in a very advanced phase of urban planning, and they are centring on the major markets in Levante, Andalucía and Madrid, although they acknowledge that the Madrilenian market “is very expensive and, although we are only looking at the moment, obviously, if we decide to enter, the property developer margin would narrow”. Specifically, the manager is holding conversations with a cooperative manager to finance a project in Madrid. Similarly, they are open to both first and second home projects, whenever the projects are viable.

Unlike the investment funds that have acquired stakes in property developers in recent years, they do not get involved in the management of the companies that they finance. “We are not shareholders in the companies’ share capital, therefore we do not interfere in their decision-making or in their management. We carry out the same controls that any bank would when granting a property developer loan”, they conclude.