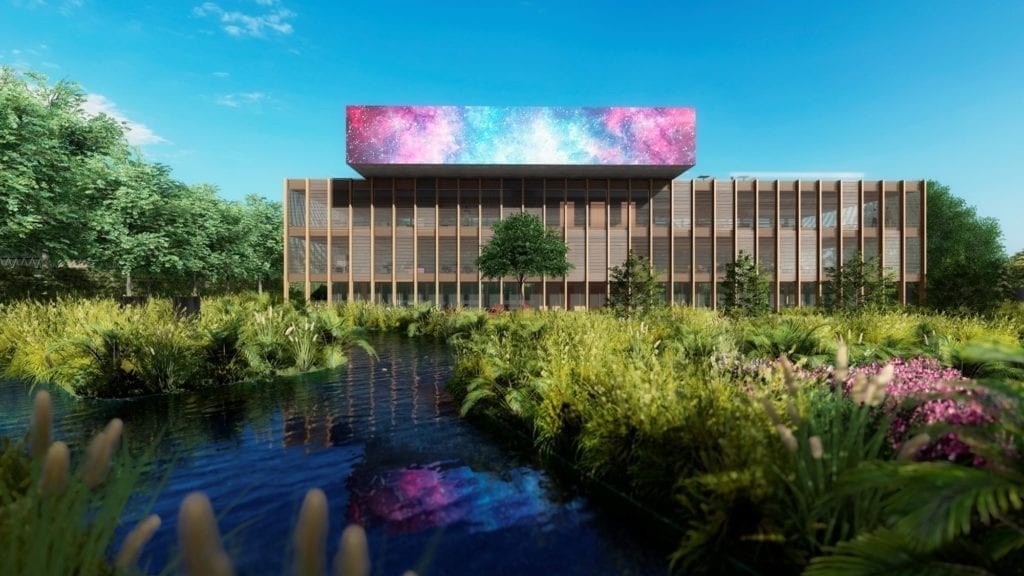 ING has sold its office building located on Calle Severo Ochoa, 2 in Las Rozas (Madrid) to the US fund Baring Alternative Investments for an undisclosed sum.

The property spans a surface area of 12,700 m2, has 350 parking spaces and is located on the Las Rozas business park with direct access to the A6 and M50 motorways, and close to a suburban train station.

The building currently houses the Dutch bank’s headquarters in Spain.

The fund Twin Peaks Capital is on a mission to convert Iberia’s former offices in Barcelona into 21 super luxury homes. The prices of the new properties at number 30 Paseo de Gracia are expected to go on the market for between €11,000/m2 and €15,000/m2. The penthouse might even fetch €19,000/m2, breaking all previous records in the Catalan capital and even higher than the most expensive prices in Madrid.

Twin Peaks Capital purchased the neoclassic style building from the former Agrupació Mútua in 2017 for €25 million. The property spans a surface area of almost 4,000 m2 distributed over five storeys, plus an attic, and the future homes will measure between 80 m2 and 270 m2, with first-rate finishes, plus common areas with terraces and a stunning swimming pool on the roof.

The properties will be marketed by BNP Paribas Real Estate and 25% of the development has already been sold, mostly to Catalan buyers and investors. The homes are expected to be ready during the second quarter of 2020.

Last year, Liberbank sold its headquarters in Madrid for €45.3 million under a sale and leaseback arrangement, generating gains of €23.4 million. The bank will continue to occupy the property, located in the Fuente de la Mora area of the Spanish capital, on a rental basis.

Liberbank acquired the building from Sareb in 2015. The identity of the purchaser has not been revealed.

The Local Government in Arteixo has granted a construction licence to Inditex to erect a new building at its headquarters, on the Sabón industrial estate, which will be used for textile design activity. The plot on which the new structure will be situated is located on the corner of Avenida de la Diputación with A Ponte (opposite the entrance to the ITV). The plans presented by the company to the municipality to obtain the municipal authorisation reflects that the construction work will cost €31.5 million.

The multi-national company will use this new space for “textile design activity”, according to the construction licence. The height of the new building will be 24 metres and it will sit on a plot measuring 54,300 m2. The authorisation granted by the municipality indicates that the deadline for starting the construction work is six months and for its completion is three years (…).

The US fund Starwood Capital has taken another important bite out of the Spanish office market with the purchase of the entire portfolio of Autonomy, the Socimi whose main asset was the Madrilenian Omega Business Park, a giant corporate complex comprising four buildings spanning more than 33,000 m2, and which houses the headquarters of multinationals such as BP and Samsung.

The transaction, whose consideration amounted to €125 million, also includes an office complex in the sought-after 22@ district of Barcelona, which allows the US fund to also expand its presence into the Catalan capital and to make strides in its commitment to build an office portfolio in Spain worth €500 million.

To reach this objective, Starwood joined forces last year with Drago Capital, together with which it starred in the purchase of the Madrilenian San Fernando Business Park for €120 million, and which has also accompanied it in its purchase from Autonomy (…).

The Socimi, meanwhile, had put the for sale sign up over its whole portfolio a while ago. It constructed the portfolio with a clear opportunistic appetite during the worst periods of the crisis and it is now able to undo its positions with juicy gains.

In fact, at the end of 2017, Autonomy sold the jewel in its crown in Spain, the building located at number 4 Gran Vía, to the Riberas family, owner of Gonvarri and Gestamp, for €43 million, an amount that generated a gain of 40% for the opportunistic investor.

Following the sale of the office portfolio to Starwood, the Socimi is going to distribute €44.7 million as an issue premium, as well as an interim dividend of €51 million, amounts that in both cases will be paid into the accounts of shareholders on 30 January.

Moreover, once all of these operations have been completed, Autonomy will still have €10 million in cash and no assets under ownership, which means that it will have completed its objective of divesting all of its positions in Spain with juicy gains.

The owner of the Mercadona logistics platform in Sant Esteve Sesrovires is now investing in the office segment in Barcelona.

International investors are continuing to back the office segment in Barcelona to benefit from the boom in demand and the growth in rents that are being recorded in the sector. The latest player to invest is the British fund Rockspring – which has formed part of Patrizia Immobilien since last year – which has purchased an office building located in the 22@ district, the area that is registering the highest demand. The amount of the operation could reach €12 million, according to sources in the sector.

The property, located at number 123 Calle Ciudad de Granada, on the corner with Calle Tánger, was the former headquarters of Laboratorios Kin until that company moved to other offices on La Diagonal. The manufacturer of dental hygiene products, which used to own the property, carried out a comprehensive renovation project, which involved its change of use from industrial to offices, and it put it on the rental market. Savills Aguirre Newman was engaged for its marketing and was also responsible for searching for an investor (…).

In May last year, the property was leased in its entirety to the multi-national advertising company McCann, which left Edificio Planeta and opened its corporate headquarters in 22@, where it occupies a surface area of 3,000 m2.

Another operation has been closed in the office market in Madrid. The Socimi GMP, controlled by the Montoro family and the sovereign fund of Singapore, has sold the building located at number 51 Calle Llano Castellano to Azora. The price of the operation amounted to €28.3 million.

The property now controlled by Azora, the real estate manager founded by Concha Osácar and Fernando Gumuzio, is occupied in its entirety by Tendam, previously known as the Cortefiel Group and owner of the fashion chains Cortefiel, Women’secret, Springfield and Pedro del Hierro.

The building was constructed in 1990 and had been controlled 100% by GMP since 2015. Until then, the property was in the hands of the real estate division of General Electric through the company Renta Gestión Fuencarral.

Its new owner, Azora, specialises in the investment and management of real estate assets for third parties and has a portfolio comprising more than €4.5 billion in assets. The company was the promoter of Hispania, the first Socimi to be constituted, which made its debut on the stock market in Spain in 2014.

Azora was considering its own stock market debut, but in the end, it suspended that process last year. Azora and Hispania ended their agreement last year, after Blackstone’s successful takeover of the Socimi.

Since then, the company has focused on the residential rental market through the creation of a joint venture with CBRE Global Investment and Madison to reach a portfolio of 10,000 homes over the coming years.

Azora manages the real estate portfolios of funds and wealthy investors, such as George Soros, CBRE Global Investors, Goldman Sachs, Axa Investment Management and Bank of Montreal, amongst others (…).