The property developers Habitat Inmobliaria and Aedas Homes have reopened their sales offices this week with protocols to ensure the safety of their employees and customers.

In terms of the protection measures adopted by the real estate company, examples include the installation of screens to separate commercial staff and customers, and the disinfection of sales offices. Likewise, the firm will facilitate the use of protective screens for its salesforces and will make masks and disinfectant gel available to customers. 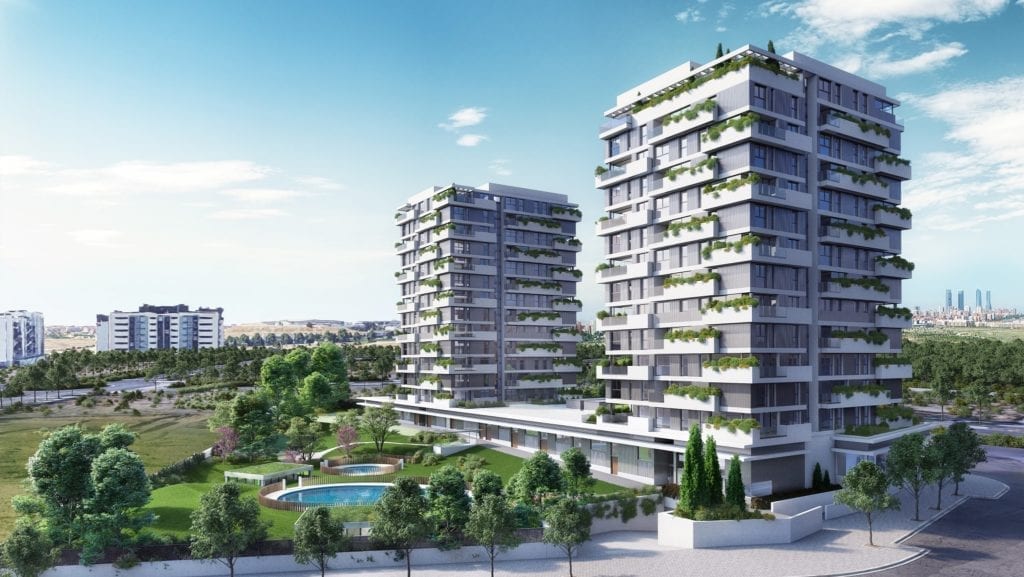 The property developer is offering a €3,000 discount on the reservation of any of the homes in the 43 developments in its portfolio.

The property developer has decided to offer a €3,000 discount on the reservation of any of the homes in its developments to healthcare workers, military personnel and members of the State Security Forces who acquire a home in any of its 43 developments.

This initiative will run until 31 December 2020 so that these professionals have enough time, once the current situation is over, “to choose their future home from the more than 4,000 homes that the developer has on offer,” it says.

12 December 2019 – In the first nine months of the year, Habitat has made 1,000 pre-sales of homes, worth a total of 225 million euros. The pre-sales, which will be finalised as the homes are delivered over the next two to three years, are in line with the firm’s intention to reach 2,000 units sold per year by 2021.  Habitat is planning to invest 500 million euros in acquiring land for development in pursuit of its goals.

Habitat has 46 active developments in Spain. The 1,000 pre-sales are a part of 43 different developments. The firm has a total of 4,000 homes on sale, and it has delivered 327 in the year to date.

Emesa, a real estate firm owned by the Barcelona-based attorney Emilio Cuatrecasas, sold a plot of land in Badalona (Barcelona) to the real estate developer Habitat for about five million euros.

The deal will add a total of 2,300 m2 of surface area and 3,000 m2 of buildable area in the neighbourhood of El Gorg, in Badalona, to Habitat’s portfolio. The company is planning to build forty homes on the land, investing more than thirteen million euros.

The acquisition is part of the company’s strategic plan, where it is currently undertaking more than 43 developments with a total of 3,800 homes.


Habitat Inmobiliaria acquired a plot of land with 3,700 square meters of surface area and 10,350 square meters of buildable area in the Eixample Sud-Migdia neighbourhood, in Girona. The company will invest a total of 23 million euros to develop 90 homes.

The acquisition is a part of the firm’s plans to deliver more than 2,000 new home per year from 2021.

The property developer Habitat has purchased a plot of land on Calle Bomber Ramón Duart in the Quatre Carreres neighbourhood of Valencia, for the construction a 96-home residential property. The company, which is backed by the US fund Bain Capital, is already building 600 homes in the Community of Valencia and plans to invest €500 million in land purchases across Spain between now and 2021.

In its latest operation, the real estate company has acquired a plot measuring more than 3,100 m2 with a buildability of 14,000 m2, which will involve a total investment, including the construction work, of €30 million. The operation forms part of the strategic and business plan that the company, chaired by Juan María Nin and led by José Carlos Saz, is carrying out.

Habitat Inmobiliaria has purchased a plot of land measuring 4,400 m2 in Castellón, with a buildability of more than 8,800 m2, on which to construct 88 homes for €14 million.

The plot is located in the La Salera neighbourhood, twenty minutes from the beach. Marketing of the homes is expected to begin in the second quarter of this year.

The development forms part of the company’s strategic plan to invest €500 million before 2021 and to hand over more than 2,000 homes per year from 2021.

Bain Capital has created a fund to invest €1.25 billion in European real estate. The US investment group is expected to concentrate a large part of that investment in Spain, where it already controls the property developer Habitat.

The target of the new fund will be portfolios of non-performing loans and non-strategic assets, of which there are plenty in the Spanish market.

Bain Capital has acquired several portfolios from financial institutions in Spain in recent years with a gross value of €3.5 billion.