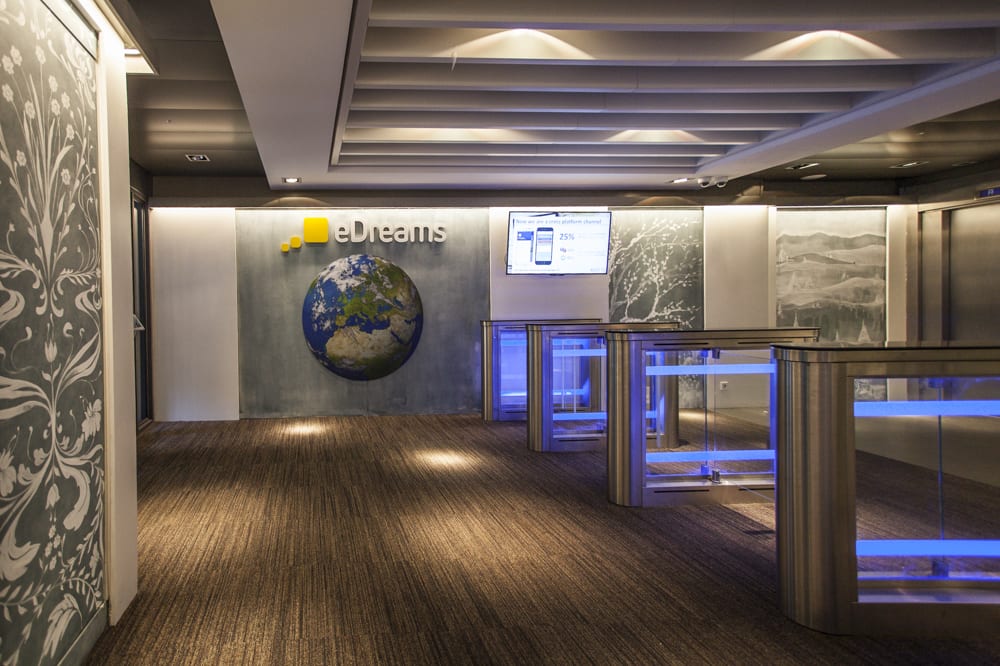 The travel agency has signed an agreement with the banks to ensure that obtaining the main line of credit for its financial year 2021 is not linked to its reduction objectives for gross debt.

The online travel agency eDreams Odigeo has announced that it has signed an agreement with the banks to ensure that obtaining the main line of credit for its financial year 2021 -which runs from April 2020 to March 2021- is not linked to the reduction objectives for gross debt.

“eDreams is a very strong company, both financially and culturally, and the exemption granted by our banks demonstrates this. We have managed the business with prudence, which will allow us to overcome these difficult times”, explained Dana Dunne, CEO of eDreams, in a statement. In this sense, he has ensured that the senior debt corresponding to 2023 will continue to be paid. 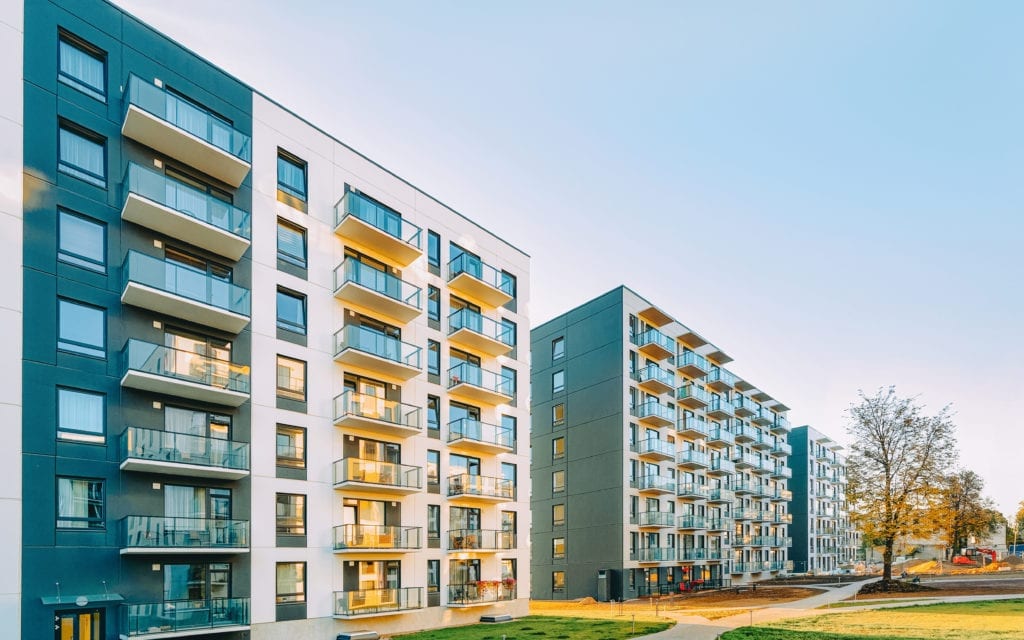 The firm, which specialises in alternative financing, has committed more than €50 million for this year.

Xenia Capital, which specialises in alternative financing, is planning to invest €50 million in Spain to boost real estate projects. The company, which has been operating in the Spanish market since it was created in 2015, opened its first office in Madrid a year ago and is backed by the international real estate companies Pacific Investments and Corecam.

The firm, which has already carried out operations worth €45 million, has committed more than €50 million for this year. The company highlights that, despite Covid-19, it is still 100% operational to approve and complete financing projects.

3 January 2020 – The socimi Colonial has communicated its intention to issue up to €5 billion in new bonds to Spain’s National Securities Market Commission (CNMV). The new issue is part of the firm’s strategy to complement its bank financing.

Colonial, which primarily invests in offices for lease had net debts of €4.522 billion as of September of last year. The socimi last issued bonds in November 2017 and April 2018 to finance its takeover bid and subsequent merger with Axiare.

The firm is currently analysing a series of possible new acquisitions, adding to its portfolio of office buildings in Madrid, Barcelona and Paris. The existing portfolio is valued at 11.8 billion euros.

24 September 2019 – The American private equity firm Cerberus, through its Irish subsidiary Promontoria Bravo, has granted a €30.9 million loan to the socimi Optimum RE. The unsecured loans were granted in two separate agreements worth 28.9 million euros and 1.9 million euros.

Optimum was able to substitute the new loans for a previous, secured loan worth 28.9 million euros. Promontoria Bravo acquired 99.4% of the socimi in September for €69 million.

The Kronos Investment Group announced that it had arranged a €40-million loan with Barings to finance the construction of a new shopping centre in the town of Dos Hermanas, Seville. The investment manager has lent 40 million euros to the union between the developer and another company to build a commercial park of 48,646 square meters and 2,000 parking spaces.

The new complex will have 64 stores, 70% of which have already been pre-leased. Construction is set to begin shortly and the mall is slated to open by the summer of 2020.

According to the experts, on the basis of the rate of formation of new households and for a healthy residential market, Spain needs to produce between 120,000 and 150,000 new homes per year. Those figures are a far cry from the 650,000 units that were constructed in 2007, just before the outbreak of the real estate crisis. Nevertheless, the latest data reveals that even 150,000 homes is too ambitious a target, at least for the next few years.

That is according to the latest Real Estate Pulsometer, compiled by the Cátedra Inmobiliaria in collaboration with the University of Málaga, which estimates that 70,400 new homes will be finished by the end of this year and 77,100 by the end of next year. In other words, half the number needed. The reason? According to José Antonio Pérez, Director General of the Cátedra Inmobiliaria, “In simple terms, the sector does not have sufficient manpower to build that many homes. There are sufficient numbers of qualified people – such as architects and surveyors -, but there is a distinct lack of basic labour, such as workmen and builders”.

Tens of thousands of jobs were destroyed in the construction sector during the crisis. At the height of the boom, the sector and its related segments employed almost 2 million people, but by 2017 (latest available data), that figure barely exceeded 800,000. In other words, almost 60% of the workers had disappeared. Most have either left the country (many were foreigners) or reinvented themselves in other sectors and are reluctant to return to construction now.

Employment in the construction sector has recovered slightly over the last three years, with almost half a million people working in the sector. But that figure is not sufficient to build the homes that the country needs, which means delays and higher construction costs.

The situation is compounded by the lack of available land and the shortage of bank financing to launch those 150,000 homes. The banks are willing to finance just 65,000 homes per year, according to Juan Antonio Gómez-Pintado, President of Asprima (the Association of Property Developers of Madrid). Several alternative financing funds are trying to cover the gap but they are not enough.

It is also true that stagnant salaries and problems of affordability for young people are other factors at play against the construction of so many homes.

The construction group OHL is considering selling its 50% stake in the Canalejas complex in order to raise cash. The other half was acquired by the PokerStars founder, Mark Scheinberg, in February 2017.

Canalejas, which is located in the centre of Madrid, just a stone’s throw from Puerta del Sol, and which is going to house Spain’s first Four Seasons hotel, with 200 rooms and a 15,000 m2 high-end shopping arcade, is one of the jewel’s in OHL’s crown. Nevertheless, the construction company chaired by Juan Villar-Mir de Fuentes, needs funding to undertake new projects and return to growth, and so it is considering selling its 50% stake in the complex.

Although no formal competitive process has been opened, sources report that preliminary conversations are being held with interested investors, including one international fund.

Canalejas spans a surface area of 50,000 m2 and its development has involved the investment of €525 million. The complex is due to open in the final quarter of this year.

According to the Bank of Spain, there is a mismatch between the homes that buyers are demanding and those that are available for sale. Indeed, that is one of the main conclusions of the latest report published by the supervisory body entitled the “Recent evolution of the housing market in Spain”.

According to the report, one of the key characteristics of the Spanish property market is its high degree of heterogeneity by region, type of home (new and second-hand) and buyer nationality. “The characteristics of the homes demanded do not necessarily match with the available supply, in certain places, and may differ in terms of size, quality and location”.

In addition, the Bank of Spain warns about the difficulties that young people are facing when it comes to affording a home, as a result of their precarious working conditions. Their situation is further compounded by changes made in recent years regarding tax breaks (the removal of them) for buying a home and the growth of the rental sector.

The Bank’s analysis focuses on Madrid and Barcelona, which are both very close to the peaks of the boom in terms of rental prices. Meanwhile, house prices are currently around their 2006 levels.

Nevertheless, according to the report, it does now seem easier to obtain a mortgage or at least one with more favourable terms for the borrower. Interest rates have decreased and lending periods (mortgage terms) have increased. Approval criteria and general financing conditions have also been relaxed.

The property developer Quabit Inmobiliaria has issued bonds amounting to €20 million through its wholly owned subsidiary Quabit Finance. The bonds have a maturity of 4 years and a coupon of 8.25%, which will be paid annually.

The success of the placement represents a great boost to the company’s strategy and confirms investors’ confidence in its management capacity. The funds raised will be used to undertake new investments, finance new projects and whereby continue with the firm’s growth and expansion plan.