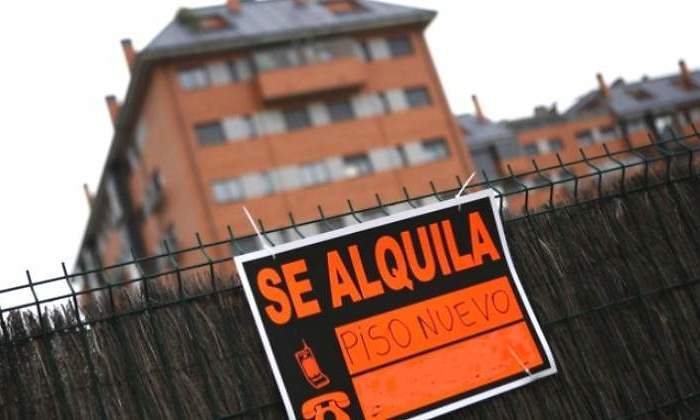 19 November 2019 – Fidere, the subsidiary of Blackstone, is looking to sell off some of its holdings in the Spanish province of Catalonia. The socimi will begin by selling the Isla del Cielo building in Barcelona, located in the Parque Diagonal Mar.

On the other hand, Fidere has opted not to sell off its holdings in the Community of Madrid. The rental properties, including the Sanchinarro, San Sebastian Reyes, Majadahonda and Hispanidad buildings, are squarely aimed at premium buyers and currently have an occupancy rate of 50%. Fidere assumed the management of these assets at the beginning of the year.

Vivenio, a socimi owned by Spain’s Renta Corporación and the Dutch fund APG, has acquired three residential buildings, all currently occupied by rental tenants. The assets, which the socimi purchased from Fidere, will add a total of 500 new flats to Vivenio’s portfolio. Two of the apartment blocks are in Madrid and one is in Barcelona.

The deal, which is tied to a series of conditions, will cost the socimi a maximum amount of 85 million euros. The socimi has already deposited 25% of the total.

The U.S. giant Blackstone, following an asset rotation policy, has begun to sell some of the assets it has acquired since it began operations in Spain in 2012. Specifically, Blackstone is selling off some of the portfolio it took on upon its acquisition of Hispania.

So far, Blackstone has accumulated a portfolio valued at more than 23 billion euros. After its acquisition of Hispania, the US investment giant has already sold several office buildings. Blackstone is also analysing the sale of some of the residential assets it controls through its socimi Fidere, which is listed on the Alternative Stock Market (MAB). In total, counting completed and expected sales, the American fund will pocket more than €900 million.

Ilunion is one of the principal portfolios of assets Blackstone has sold so far this year. The assets include five office buildings in Madrid, which sold at the beginning of the year to a subsidiary of Zurich Seguros, Rex Spain ZDHL, for €163.6 million.  The American giant is analysing further investment opportunities in the country.

Blackstone has engaged Bank of America to liquidate almost all of the remaining Catalunya Banc subprime mortgages that it purchased from the State between 2014 and 2015 as part of Project Hércules.

After almost five years of actively managing the portfolio, the US fund now has just 31,000 of the more than 100,000 subprime mortgages that it purchased, which are worth €1 billion compared with €5.7 billion in 2015.

Project Castillo is going to contain almost 11,000 of those mortgages, all of which are up to date in terms of payments, but which have been refinanced at some point over the last 5 years.

This sale forms part of a series being undertaken by Blackstone as it completes its first cycle of investments in Spain. In this context, the US fund’s rental home Socimi Fidere put most of its assets up for sale recently.

The US fund Blackstone, which has been so busy on the buy side in recent years, is getting ready to put the for sale sign up, over some of its assets at least. It is preparing the sale of several portfolios, including the Socimi Corona, the homes of Fidere and also some of the former assets of Popular that it acquired from Santander.

Several sources have confirmed that the US fund is currently designing portfolios for sale in order to rotate some of the €20 billion in property that it now owns in Spain. Most of the portfolios are expected to be small, between €50 million and €300 million, although the fund is reportedly also working on some larger deals that could reach €600 million. The plan is to put the portfolios on the market before the summer.

Blackstone’s target market includes pension funds and insurance companies, which operate with lower costs of capital and which, therefore, can afford to pay more. It already trialled that strategy with the sale of Hispania’s offices to Zurich, to great success. But Blackstone will also target other funds looking to grow or complement their existing investments.

Despite this vendor activity, the US giant is still committed to buying assets in Spain. It simply wants to rotate its most mature assets, given that it started making investments in the country in 2013.

Hispania recorded a net profit of €96.5 million in 2018, down by 56% compared to a year earlier, according to the accounts filed with the CNMV by the listed real estate investment company (Socimi) controlled by Blackstone.

Revenues from rental income rose by 6.8% to amount to €151.7 million, according to the Socimi’s accounts, which were managed by Azora until August, whereas now their management is divided between HI Partners (hotels), Rivoli (offices) and Fidere (homes), all of which are linked to Blackstone. The company is expected to cease trading on the stock market on 1 April.

In September, Hispania’s new management team decided that Azora would no longer manage the three branches of the Socimi, a move that resulted in the early termination of the contract, in exchange for the payment of a penalty amounting to €224 million.