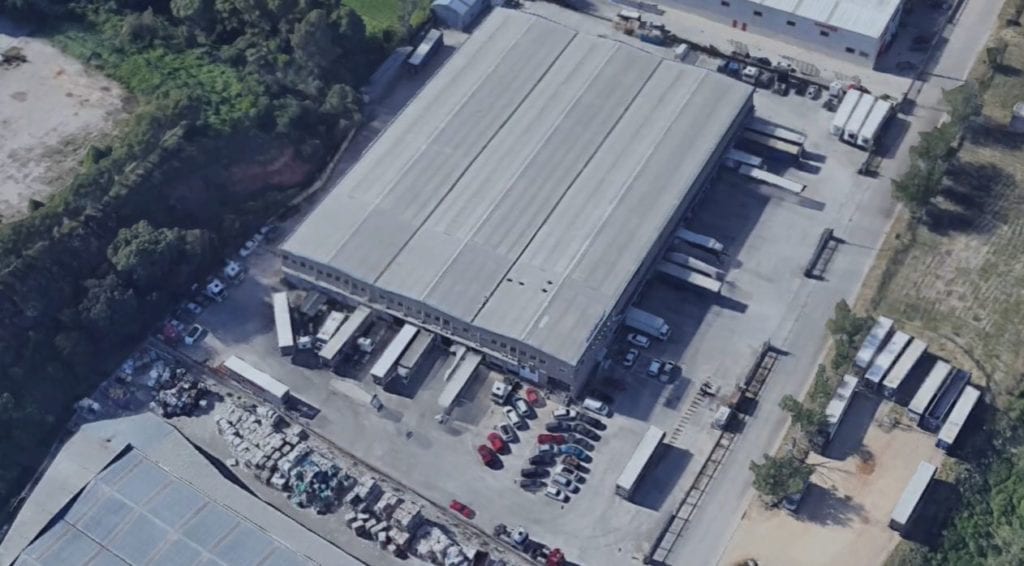 Realterm Logistics, a US investment group specialising in logistics properties in the United States, Canada and India, has arrived in Spain with the acquisition of its first warehouse in the town of Palau de Plegamans (Barcelona).

Realterm Logistics, a US investment group specialising in logistics properties in the United States, Canada and India, has arrived in Spain with the acquisition of its first warehouse in the town of Palau de Plegamans (Barcelona). The operation, advised by Savills Aguirre Newman, demonstrates the strength of the Catalan logistics market despite the current health crisis generated by Covid-19.

The property is a cross-dock logistics warehouse with a constructed surface area of ​​6,578 square metres on a plot measuring 14,160 square metres. It is located in one of the most strategic municipalities for the distribution sector due to its excellent communications including the airport (43 km) and the port of Barcelona (30 km) and connections with the city, which is just 25 minutes away. The warehouse is currently occupied by a transport company. 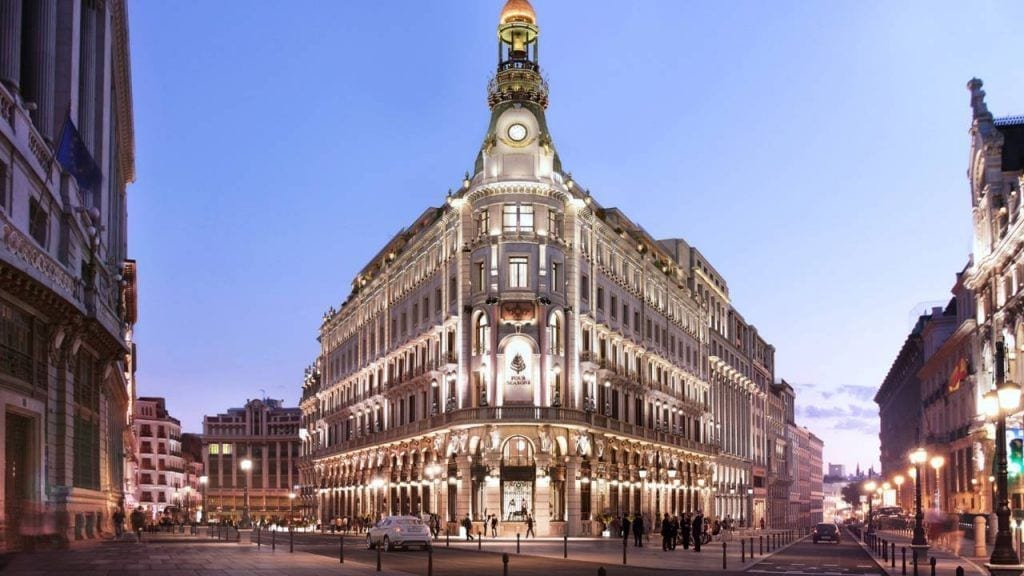 The openings of the Four Seasons hotel, the renovated Mandarin Oriental Ritz and the Marriott in Madrid will all be delayed due to the crisis caused by Covid-19.

Several luxury hotels in Madrid are delaying their openings due to the crisis caused by the coronavirus. In this way, the Canadian luxury chain Four Seasons had planned to open its first hotel in Spain in Madrid’s Centro Canalejas on 15 May, but the new date for the inauguration will be 1 September, if the Covid-19 pandemic allows it, according to Cinco Días.

This five-star establishment has 200 rooms and is located within the Canalejas complex. It is owned by OHL (50%) and Mohari (50%), a company owned by Mark Scheinberg, the founder of Poker Stars. The Four Seasons website only allows reservations from 1 September, with prices starting at €750 and rising to €2,025 in the case of a suite.

The Spanish firm Corpfin Capital is finalising the stock market debut of its investment vehicle Inbest, which it created last year with the aim of investing around €400 million in prime retail assets.

Inbest has already starred in some of the most high profile operations in the sector, including the purchase of the commercial space in Edificio España for €160 million and the acquisition of 3 buildings located on Gran Vía 20, in Bilbao; Princesa 41, in Madrid; and Calle Colón in Valencia, for €184 million.

The firm’s MAB debut is scheduled to take place during the first half of July, most likely on 9 July, through four of the five Socimis that it has created with the assets acquired.

On Wednesday, the General Shareholders’ Meeting of La Finca Global Assets approved the company’s debut on the stock market, which will take place during the first week of July.

The decision was supported by Susana García Cereceda, President of the company and owner of 50% of the share capital, and Värde Partners, which holds a 39% stake. It was opposed by the President’s sister, Yolanda, who owns a 10.99% stake, but she was outvoted.

La Finca owns 220,000 m2 of office space worth €725 million as at 31 December 2018, all of which is located in Madrid and Pozuelo de Alarcón. Nevertheless, the company has debt amounting to almost €400 million, and has to cover the costs of managing its business parks, and so, its final valuation is expected to range between €156 million and €170 million.

At its meeting, the General Shareholders also approved the company’s accounts for the year ending 31 December 2018, which reported operating profits of €45.9 million, mainly from rental income and a result for the year of €9.73 million, up from €4.6 million in 2017.

Silicius has taken another step in its strategy to debut on the stock market. The Socimi owned by Mazabi has sold an office building in the centre of Madrid to an investment vehicle created by Tenigla Real Estate for more than €9 million. The property spans a surface area of 3,648 m2 and is leased in its entirety to several tenants.

To undertake this purchase, Tenigla has created an investment vehicle together with several private investors. Following the operation, the company now has €90 million in assets under management.

Ahead of its debut on the MAB, Silicius is planning to create a portfolio worth €740 million by the end of 2019. Currently, the Socimi owns 17 assets worth €160 million, which generate annual income of more than €8 million.

The De Agostini group has announced its decision to make its debut in Spain and Portugal, where it will operate through DeACapital Real Estate Iberia.

The firm has been constituted as a joint venture, owned 72% by the Italian group DeA Capital S.p.A. and 28% by the local management team, led by Koldo Ibarra as the CEO.

The new company will primarily invest in offices and logistics assets across the Iberian peninsula.

DeA Capital S.p.A. is currently the largest Alternative Asset Management platform in Italy with assets under management worth €11.2 billion.

Vukile is going to inject €600 million into its Spanish Socimi, Castellana Properties, to enlarge its portfolio. The aim of the South African fund is to debut the Socimi, which specialises in shopping centres, on the main stock market during 2019.

The company currently owns 19 commercial assets in Spain worth €898 million and has a leverage ratio of 48%, but before making the leap onto the main stock market, the company wants to increase its asset portfolio to €1,500 million and reduce its leverage ratio to below 45%.

The plan is to carry out a €600 million capital increase, to finance the additional asset purchases, which will be subscribed by its main shareholder, Vukile.

Atom wants to strengthen its portfolio with the acquisition of one of the main hotels in Valencia for €50 million.

Bankinter’s hotel Socimi, Atom, wants to strengthen its portfolio and add the Meliá Valencia (formerly the Hilton Valencia) to its list of assets. The property is one of the main hotels in the city, located on Avenida de las Cortes Valencianas, close to the Palacio de Congresos.

Atom, which made its debut on the Alternative Investment Market (MAB) in November, is holding negotiations with the fund Colony to purchase the 4-star hotel for around €50 million, according to explanations provided by market sources speaking to Expansión. Those same sources state that, although the negotiations are in an advanced stage, no agreement has yet been reached between the parties.

The hotel, located in a tower standing more than 110m tall, was officially inaugurated in February 2008 and has had several owners since then. The establishment, which has around 300 rooms and 21 meeting rooms, with the capacity to host up to 875 people, is managed by Meliá.

Colony purchased this asset along with some other Spanish hotels just a year ago from the investor group Continental Property Investment, controlled by the Lebanese businessman Boutros El-Khouri (…).

With this operation, Atom would increase its portfolio, which currently comprises 21 hotels and 5,232 rooms, with a gross value of €485 million. 82% of the hotels in its portfolio are 4-star properties and 60% are holiday establishments (…).