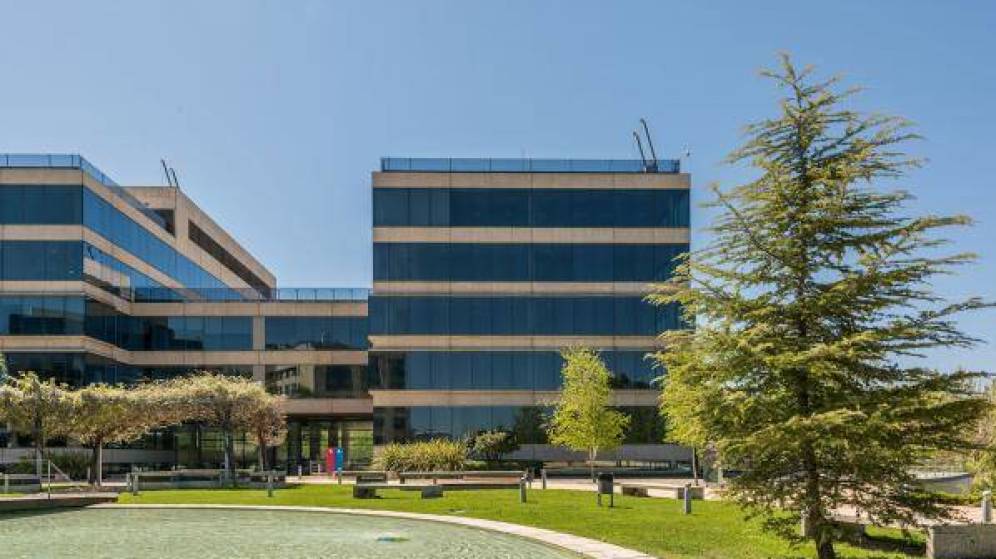 The Swiss manager Partners Group is in talks with Meridia Capital, led by the Catalan businessman Javier Faus, with a view to purchasing half of the office portfolio that Meridia put up for sale at the end of last year.

The two players enjoy a close relationship following a deal closed last April, which saw Partners acquire a portfolio of 18 offices from Meridia for €215 million, and the Socimi continuing to manage the portfolio.

A similar arrangement could be sought this time around. The portfolio on the table in 2020 comprises a dozen offices in Madrid and Barcelona worth around €200 million, although Partners is only interested in half of the properties.

Both parties declined to comment on the reports of a potential sale, however, sources in the know confirmed that a due diligence process has begun on five of the assets.

The largest operation of the home stretch of 2017 is pushing ahead. BBVA and Cerberus are close to reaching an agreement regarding the sale of a large proportion of the bank’s real estate assets to the US fund. Financial sources consulted by Vozpópuli indicate that a deal may be signed within the next few weeks, between late November and early December.

One of the points still being discussed is the perimeter (of the transaction). The sources consulted indicate that what is on the table is the option of selling a stake in a new company with assets and loans worth €14,000 million.

The same sources add that an agreement could have already been reached if it hadn’t been for the crisis in Cataluña and the need for the Deposit Guarantee Fund (‘Fondo de Garantía de Depósitos’ or FGD) to give its approval. BBVA received an asset protection scheme (‘Esquema de protección de activos’ or EPA) for which the FGD committed to cover “80% of the losses resulting from a portfolio of assets worth €7,359.7 million”.

BBVA has real estate exposure on its balance sheet amounting to €17,774 million in total, according to the most recent figures. Of that figure, foreclosed assets (€11,937 million) and doubtful loans (€3,357 million) account for €15,300 million. Those loans and properties have a coverage ratio of more than 61%. For this reason, BBVA could sell them for 39% of their appraisal value without having to recognise any losses. Even so, the FGD would still need to approve any deal.

The need for consent from the FGD could delay any asset sale for several months. That is what has happened, on more than one occasion, to Banco Sabadell, such as with Project Normandy. It is worth remembering that the FGD’s Management Committee comprises not only regulators and Government members but also bankers, who do not want to spend even one more euro of their resources (…).

Although BBVA’s sale (known as Project Marina and Sena) is on track, the sources consulted indicate that it could all be thrown up in the air at any moment. “It would not be the first time that an operation that has almost been finalised dies off because of one of BBVA’s management committees or Board of Director meetings”, they say. The same thing is happening with Cerberus, one of the most inflexible funds when it comes to price: “Once the price has been fixed, it is very difficult to move it or play with counter-offers”, they add.

This operation has generated a lot of commotion amongst other opportunistic funds, many of whom were not invited to participate, and who have even indicated their displeasure to BBVA’s leaders. The negotiations between Cerberus and the bank arose after the fund’s President, John W. Snow (former US Treasury Secretary) cracked the whip over his own management team in Spain. He did so after Cerberus missed out on the sale of Popular’s real estate, which was awarded to Blackstone.

Snow himself decided to come to Madrid in person to meet with the President of BBVA, Francisco González (pictured above) and propose an operation similar in size to Project Quasar (Popular). Indeed, Cerberus purchased a €600 million portfolio from the bank in June, Project Jaipur, which gave rise to the current negotiations.

Although the operation still hangs in the balance, BBVA has never been as close to sealing an agreement like this one. There is a lot of optimism amongst the advisors to the operation, PwC and Linklaters. But, for the time being, anything can happen.

Axa Investment Managers – Real Assets and Sonae Sierra have announced the completion of their purchase of the Área Sur shopping centre (in Jerez de la Frontera, Cádiz) from its owner until now, Union Investment Real Estate. For the time being, the amount paid for the operation has not been disclosed, but sources consulted by Observatorio estimate that it must have gone for more than €100 million. To carry out the acquisition operation, the buyers have constituted a joint venture, in which Axa IM – Real Assets will be the majority shareholder (with 85% of the capital), whilst Sonae Sierra will hold the remaining 15% and will be the Operating Partner.

Inaugurated in September 2007, Área Sur has a gross leasable area (GLA) of 47,000 m2, spread over three floors, as well as 2,344 parking spaces. The first floor, measuring more than 23,400 m2, is home to fashion brands such as Zara, Primark, Massimo Dutti, Cortefiel, Sfera, Bershka, Pull & Bear, Springfield, Stradivarius and Okeysi, amongst others. The top floor houses a large leisure and restaurant space, spanning 10,000 m2, as well as an 11-screen Yelmo cinema, whilst the ground floor, measuring 14,200 m2, has a Mercadona and an El Corte Inglés store.

The Área Sur shopping centre, which receives almost 7 million visitors per year, has a privileged location in one of the areas of Spain that receives the most tourists. The centre has an area of influence of almost 450,000 inhabitants, and it is one of the largest shopping centres in Andalucía.

Nathalie Charles, Regional Head of Asset Management & Transactions for Southern Europe at Axa IM – Real Estates, said that “this is our first operation in collaboration with Sonae Sierra, one of the most important professionals in the retail real estate sector in Europe and with whom we hope to have the opportunity to work on other projects in Europe in the future”.

Pedro Caupers, Chief Investment Officer at Sonae Sierra, added that “we will pour all of the experience and knowledge that we have accumulated over more than twenty-five years, to improve the returns on the asset and contribute added value to Área Sur, to turn it into one of the iconic centres in the south of Andalucía. Sources at Sonae Sierra confirm that they are continually looking for new and innovative asset management initiatives, with the aim of achieving a higher return on investment for our shareholders. Similarly, we are very happy to be carrying out this project with Axa IM – Real Assets, in accordance with our model to co-invest with other partners, assuming responsibility for the management in order to achieve the objectives set by both parties”.