The supervisory body has also warned about the risk of payment defaults by families and companies, although there is a bank ‘cushion’ of €93 billion to cover a default rate of 13%.

The Bank of Spain’s spring Financial Stability Report warns that the impact of the health crisis on the real estate market will be significant, “at least in the short term”. It recalls that the market was already in a phase of deceleration, in terms of both activity and transactions, as well as prices, after the notable expansion of recent years.

However, it offers some hope by stating that the degree of recovery will depend on the extent to which the economic and financial effects of this upheaval persist. It also underlines that house sales contracted in 2019 in both the new build and, to a greater extent, second-hand housing segment. For its part, the growth in average house prices moderated, although the “high degree of geographic heterogeneity” continued. 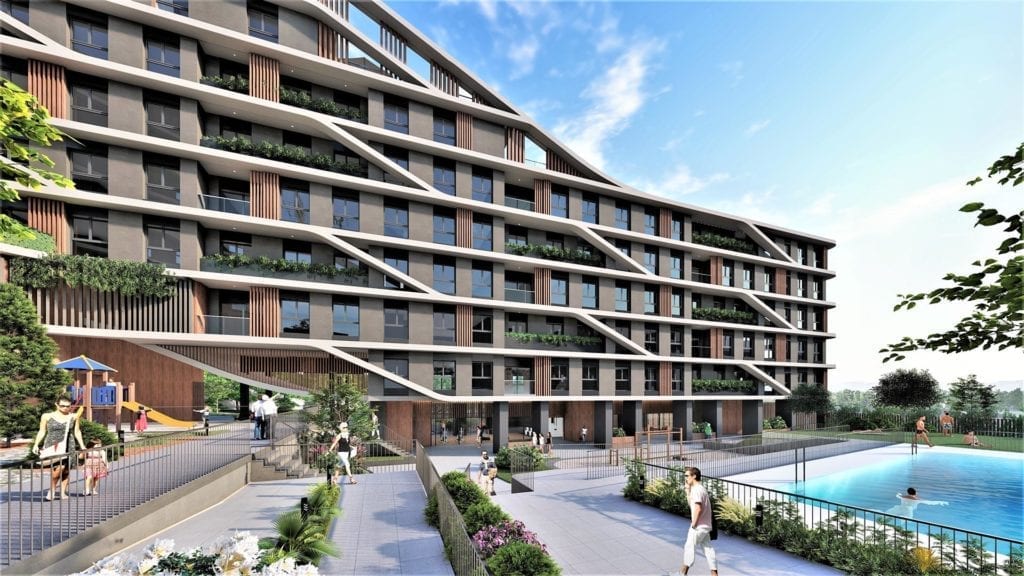 The turnover of the main appraisal companies associated with the AEV amounted to €274.3 million in 2019, down by 4% compared to the previous year.

The turnover of the 22 most representative appraisal companies in the sector, those associated with the AEV, amounted to €274.3 million in 2019, which represented a decrease of 4% compared to the previous year.

According to the AEV (‘Asociación Española de Análisis de Valor’ or Spanish Association for Value Analysis), this decrease is ‘consistent’ with the total volume of appraisals carried out, which decreased by 5.27% compared to 2018, to a total of 1,100,000 appraisals in 2019. The data comes at a time when the Bank of Spain is warning that the absence of transactions due to the market shutdown is preventing the performance of realistic valuations. As such, it is advising against applying the comparison method.

The institution believes that the absence of transactions due to the shutdown of the market is preventing realistic valuations and advises against applying the comparison method.

The Bank of Spain has sent a letter to AEV and Atasa, the trade associations of the appraisal companies, in which they make several recommendations to be applied in the situation generated by Covid-19.

In the letter, which was disclosed by Expansión and confirmed by the trade associations to Brainsre.news, the institution assures that “in the current situation, given that transactions have practically disappeared, there are no up-to-date comparables that reflect the market. In the not-too-distant future, when transactions begin to recover, we can expect to see the new price level. ” 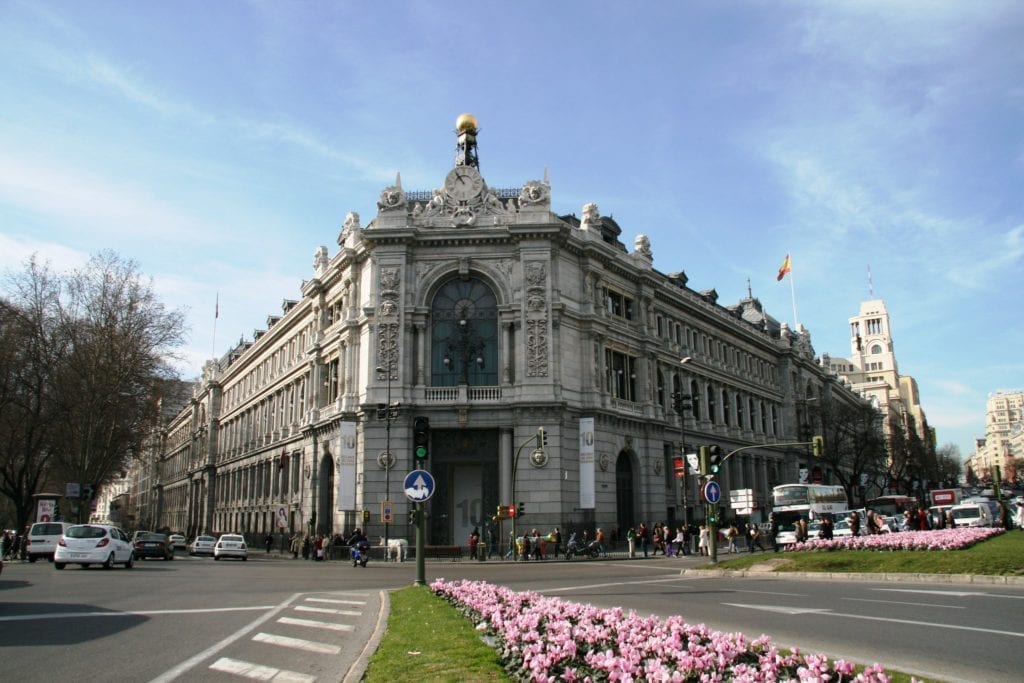 The Bank of Spain forecasts a decrease in the growth of the Spanish economy that is unprecedented in recent history, with a decline that has already reached 9%.

The Bank of Spain forecasts a decrease in the growth of the Spanish economy that is unprecedented in recent history, with a decline that has already reached 9%. In a document published on Monday, the body calculates that activity in Spain registered a quarterly decrease of 4.7% between January and March.

For the year as a whole, the Bank of Spain has established three scenarios. Two of them are based on the lockdown lasting eight weeks – at the moment, the Government has proposed a third extension, which is pending approval, until 9 May – and the third where the State of Emergency goes on for three months. 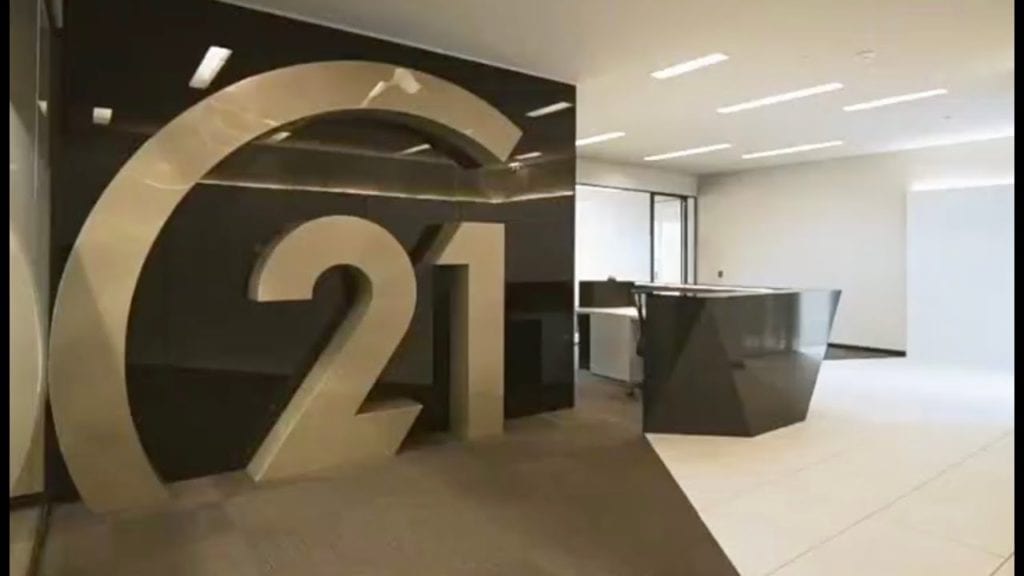 The company has registered as a real estate credit intermediary with the Bank of Spain in its first franchise pilot.

This figure, new in Spain, has emerged in response to the online mortgage comparison websites. Century 21 Spain began its conversations with the Bank of Spain in 2019 with a view to exporting its experience in the Portuguese market, where this professional figure has existed now for more than a year. The company seeks to adapt its model to the reality in Spain, in accordance with European regulations.

After several months of research using a Spanish pilot agency, the brand, advised by the law firm Pérez Llorca, has now established the precise requirements for each of its real estate franchises to have a team of expert financial credit intermediaries.

Housing and the need for public-private partnerships to build affordable homes was one of the hot topics during the recent election campaigns. But the reality is that the public administrations do not have the resources to fund any substantial residential programs.

In addition, Spain has traditionally been a country of homeowners and so most of the few affordable homes that the state has been building have been sold rather than put up for rent. This represents a major problem for the growing population of renters in the country, which some estimate currently account for 23% of total demand, compared with the European average of 34%. The Bank of Spain’s official figure for 2017 was 16%. Regardless, private companies are entering the market to fill the gap.

One such example is Azora, which has been managing social housing for rent since 2004 through its fund Lazora. It estimates that Spain needs 2.5 million mostly affordable rental homes to bring it in line with the European average. That would require an investment of approximately €300 billion over the next few years, a mammoth figure.

Azora actually sold its Lazora portfolio, containing almost 7,000 homes (private and social) to CBRE and Madison in 2018. They committed to continue investing capital in the sector and have already committed more than €200 million in various projects to build 1,200 more homes.

Azora still manages almost 14,000 social and private rental homes across the country and has recently been joined in the sector by the property developer AQ Acentor, the real estate arm of the German fund Aquila Capital. Specifically, AQ Acentor is planning to build 1,450 VPO rental homes in Villaverde, Barcelona, Valencia and Málaga. The numbers are not huge but they will go some way to plugging the gap.

Azora considers that more institutional investment is required to make up for the housing deficit and that “to attract such capital, we need solutions and policies that promote and facilitate the construction of new rental homes”. It remains to be seen whether the politicians can put their ideological differences aside and come up with a clear and consensual housing policy for the benefit of the country at large.

The Bank of Spain does not think that a real estate bubble exists. The institution’s Director General of Economics and Statistics, Óscar Arce, has assured that the bank does not consider that the housing market is “overvalued in general”. Nevertheless, he is following the sector “very closely” given its history.

Arce highlighted several differences between the current climate and the previous cycle including the fact that price rises now are not uniform across all regions or cities. In fact, according to the latest data published by the Bank of Spain, average house prices rose by 6.8% YoY during Q1 2019, driven by Madrid, Barcelona, some parts of the coast and the islands.

According to the Bank of Spain, there is a mismatch between the homes that buyers are demanding and those that are available for sale. Indeed, that is one of the main conclusions of the latest report published by the supervisory body entitled the “Recent evolution of the housing market in Spain”.

According to the report, one of the key characteristics of the Spanish property market is its high degree of heterogeneity by region, type of home (new and second-hand) and buyer nationality. “The characteristics of the homes demanded do not necessarily match with the available supply, in certain places, and may differ in terms of size, quality and location”.

In addition, the Bank of Spain warns about the difficulties that young people are facing when it comes to affording a home, as a result of their precarious working conditions. Their situation is further compounded by changes made in recent years regarding tax breaks (the removal of them) for buying a home and the growth of the rental sector.

The Bank’s analysis focuses on Madrid and Barcelona, which are both very close to the peaks of the boom in terms of rental prices. Meanwhile, house prices are currently around their 2006 levels.

Nevertheless, according to the report, it does now seem easier to obtain a mortgage or at least one with more favourable terms for the borrower. Interest rates have decreased and lending periods (mortgage terms) have increased. Approval criteria and general financing conditions have also been relaxed.