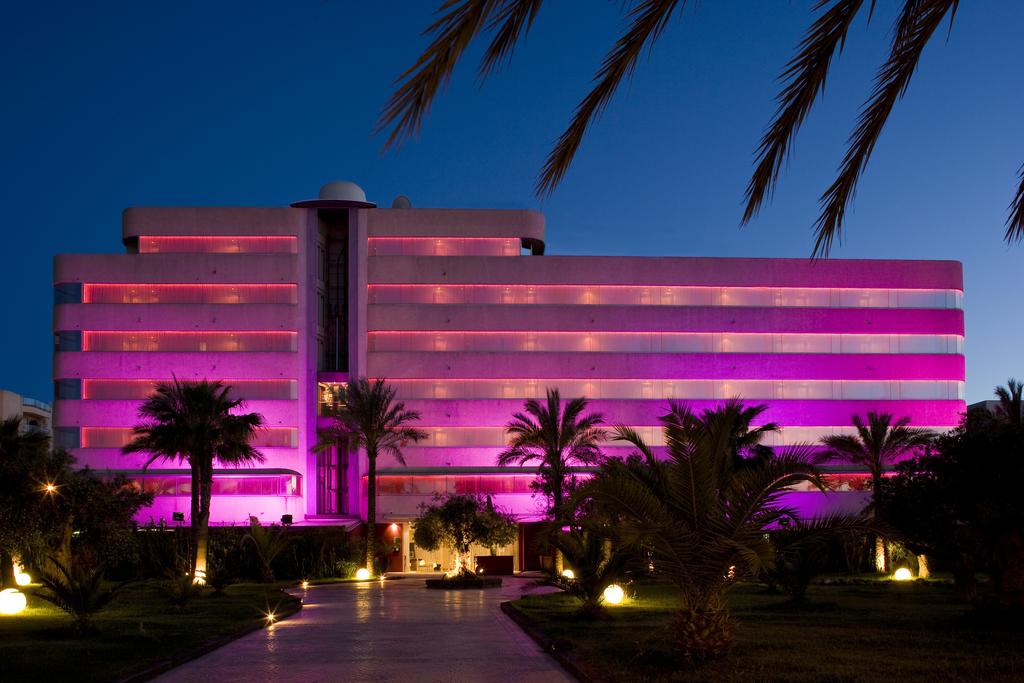 4 January 2020 – The Reuben brothers, the fourth wealthiest family in the UK, have acquired the Hotel Pacha in Ibiza through a joint venture with the Pacha Group. The Reubens will finance Pacha’s expansion in Ibiza and around the world.

The new joint venture will renovate the existing 57-suite hotel and possibly build an extension in the adjoining parking lot.

The deal marks the Reubens third acquisition on Ibiza. The brothers also paid 40 million euros to buy up 166 hectares of protected land on the island.

30 September 2019 – International investment funds are already circling over Thomas Cook’s assets in Spain after its bankruptcy last week. Investor interest is focusing on the Balearic Islands, where Cook operates about 20 units.

Blackstone has recently been the most active buyer in the Balearic Islands through its hotel division, HI Partners. The groups Atom Hotels, Portobello Capital, Covivio, CBRE Global Investors, Corum AM, Elaia Investment, Apple Leisure Group, KKR and Hispania are also active in the region.

Beyond the failure of Thomas Cook, a recent fall in tourist arrivals from Germany has also put pressure on some small and medium-sized operators, providing more fodder for the mill.

In recent years, the US fund Blackstone has invested €3.5 billion in the Spanish hotel sector through its specialist manager HI Partners, making it the largest hotel owner in Spain and the third largest in Europe after the Swedish firm Pandox and the French group Covivio.

HI Partners was created four years ago and owned 17 establishments by the time Blackstone acquired it in 2017 for €640 million. A year later, the US fund launched a successful takeover bid for the Socimi Hispania, which gave it control of another 45 hotels.

According to Alejandro Hernández-Puértolas, Partner and CEO of HI Partners, the firm now owns 62 establishments in Spain, with around 18,000 rooms. By region, 53% of its rooms are located in the Canary Islands, where it has 25 establishments, 26% are in the Balearic Islands (18 hotels) and the remaining 21% are located across the Peninsula above all in the Costa del Sol, Valencia and Cataluña.

HI Partners is headquartered in Barcelona and has offices in the Canary and Balearic Islands. It employs 100 professionals and its hotels are managed by 19 different operators including Marriott, Barceló, Hilton, Melià and Ritz Carlton.

Several property developers have been feeling the pinch. Competition has increased a lot, above all in some local markets, and prices have risen in certain areas, due to a shortage of land and increased competition, which is deterring demand.

House purchases by foreigners have also been showing some signs of stagnation at the national level, with lower growth rates recorded in 2018. Foreigners closed 50,249 operations last year, which represented an increase of just 1.4% YoY.

The Brits are back

Together with Madrid and Barcelona, the real estate market in the Balearic Islands has led the real estate recovery in recent years. Boosted by its geographical limitations (land for the construction of new homes is finite), the boom in tourist rents and the huge push from foreign demand (foreigners account for 30% of transactions), house prices have soared over the last four years to return to the levels of the bubble, and, in some cases, even higher.

Specifically, house prices in both Ibiza and Calvià are now higher than their historical peaks at the height of the previous cycle (up by 38% and 1.6%, respectively, compared to February 2008). That is according to data published by Fotocasa relating to second-hand homes, which reveals that the number of building permits being granted in the two municipalities has also returned to pre-crisis levels.

In fact, Ibiza is one of the most expensive cities in Spain for buying a home, after San Sebastián and Sant Cugat del Vallès, according to Engel & Völkers. Much of the rise in house prices on the island is due to the strong rise in demand, especially from overseas buyers, with Germans leading the ranking by nationality.

According to the College of Registrars, the Balearic Islands is the second most active autonomous region in Spain in terms of house sales with 13.41 sales per 1,000 inhabitants, outperformed only by the Community of Valencia with 15.88 and ahead of the Community of Madrid with 11.63. Moreover, it is the eighth most active province by absolute number of transactions.

The real estate market on the Balearic Islands, and especially the well-known Ibiza, have exemplified the market’s recovery since the beginning of the financial crisis, just over a decade ago.  Aided by geographical constraints, limiting any potential growth on the islands, housing prices have increased significantly over the past four years.

Burgeoning demand by foreign buyers has pushed prices on Ibiza to a level that is 38% above the previous historical highs seen in February 2008 (for existing housing).  Other Balearic municipalities are also clawing their way back up, though at a reduced pace.  Fotocasa stated that prices on Calvià are 1.6% above pre-crisis levels while prices in Palma de Mallorca are just 1.3% below.

That growth has led to Ibiza to have the third most expensive property prices in Spain, behind San Sebastian and Sant Cugat del Vallès (near Barcelona), and ahead of Barcelona, Santa Eulalia del Río (also in the Balearic Islands), Pozuelo de Alarcón and Madrid. All have prices exceeding 3,000 euros per square meter. The Balearic Islands also has the second highest levels of real estate activity in Spain, with 13.41 sales per thousand inhabitants, only surpassed by the Valencian Community with 15.88 and ahead of the Community of Madrid, with 11.63.

According to data compiled by CBRE, 47 transactions were closed in the hotel market in the Balearic Islands in 2018, corresponding to a total investment volume of more than €967 million. That figure accounted for 20% of the capital invested in Spain during the year and 32 of the transactions were concentrated in Mallorca, followed by Ibiza with 11 operations and Menorca with just 4.

Most of the operations involved hotel portfolios although two individual asset sales stand out due to their high prices per room: Hospes Maricel & Spa (as part of the Hospes Portfolio) and Belmond La Residencia. Both are 5-star establishments.

Since 2014, when a large Chinese company, Jiangsu GPRO, acquired the historical Valparaíso Palace hotel in Mallorca, interest from Chinese investors and tourists in the Balearic Island has soared.

Until then, some Chinese people had moved to live on the island but they had done so to create small businesses, above all in the Pere Grarau district, to form a small community of almost 4,500.

Since GPRO’s purchase of Valparaíso Palace, Chinese business people have been investing more in the island; the Balearic Government has been promoting different areas as backdrops for Chinese films; and now, plans are afoot for direct flights to begin between China and Palma de Mallorca with a layover in Barcelona or Valencia. The intention is to increase the holiday offering for Chinese tourists in the Balearic Islands.

Chinese companies are also interested in investing in the Par Bit technological park just north of Palma. They are committed to improving their image in the region and creating jobs.

Turespaña forecasts that by 2025, China will be the country with most tourists travelling the world, with around 220 million per year.

The property market in the Balearic Islands is experiencing the perfect storm. Very high land prices are driving up the cost of the few new homes that are being built. As such, local residents are facing serious difficulties when it comes to affording a home.

Not only are land prices high; in many cases, the plots are owned by large business groups, which are opting to hold onto them to benefit from further capital appreciation rather than develop or sell them immediately. What’s more, the few new homes that are being developed are very expensive, beyond the reach of most local families.

These factors are compounded by the complete failure on the part of the public authorities to construct any social housing in recent years, which only serves to aggravate the housing shortage in the market.

There is a great deal of demand, not only from local families, but also from foreigners, who want homes of their own on the island, and from seasonal workers moving from other parts of the country. Moreover, supply is limited and as such, prices are soaring. This situation is made worse by the fact that many overseas buyers and renters can afford to pay more than most islanders, which is driving out the locals.

All in all, it’s a gloomy picture for island residents.

The British property developer expects to see higher growth in 2019, according to the annual report published by the group. In 2018, Taylor Wimpey launched 342 new homes onto the Spanish market at an average sales price of €344,000. At the end of the year, the company had 284 homes reserved.

Taylor Wimpey España is working to start six new developments soon in the areas where it carries out its activity: three in the Balearic Islands, two on the Costa del Sol and one on the Costa Blanca (…).