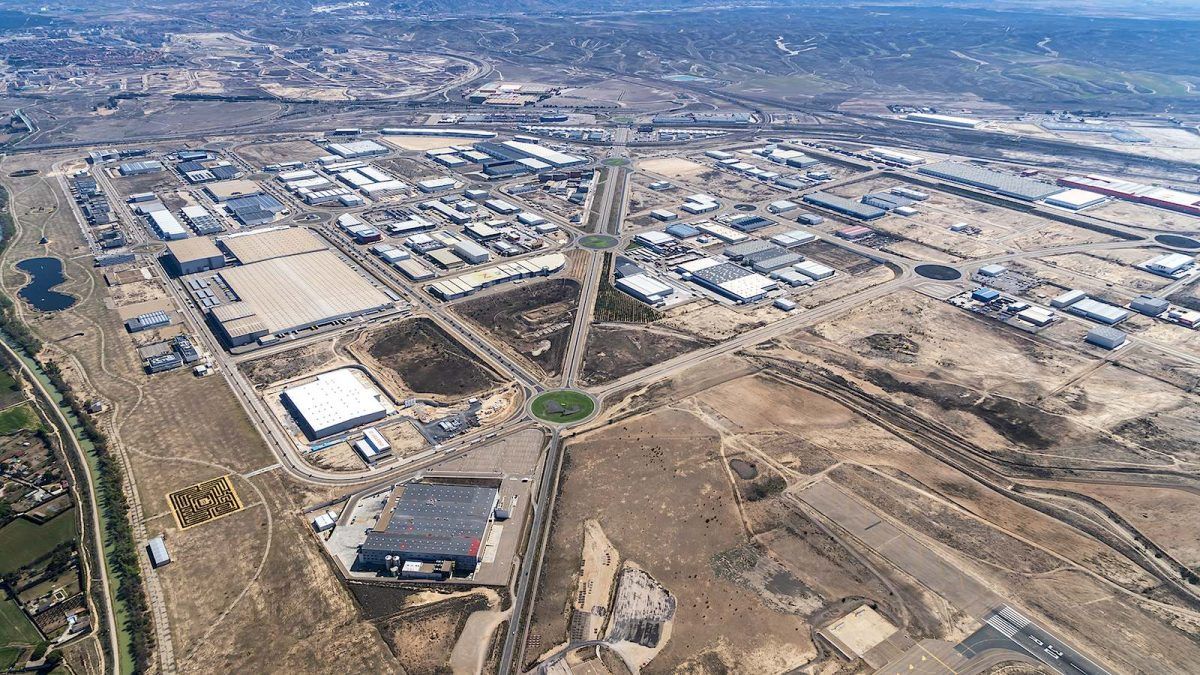 Bancalé has acquired the rural plots of land associated with the failed urban operation linked to the Plaza Logistics Platform in Zaragoza. The Aragonese investment group plans to use the plots for the development of a new agricultural line of business, as well as to grow its renewable energy division with the construction of a large photovoltaic solar plant on the site.

The plots are located between the La Peñaza golf course, the A2 motorway, the Centrovía industrial estate and the AVE railway tracks, and span 1,220 hectares in total.

The family office has reportedly paid more than €10 million for the land, which was previously owned by the US investment giant Blackstone.

Popular has increased the book value of the real estate complex that was going to house its future headquarters to almost €400 million. The complex, which is still under construction, is being built on two plots that Popular purchased from Vocento in 2008. The plots span a surface area of more than 100,000m2, alongside the A2 motorway in Madrid. The market valuation of the headquarters could amount to €200 million, according to calculations by real estate experts.

The property is one of the unique assets inherited by Santander following its purchase of Popular. For the time being, the group will retain control of the headquarters, given that it has not been included in the batch of assets that Santander is going to transfer to the company that it is going to constitute together with Blackstone. That new company, in which the US firm is going to hold a 51% stake and Santander a 49% stake, will manage the damaged portfolio inherited from Popular. The company will be born with assets on its balance sheet with a gross value of €30,000 million.

The corporate complex of the former Banco Popular comprises two independent buildings, located on both sides of the A2. One of them, on Calle Abelias, is already finished. The second, on Calle Juan Ignacio Luca de Tena, is still under construction. The initial forecast was that the building work would be completed this autumn.

The book value of the property on Calle Abelias amounts to €132 million, according to the most recently published figures, which relate to December 2016. Of that total value, €44 million relates to the cost of the land and €93 million to the investment in the construction of the building. The sum of those two figures equals €137 million, from which €5 million has already been deducted for cumulative depreciation, to arrive at the aforementioned figure of €132 million.

In terms of the building on Calle Luca de Tena, the cost of the land amounts to €112 million. Meanwhile, the value of the construction in progress amounts to €149 million at year-end, up by €74 million compared to 2015. The sum of the two figures gives a global value of €261 million.

The property that has already been finished, on Calle Abelias, was inaugurated in January 2013 and houses Popular’s technological headquarters. The IT migration is one of the most sensitive elements of the merger currently underway between Santander and Popular (…).

Following the purchase of Popular, Santander now has four large corporate centres in Madrid. On the one hand, it has the Ciudad Financiera, its central headquarters, located in the Madrilenian town of Boadilla del Monte. That building was inaugurated in 2004, has a surface area of 250 hectares and comprises nine office buildings (….). Santander also owns Banesto’s former corporate complex, located on Calle Mesena in Madrid, which is home to the Santander España division. Meanwhile, the group owns the historical headquarters of the now extinct entity Banif, specifically, the small palace located on Castellana 24, which has housed the central services of Openbank, the group’s digital bank since this summer.

Banco Popular’s future corporate headquarters has been left without a tenant before the financial entity has even moved in. It was scheduled to take up residence in the last quarter of this year. The complex, located on the A2 motorway in Madrid, and designed by the architects Ayala and the Aguilera Ingenieros engineering team to be Popular’s financial city, comprises two buildings with a combined surface area of around 120,000 m2, as well as 1,600 parking spaces.

Currently, only one of the buildings – the property located at number one on the Madrilenian Calle Abelias – is occupied. The building has been Popular’s corporate headquarters since January 2013 and employees from the financial institution’s Information Technology (IT) team work there.

The Abelias building has a surface area of 54,300 m2 and is reportedly worth around €80 million. According to market sources, this property is currently the one with the most likelihood of finding a buyer and, potential candidates for acquiring these facilities include many of the Socimis and value added investment funds, which are generally willing to take on more risky assets.

The entity’s technological headquarters has an above-ground surface area of 22,600 m2 and another 31,700 m2 of space underground, as well as around 700 parking spaces. The building has been granted a Leed Gold certification by the United State’s Green Building Council (USGBC).

Very close to this building, on a plot of land on Calle de Juan Ignacio Luca de Tena, is the other property that was going to house Popular’s corporate headquarters. That building, which has an above-ground surface area of around 45,000 m2, dedicated to office space, and around 1,000 parking spaces, is reportedly worth around €120 million, without a tenant.

Banco Popular’s existing headquarters in the Beatriz Building, at number 29 on the Madrilenian Calle Ortega y Gasset, will have a new tenant from January: the law firm Baker&McKenzie. That property, which was constructed in 1975, has seven storeys, an attic and an upper attic, is owned by Vyosa.