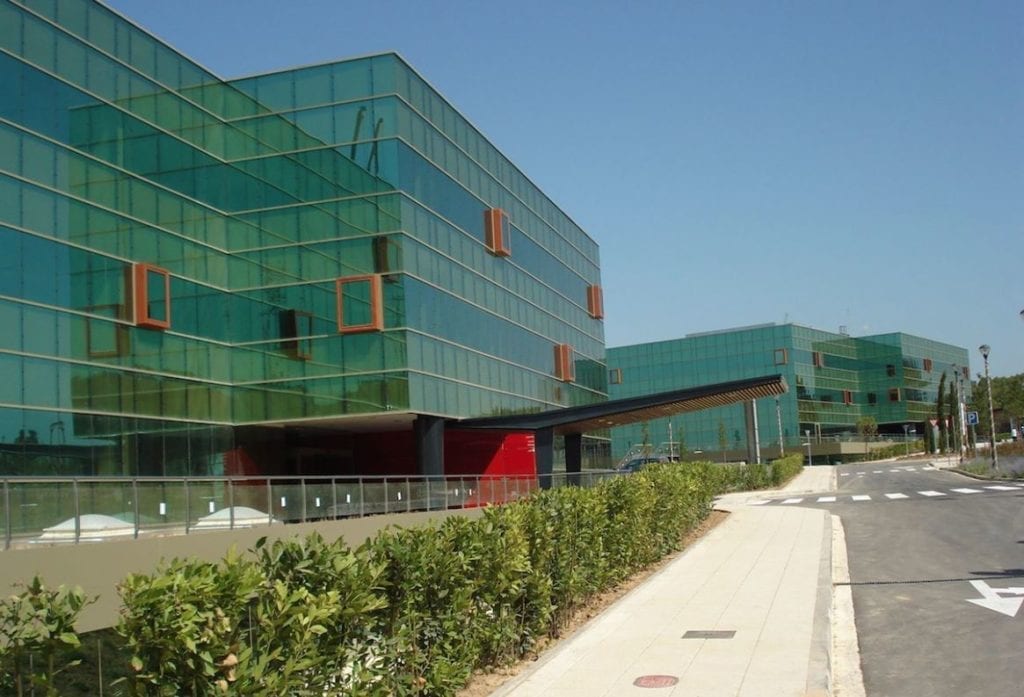 Blackstone has agreed to purchase an office building that La Llave de Oro is currently constructing in Barcelona’s 22@ district, in a deal that is expected to be closed for €100 million. The property is located on Calle Sancho de Ávila and will have a gross leasable area of 17,400 m2, on a plot spanning 3,300 m2.

The purchase of office buildings off-plan is becoming a bit of a habit in the Catalan capital’s 22@ technological district after the German bank Commerzbank paid €132 million in December for two offices that Conren Tramway is constructing there.

Bonavista Developments, through Mitsubishi Estate London and Europa Capital, has completed the purchase of a plot of land in the heart of the 22@ district of Barcelona, on Calle Cristóbal de Moura, for an undisclosed sum.

The two companies are planning to invest €40 million in the construction of a new office building on the site. The new offices are expected to span a surface area of 11,500 m2 and construction is scheduled to begin later this year.

Real IS, a subsidiary of Bayerische Landesbank, has acquired the building located Avinguda Diagonal, 67, in Barcelona’s 22@ district. The building is currently leased to technology and marketing firms.

The asset, which was sold by a local family office, has a total area of 5,400 square meters, eight above-ground floors and three below-ground parking floors.

The office market in Barcelona broke historical records in terms of space leased and rental prices during the first quarter of the year, according to a report from the consultancy firm BNP Paribas Real Estate.

According to David Alonso, Head of Research at BNP, the office market in Barcelona was traditionally dominated by SMEs demanding spaces measuring less than 1,000 m2. Nevertheless, since 2015, that trend has changed with the arrival of technological companies requiring larger offices, and since 2017, with the entry of coworking companies – the latter leased 22% of the space let during Q1 2019.

Nevertheless, the two largest operations were closed in more secondary areas: the rental of 18,000 m2 in Sant Joan Despí by Gallina Blanca and the rental of 17,209 m2 on Gran Vía in Barcelona by La Caixa.

All of this activity drove up rents with prices in prime areas, such as the best buildings on the upper end of La Diagonal, reaching €27/m2/month, and some operations even reaching €30/m2/month, whereby exceeding the maximum recorded in 2008 (€27.5/m2/month).

Conren Tramway has purchased a plot of land at number 162 Calle Almogàvers in Barcelona’s 22@ technological district, on the same block as another project that the firm is already working on, at number 97 Calle Badajoz.

The company, owned by the Hugas brothers and the German manager Conren Land, plans to build an office building on the 8,000 m2 plot. Construction work is expected to start next year and be completed by 2021.

InmoCaixa, the real estate arm of La Caixa’s holding company Criteria is finalising the purchase of a 8,000 m2 building located at number 331 Calle Llull, in the 22@ district of Barcelona.

The building is managed by the German fund manager GLL and the purchase price is reported to amount to €35 million.

The property is currently leased in its entirety, mostly to Torraspapel, the paper company belonging to the Lecta group, which occupies 7,000 m2.

Investment in the office market in Barcelona amounted to €695 million in 2018, of which €253 million (36%) corresponded to the 22@ district, according to a report compiled by BNP Paribas Real Estate España.

The forecasts for 2019 reveal that almost 77,800 m2 of new office space will be handed over in the technological district alone this year, more than doubling the figure recorded in 2018.

The 22@ district is home to 42% of all of the companies in Barcelona with high-profile tenants of the calibre of Facebook, Hewlett Packard and King, as well as Glovo and Llacuna.