The Valdebebas Compensation Board has signed an agreement with the Socimi ‘General de Galerías Comerciales’ to sell it the commercial land in Valdebebas, where the largest shopping centre in the north of the Spanish capital is going to be built. 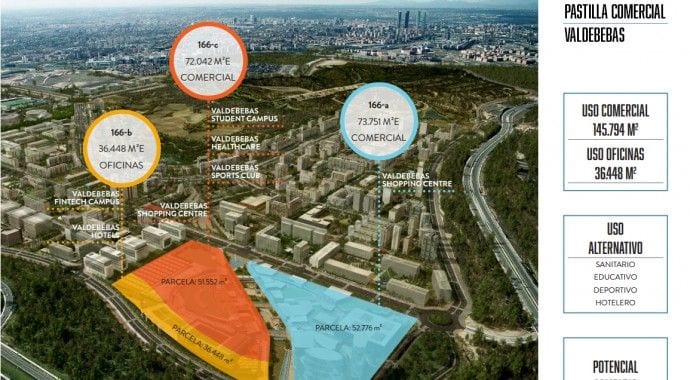 Project Ágora in Valdebebas groups together three plots with a commercial surface area of 145,794 m2 and an office surface area of 36,448 m2 with the option for alternative uses, such as healthcare, education, hotel and sports facilities. The space is completed with green areas and parks spanning 24,500 m2. General de Galerías Comerciales has acquired the buildable commercial land spanning 145,794 square metres for €55 million in total, although the Valdebebas Compensation Board was hoping to receive between €80 million and €90 million for the sale of the rest of its assets. At present, the 36,448 m2 of office space that completes the so-called “commercial block” has yet to be sold.