We are only just recovering from the barrage of company results for 2019, and yet the end of the first quarter of 2020 is almost upon us already. That is the sheer reality of this sector (and of many others, for that matter). And so, as the quarter comes to a close, we take the opportunity to reflect. What have the first few months of this new year brought us? Are they representative of what we can expect to see over the coming months? All indications are that the answer will be somewhat Galician in nature: Maybe, maybe not. And that is because to take a real photograph of the property sector, you have to be on the move. Like a hyperlapse in millennial jargon. 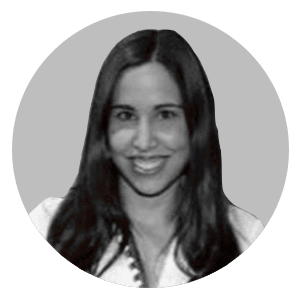 At the beginning of the year, as the new PSOE-Podemos coalition Government began to take shape, experts in the real estate sector were daring to talk about a 2020 marked, once again, by significant activity. Low interest rates and a favourable economic context – with growth in Spain forecast to outperform the European average, albeit at a lower rate than last year – had left the land fertile for investors, with a strong international profile, to continue backing Spanish property. Indeed, we have seen several high-profile operations involving all kinds of assets: some deals were left over from last year, such as the German fund ECE’s purchase of the Intu Asturias shopping centre for €290 million and the sale of ING’s future headquarters by Blackstone to the Korean fund Inmark for €190 million. It seems that these operations are a good indicator of what will happen in the market this year: if a product is good, there will always be a buyer.

2020 is also set to be a milestone year in terms of major urban development projects. In Madrid, the so-called Operación Chamartín (now Madrid Nuevo Norte) is awaiting the final, and now definitive, go ahead so that the largest urban regeneration project still to be completed in a major European capital city can begin. This year, we should also find out what the role is going to be of its great promoter, and even today, its largest shareholder, BBVA. The bank has already acknowledged that this real estate activity does not form part of its core business, and it has begun negotiations with several investors to sell its majority stake, once the administrative obstacles have been overcome. But, for the time being, none of them has prospered. Merlin, one of the stars of these negotiations, has ended up buying its stake from the other major player in the project: the construction firm San José. This year looks to be key for both partners as they vie to establish their respective positions.

Meanwhile, in Barcelona, the development of the last remaining area of the 22@ district, one of the great urban development successes of recent years, looks set to be another milestone for the next 12 months. However, the suspension of licence processing in the district has thrown up lots of questions. We hope that the market in Barcelona will once again demonstrate its robustness and continue to be a focus with international appeal, as it did throughout the recent political upheaval.

Finally, in recent days, a new phenomenon has arrived, which is overshadowing all the other news: the coronavirus. The impact of this new virus on activity in many Chinese factories, the cancelation of thousands of events (what will happen to the big event of the sector: MIPIM?) and business trips, and the impact on tourism, throw any kind of predictions made until now completely up in the air. As you well know: the world never stops now, not even to take a photo.