The building situated on Calle de Claudio Coello, 11 in Madrid’s sought-after Salamanca neighbourhood has been on the market for more than a year. The property spans just over 2,000 m2 and used to house the headquarters of the University of Villanueva. However, at its current asking price, of €17 million, no one wants to buy it, despite the fact that plans have already drawn up by the firm Molior Arquitectura y Construcciones to convert it into eleven luxury apartments. 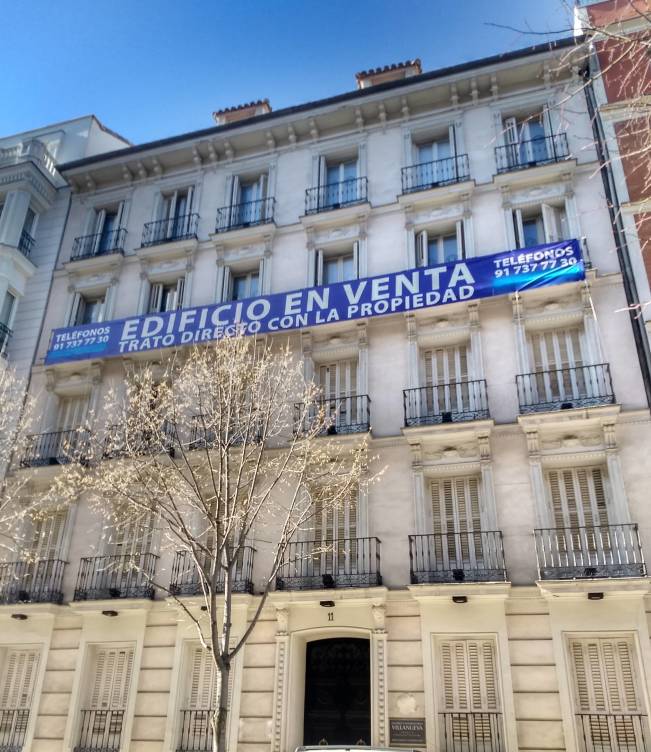 What’s more, the vendors, which include the Venezuelan-based company Lemon Prime, owned by the brothers Manuel and Federico González-Weil, have already reduced their asking price by 40% from €27 million to its current level of €17 million. But that figure still works out at around €8,500/m2, which means that the numbers just don’t add up for any of the potential investors.

A short distance away, on Calle Montalbán 11, Italinmuebles has sold 9 of its 10 luxurious homes in a similar property for an average of €13,500/m2. In this context, for Claudio Coello, 11 to be profitable, it would need to be sold (pre-renovation) for around €11-12 million, equivalent to €6,000/m2. That is around the same price that the current owners paid for the property when they acquired it in 2013. Whether those owners will now be willing to accept such a significant discount remains to be seen, but they will certainly be anxious to divest before the Spanish real estate market takes a turn for the worse.