The suspension of construction work in Andalucía brought to a standstill 989 projects comprising 26,195 homes, equivalent to 20% of all the homes under construction in Spain at the moment. Malaga is home to 50% of that activity. 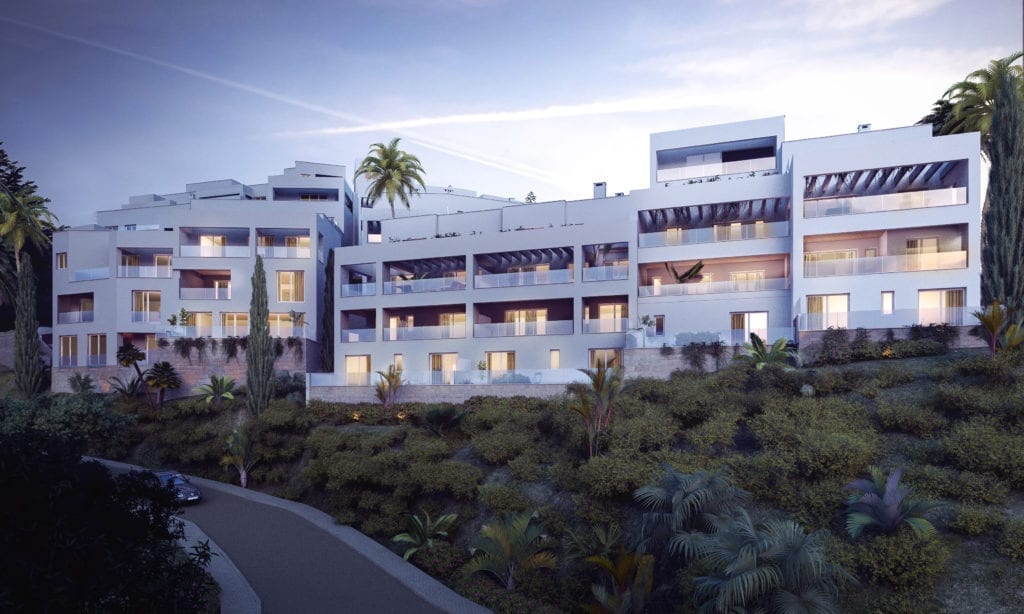 In April of this year alone, 1,322 new homes were scheduled to be completed across 76 projects in Andalucía, according to data compiled by the Brainsre Big Data real estate platform. Despite the return to work on Monday 13 April, following a fifteen-day suspension, finishing those homes on time is going to prove quite the challenge.

At the end of March, when the Spanish Executive stopped all non-essential economic activity in Spain, there were 4,809 developments and 131,471 homes under construction across the country. Of those, 20% are located in the autonomous region of Andalucía, with one clear focus of concentration: the Costa del Sol. And Malaga is the driving force, with more than 13,000 homes in the pipeline. Now that the restrictions have been lifted, the building work must resume.

“More than half of the homes, up to 60% of the portfolio under construction, form part of medium-sized developments – those comprising more than 50 units-, with a specific weight in the area where they are being built,” says Antonio Ramudo, Data Scientist at Brainsre. In total, there are 173 developments with 15,790 units in progress.

In terms of the completion of projects, the data illustrates the urgency to finish, since there are then the licensing procedures to complete ahead of the final delivery. In this way, the completion of 12,820 units was planned for 2020. As such, almost half of the homes under construction were expected to be completed this year, a figure that is above the national average. Given the delay due to the State of Emergency, the completion of many of those properties will now be delayed until 2021, whose delivery rate will be altered to reflect these delays, Ramudo explains.

“The low volume of social housing under construction in the region stands out since only 4% of the homes under development are destined for such purposes, whereas the national average is 8%,” says Antonio Ramudo.

Málaga in the lead

By province, it is worth noting that 50% of the new homes being constructed in Andalucía are located in the province of Malaga. More than 13,000 homes were underway there, distributed over 497 sites, when Royal Decree 10/2020 came into force.

Cádiz and Sevilla are home to another 30% of the residential properties under construction, with 3,900 and 3,800 homes respectively. They are followed by Córdoba, Almería and Granada, with between 1,500 and 1,650 homes each and, then by Huelva and Jaén, with 352 and 232 homes, respectively.

If we look at the distribution of new build projects at the municipal level, work on 3,436 homes was suspended in Málaga capital alone. There, the main focus of concentration of the units under construction are the Teatinos neighbourhood and Parque Martiricos, where almost 600 homes are currently being built on the site of the former Citesa factory, says the Data Scientist from Brainsre.

The Costa del Sol, the centre of the new home boom

The reason why the province of Malaga is home to half of the residential properties under construction in Andalucía is because it represents the centre of the Costa del Sol boom. In fact, 6 of the 8 Andalucían municipalities with the most suspended homes are located in the province. Behind the aforementioned capital, Estepona has 2,655 homes underway, whilst Mijas, Fuengirola, Marbella and Vélez-Málaga have between 800 and 1,300 homes each.

The presence of Cádiz in second place on the list of Andalucían provinces with the most new build projects on hold comes about due to the high concentration of construction projects in coastal municipalities such as Tarifa, Rota and San Roque (Sotogrande). They are each home to more units under construction than the provincial capital itself.

Meanwhile, in Sevilla, the construction of 1,753 homes, spread over 43 developments, was suspended. The majority are located in Sevilla Este where more than 700 homes are being built by ASG Homes, Q21 and Habitat; and Aedas Homes is working on another 260 homes in Hacienda El Rosario, whereby grouping the new construction focus to the east of ​​the Andalucían capital.

The 4 large property developers concentrate their supply in the region

Metrovacesa was the property developer most affected by the suspension of work in Andalucía, with more than 30 projects underway comprising almost 1,800 homes. The Madrid-based property developer’s stock of homes under construction in Andalucía is widely scattered across the region with building sites located in 15 different municipalities.

In fact, Andalucía is the market where Metrovacesa currently has the most homes under construction, since 48% of its units are being built in the region. This fact, and the announcement of the implementation of the ‘Isla Natura’ project in 2019, through which Metrovacesa plans to build 2,900 homes in the south of Sevilla, are proof of the developer’s commitment to Andalucía.

In the case of Neinor Homes, 32% of its residential portfolio under construction is located in Andalucía. The Basque property developer has a very concentrated supply on the Costa del Sol, where 80% of its homes in the region are distributed, between the municipalities of Málaga, Marbella, Casares, Estepona and Vélez-Málaga.

Vía Célere also has the largest proportion of its construction portfolio located in Andalucía, with 31% of its future properties being erected there. Like Neinor Homes, it also has a high concentration of units on the Costa del Sol, with 87% of its homes in the region located there.

Finally, Aedas Homes has a similar percentage of its residential portfolio under construction in Andalucía, with 27% of the firm’s total located in the region, which is also its largest market. Aedas’s assets under construction in Andalucía are more dispersed than those of Neinor Homes or Vía Célere since it has important projects in Sevilla and Granada, as well as on the coast.