20 December 2020 – Ana Custodio e Richard Turner Aura Ree Portugal, acutely aware of the COVID-19 pandemic and the particular needs and shortages that have arisen, has joined the Aconchegar project through a donation of articulated hospital beds. The Aconchegar initiative aims to increase the number of available beds in support structures and national hospitals. The project was born as a response to the need to bring comfort to those most in need, at a time when the pandemic has shown weaknesses in our society, such as the lack of beds, in hospitals and supporting facilities. The initiative is a joint venture by the Fundação São João de Deus and the International Association of Microsoft Channel Partners, who intend for the project’s reach to extend much further, allowing the entire business sector and individuals to associate themselves with this worthwhile community-based initiative. Its ultimate goal is to provide Portugal with an increased capacity for the hospitalization and care of its elderly and vulnerable residents. In the first phase, the solidarity campaign has already distributed a total of 20 articulated hospital beds, ten articulated adjustable hospital beds, 33 hospital anti-bedsore mattresses and 60 metal guards. The project’s “ambassadors” include several public figures as well as several companies. According to Nuno Miguel Guerra, of the International Association of Microsoft Channel Partners (IAMCP), “Never before has the expression ‘together we are stronger’ been more important.” Aura Ree Portugal believes that it is fundamental to contribute to the well-being of all and to a better future in the area of health, and therefore, felt the need to take part in this important initiative. The campaign’s website can be found at www.aconchegar.pt (in Portuguese), where Aconchegar will regularly publish fund-raising figures and a tally the equipment acquired and distributed. 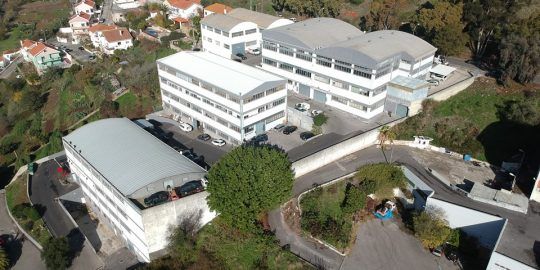 14 December 2020 – Canada's Oxford Properties is offering to pay 5.3 billion euros to acquire the asset manager M7 Real Estate. The total corresponds to the most recent valuation of the 830-asset portfolio. The properties, which are located in the United Kingdom and 12 other European countries, have a total surface area of 67.5 million square metres. M7s portfolio in Portugal is worth more than 175 million euros and consists of 35 assets, according to data revealed at the end of September by the company. The properties are mainly located in Lisbon (65%) and Porto (25%). Original Story: Vida Imobiliária – Vanessa Sousa Translation/Summary: Richard Turner
14/12/2020
16