Fitch dubbed the expected growth “moderate.” Above-average rises should occur in “places with stronger labour markets,” in larger cities such as Lisbon and Porto, as well as in the Algarve region. 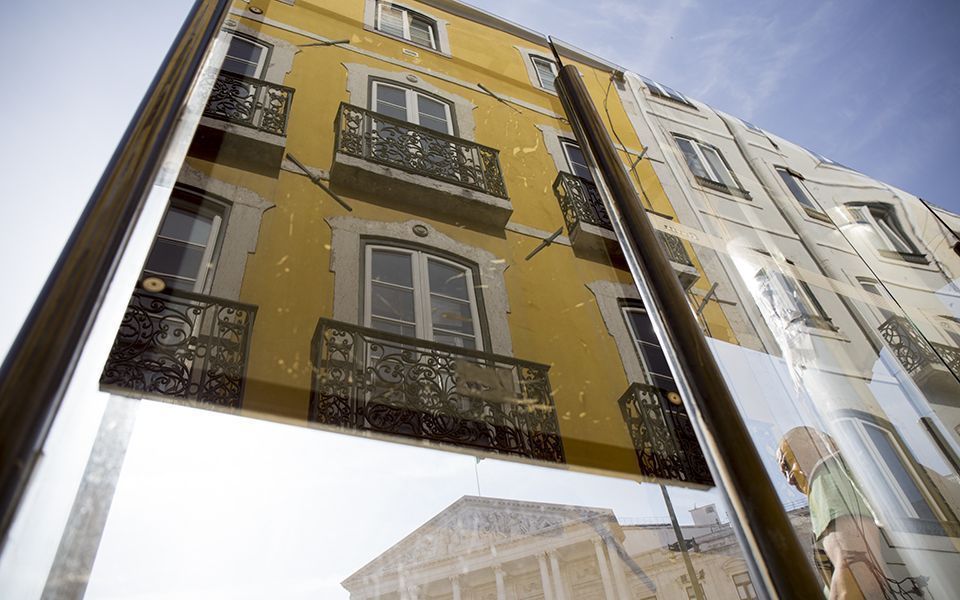 Fitch expects housing prices in Portugal to register moderate increases in 2018 and 2019, around 5% per year. This is due to the limited supply of real estate, along with sustained demand buoyed by a better macroeconomic environment.

“Above average prices are expected in large cities such as Lisbon and Porto, and in the Algarve. This is because they have stronger labour markets and markets that are heavily influenced by corporate real estate investors (companies and funds) seeking to capitalise on market opportunities,” Fitch stated.

“While housebuilding activity in Portugal remains weak, a recovery is starting to gather steam,” the rating agency said in its report “Global House Prices Will Rise, but Ideal Conditions to End.”

Official statistics show that construction permits and real estate rehabilitation grew for the second consecutive year, though starting from a very low base. For example, the annualised count of new building permits for housing increased by 30% since the second quarter of 2017, though this represents only 25% of the maximum value reached in 2006/2007.

The recovery in house prices has witnessed a 4% -5% annual increase since the end of 2015, buoyed by an improved macroeconomic outlook, improved consumer confidence and a limited supply of real estate, Fitch stated. However, despite the rise, average house prices are approximately 10% cheaper than in 2007. The price decline peaked in 2013 with a 25% drop in prices.

On the other hand, nominal disposable income per capita is expected to increase by 3.5% and 3.7% in 2017-18, Fitch predicts, which also forecasts a continued fall in unemployment, a trend seen since 2013, primarily driven by an increase in the services sector.

According to the agency, the average national indicator of the accessibility of housing has remained stable in the last 18 months in the 7.8x price-to-income per capita.

“First-time Buyers accessibility is expected to decline over the next two years, as house prices grow faster than the daily household income available to these borrowers,” Fitch predicts. On the other hand, accessibility for mortgage customers (old mortgage loans) is expected to remain stable, as interest rates are not likely to rise substantially over the next two years, he said.

Level of mortgages in arrears tends to fall

Fitch expects the quality of the total stock of mortgage loans to “improve gradually over the next two years, thanks to mitigation [reduction] of credit portfolios and stable payment histories, and thanks to the improved economic outlook and low-interest rates.”

The ratio of non-performing housing loans continues to decline gradually. It fell by about 2.5% in one year, compared to the first half of 2017, resulting in a total drop of 18% from its peak.

However, the agency expects the growth rate of new bank lending for housing to “soften in 2018 and 2019 compared to the past two years,” mainly due to expected smoother GDP growth and persistent restriction to the accessibility of first home purchases.

Finally, Fitch referred to legislative changes in Portugal. Modifications to the insolvency framework were introduced with the aim of accelerating and promoting non-judicial debt restructuring solutions and helping to improve mortgage lending activity.

Also, Fitch says, online real estate auctions (rather than physical ones) are now allowed when the court foreclosure process is initiated, easing the bidding process and increasing efficiency.

The Fitch report examines the global real estate and mortgage trends. Globally, housing prices are expected to increase at a slower rate in 2018. Fitch has a stable/positive outlook for most real estate markets.

“We expect prices in 2018 to stabilise or decline modestly in overheated markets (in several cities), but if there is a limited price correction, following several years of accentuated price increases, the risk of major price depression in future recessions remains,” said the rating agency.

In its market analysis, Fitch addressed the peripheral eurozone countries which it expects to experience “strong increases in gross mortgage credit. In addition to Italy, new mortgage loans on the periphery of the eurozone will record double-digit increases. Portugal will see the biggest increase (40%), but the stock of mortgage credit will fall until 2019 (at least) with repayments occurring until then more than compensating for the number of new loans. In Ireland, central bank proposals may encourage competition between banks,” the rating agency says.