Temprano Capital Partners, a European investment group based in Barcelona, will provide 1,500 studios for students in Lisbon, Porto and Coimbra, consolidating its position as the most significant investor in the market for university residences in Portugal. The expected investment is between €80 and 100 million. 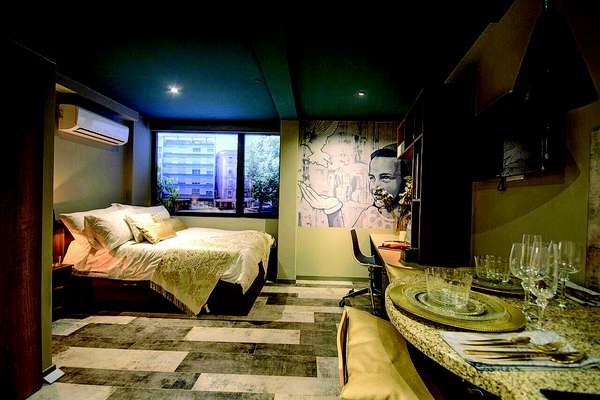 The group is close to completing the Collegiate Marquês de Pombal, on the Rua do Conde Redondo, its first student residence in Portugal, totalling 11,000 m². It is an old CTT building, now renovated and now transformed into a luxury university residence with capacity for 330 occupants. A swimming pool, fitness room, shared movie area, library and bicycle parking are some of the services available.

Starting next January, prices at the Collegiate Marquês de Pombal will be around 587 to 1,400 euros per month. The target audience will be not only Erasmus students but also Portuguese students.

On the Rua Sousa Lopes, in the Entrecampos zone, Temprano has already acquired a plot of land where it will erect a new building with capacity for 370 students, to be completed by 2019.

Porto will receive a building with room for 580 students near the university campus, with construction expected to be completed in two years. There is a building under negotiation in Coimbra, which will have 250 rooms if all goes well.

One of the company’s press releases states that “one of the goals of Temprano Capital Partners is to invest in projects that bring innovation, modernity and youth to Portugal, without forgetting the magical essence of their cities”.

Neil Jones, one of the founding partners of Temprano, explains that “we have been studying this market for a few months, and the first asset [the Conde Redondo] we acquired was in 2015. We identified this sector of university residences, practically non-existent in Portugal, as a strong growth area. Hence our bet. ”

“The truth is that it is not easy to find the kind of scale we need. It is challenging to find a 10,000-square-meter building in city centres,” says James Preston, another founding partner.

Heading up the architecture of the residences is José Quintela, who is responsible for projects such as the Centro Comercial Colombo or Vasco da Gama, and Bernardo Durão, in collaboration with the urban artist Mr Dheo.