The Banco de Portugal, the Resolution Fund and Lone Star have already signed an agreement that delivers 75% of Novo Banco to the American fund Lone Star. 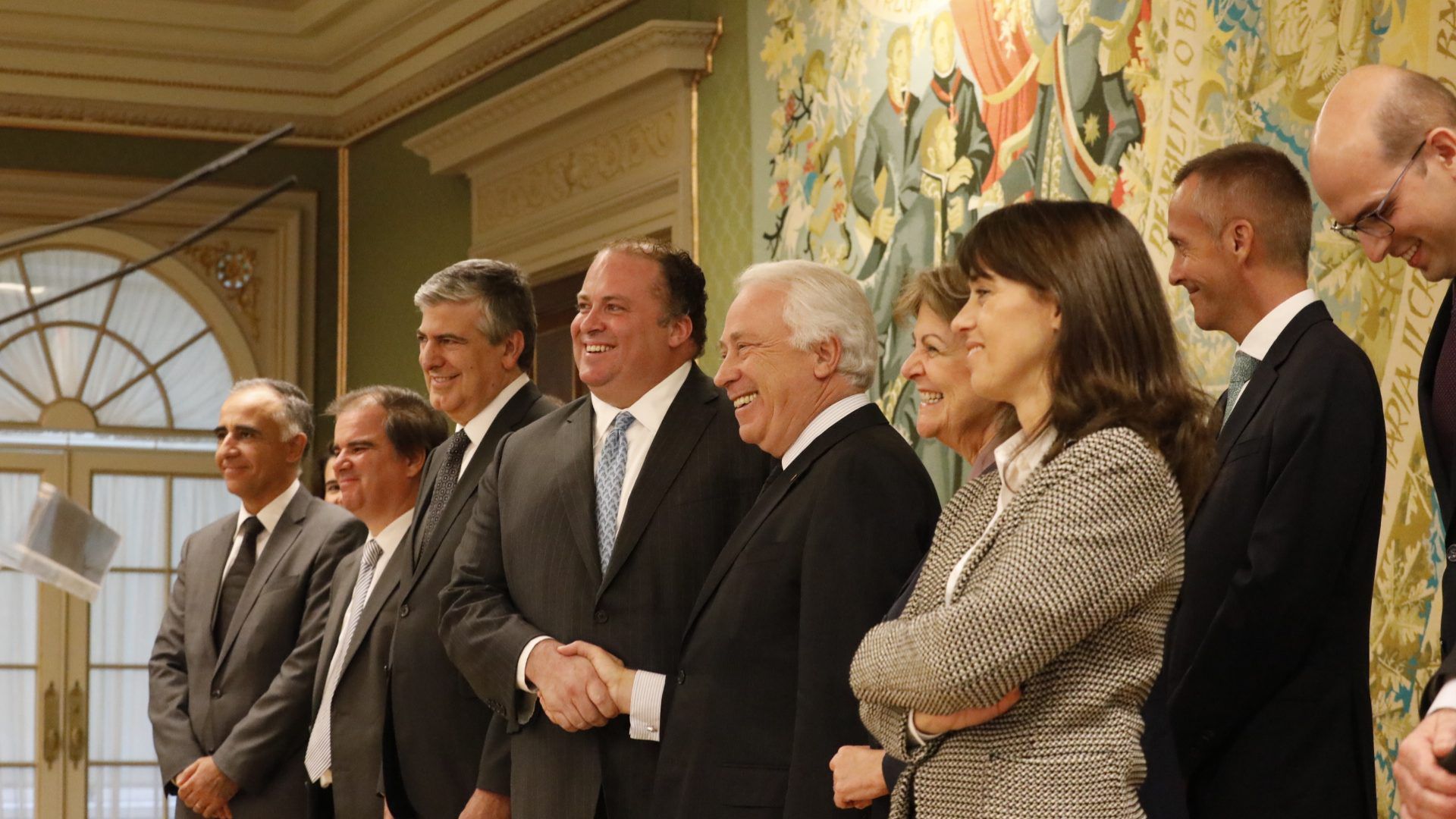 Three years after the liquidation of the Banco Espírito Santo (BES), it’s finally official: Novo Banco has been sold. The bank led by António Ramalho is now in the hands of the U.S. Lone Star fund after an agreement was signed Wednesday between the Bank of Portugal, the Resolution Fund and Lone Star.

The Governor of the Bank of Portugal, Carlos Costa, Sérgio Monteiro, responsible for structuring the operation, Luís Máximo dos Santos, deputy governor and head of the Resolution Fund, and the president of Novo Bank, António Ramalho were present at the signing ceremony. Donald Quintin, senior managing director of Lone Star, represented the U.S. fund.

“We are pleased to reach the end of this process. After two years of working with the Portuguese authorities, the European Central Bank and the European Commission, we managed to secure the necessary conditions to complete the acquisition of a 75%” position in Novo Banco,” Donald Quintin stated. “It is with great pleasure that we will begin to work with the bank’s management and its employees to develop a banking network according to the best practices of the market,” he added.

Lone Star’s senior managing director also points out that “through this sale and the recapitalisation process … Novo Banco’s capital base has improved significantly. Today, Novo Banco is a solid and well-capitalised institution”, pointing out that they are “enthusiastic about the future of the Portuguese economy and the future of Novo Banco.”

The governor of the Bank of Portugal guarantees that the conclusion of the sale is “a decisive step in the stabilisation of the national financial sector.” Carlos Costa also pointed out that “it contributes to the improvement of the internal and external perception of banking”, which will have a positive effect on the Portuguese economy. “The banking sector is better prepared today for the development of the Portuguese economy,” he says.

The agreement calls for Lone Star to invest €1 billion in exchange for a 75% stake – €750 million at the closing of the deal and €250 million more by the end of the year – and to proceed with a “thorough restructuring of the institution.” The remaining 25% remains in the hands of the Resolution Fund, which is only possible because the resolution took place before the new European rules on bank liquidations were implemented.

Also, Novo Banco will have to go to the market to obtain 400 million euros through the issuance of Level 2 core capital instruments, as was done by the Caixa Geral de Depósitos (CGD).