23 June 2020 – The former Casa Forte – which took up a large part of the city block by the Praça D. João I in downtown Porto, will be the site of a new mixed development, called the Bonjardim City Block, including housing, shops and a hotel. The project had been initially announced three years ago, and construction started soon after, but later came to a halt, leaving a massive hole on the land.

Initially, the development was the fruit of a public-private partnership between SRU Porto Vivo, which is now wholly owned by the Porto City Hall, and Millennium bcp’s real estate management arm. 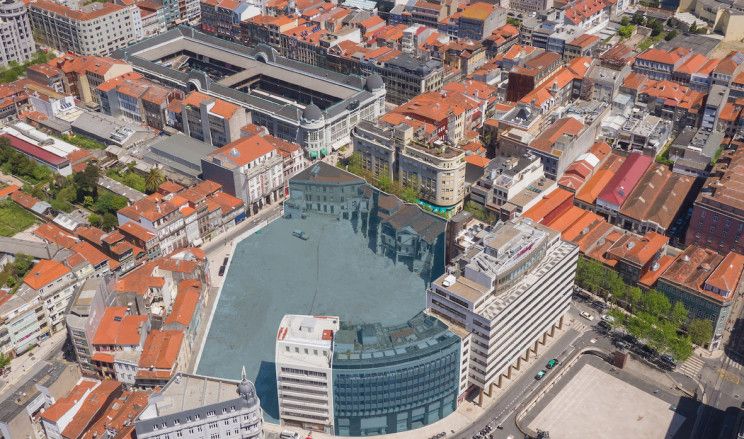 The project, under development on a 28,500-m2 plot of land, stems from a set of parcels of land on the block between the Rua Sá da Bandeira, Rua do Bonjardim and Rua Formosa, near the city’s Bolhão Market and Avenida dos Aliados.

An international investment fund, which won the tender by two real estate funds managed by Interfundos (AF Portfólio Imobiliário and Imopromoção, both controlled by  Millennium BCP) will take over the development of the project.