Houses, shops, gardens, cultural venues, restaurants and hotels will take advantage of what are probably the best views in Lisbon. The project will transform the degraded riverside area of ​​Cais do Ginjal, in Cacilhas, into a pleasant area to live and walk around in – similar to the Cais de Gaia, in Porto. The architectural plan, which will be presented for public discussion at the Almada City Hall, foresees a complete renovation of the old warehouses, including a riverside promenade over a kilometre long. 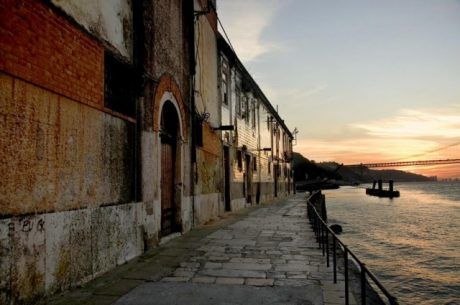 The project will include the construction of residential buildings, designed by the architect Samuel Torres, with housing for almost 700 people. The AFA group of Madeira, will be responsible for the development of an area having more than 15 thousand square meters of space.

The expansion and complete renovation of the wharf is also planned for, with the creation of new parks. A total area of ​​eight hectares will be redeveloped. The Casa da Juventude will demolished, giving way to a 500-vehicle car park.

A former cod liver oil factory will be converted into a hotel and residential buildings will be erected, with housing for 693 people. Samuel Torres de Carvalho is the architect responsible for the project.

The city council is also planning a cinema and a theatre, as well as art venues.

Public discussion of the project will continue to January 2018. No date has been scheduled for the beginning of construction and the project is not expected to be completed before 2027.

The idea is to take advantage of the “current favourable economic climate, which has translated into growing demand from investors interested in Almada.” The mayor of Almada, Joaquim Judas, believes that the project will increase the area available to the public, increase security, maintain the historical character of the area, which has existed since 1845, and stabilize the cliffside, “while also increasing the value of the site and the quality of life of live and work in the region, thereby directly benefitting the country and the surrounding.”