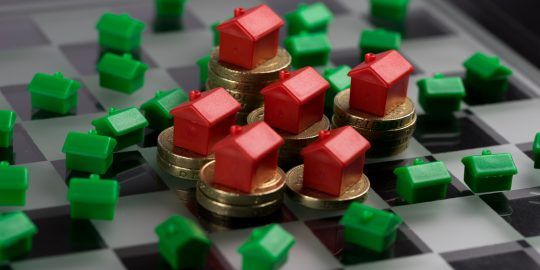 At the beginning of the week, the opening of the first Dior store in Portugal has been made public. Alegria One, a rehabilitation project by the promoter and real estate manager EastBanc, was the space chosen by the legendary Parisian fashion brand to open its first store in the country. The store located on Avenida da Liberdade, in Lisbon, will open its doors this year occupying three storeys of the building, in a total area of 1,050m2.

Meanwhile, the building Lisboa, in Parque das Nações, has been sold by an MCAP Global Finance fund and acquired by the Banco Comercial Português pension fund. The value of the transaction has not been disclosed.

Further north, Gondomar will host a luxury real estate and tourist project in an investment of 85 million euros. The Porto Douro Marina Hotels & Villas, located on the banks of the Douro River, includes the construction of a five-star hotel, 90 villas, a marina and even a heliport. The works should be completed in the first half of 2023, and the construction of the hotel and villas will be carried out over the course of 36 months.

Soon after, there was the announcement that the Zara Store, on Rua Augusta in Lisbon, has been sold in the biggest transaction of a single high street retail space in Portugal. Deka Immobilien proceeded with the sale of the asset whose new owner is a subsidiary of NEXT FCR, a Venture Capital fund managed by STAG and counselled by Optylon Krea. The value of the transaction has not been revealed, but it is known that it was around 20 million euros.

The following day, it became public that a foreign investor had acquired land at Herdade da Aroeira for a residential and tourist project. The project foresees the construction of around 29,000m2 above ground: 247 units - 210 for tourist use and 37 for residential use, including an aparthotel with around 150 units. Neither the investment amount nor the buyer have been revealed.

Meanwhile, the largest portfolio of supermarkets in Portugal is going to be acquired for 150 million euros. The US private equity fund LCN Capital Partners will acquire the so-called “Project Amália”, which comprises 50 assets. The transaction, which will be closed with the German Trei of the Tengelman Group, encompasses 50 assets, in a total area of 68,196m2.

Finally, with the week ending, a portfolio of properties valued at more than 400 million euros will enter the market. The property portfolio will be placed on the market by Novobanco, also including the Cabanas Golf development, a building in Olivais Sul, land in Portimão and the tourist project in Benagil, in the municipality of Lagoa. Similarly, the portfolio includes around 94% of the investment units of the fund that owns the land in Amoreiras, in Lisbon, with an area of 130,000m2, which the institution inherited from Banco Espírito Santo. 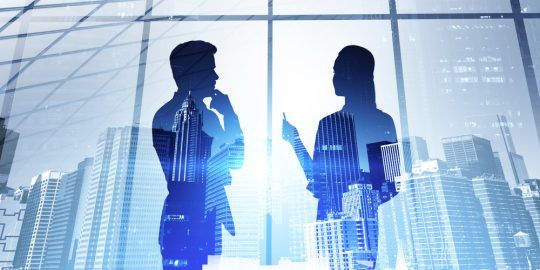 The first week of the year was serene, but with some operations of relevance in the real estate market. Of note during the last few days, the hotel and retail segments with three shopping centres being transacted.

Earlier this week, Freixial Shopping, the shopping centre in the city of Cantanhede, has been sold to a Portuguese real estate investment fund. The value of the operation has not been disclosed. The asset is in a strategic and privileged location, on national road 234, which connects Coimbra to Praia da Mira, and has a total area of 11,400 m2, with 29 stores spread over 2 storeys.

The very next day, the PG Hotels & Resorts group announced an investment of 24 million euros in the acquisition and rehabilitation of a hotel in Alvor, in the district of Faro. This is one of the towers of the building that was once known as Luna Alvor Bay, and the hotel unit is expected to start operating in July 2024.

By the end of the week, the real estate investment company Finangeste acquired from BCP, in a partnership with national investors, the company that owns Forum Barreiro. Finangeste intends to invest 4 million euros in remodeling the asset, which has around 22,500m2, comprehending 90 stores. It also has 700 parking spaces, and is portrayed as one of the main shopping centres on the South Bank.

Still in this segment, it was announced that the Shopping Cidade do Porto was sold for 28 million euros. The Domingos Névoa Group purchased the company that owns and manages the asset from the Teixeira Duarte Group, in an operation worth 28 million euros. This is already the group's third investment in commercial assets, in a year. 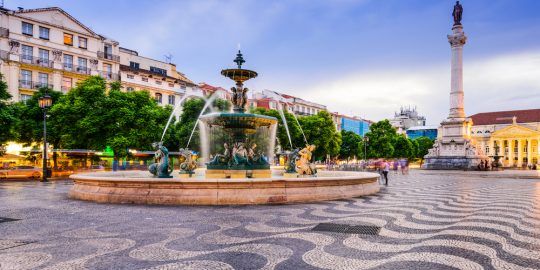 The State of the Portuguese Real Estate Market in December

At the end of the year, the past month was an indicator of the constancy and robustness of the real estate market. In spite of the few common December breaks, it was possible to witness many operations and investments in the real estate sector, with greater emphasis on the housing segment and retail, which have been undoubtedly the main players in the market in recent weeks. Housing It was halfway through the month when Norfin announced the commencement of the construction of the Monview, in Miraflores. The investment was made by the Arrow Global fund in partnership with three Portuguese private investors from NXT Evolution Asset Management. The new private condominium will have 168 units and represents an investment of around 80 million euros. Soon after, the Hoti Hotéis Group announced its debut in the residential market with an investment of 110 million euros. For the three projects that will feature the Group's entry into the Residence market, the locations chosen were Porto, Aveiro and São João da Madeira. The developments have, as a whole, a total area of around 55 thousand square metres. Sesimbra will also receive a new development, the Vale das Amendoeiras, with 71 homes scheduled for completion by the end of 2024. Vision Supra Partners is the promoter of the real estate project, which represents a total investment of 30 million euros. Just before Christmas, it became public that Hipoges has sold a building in the centre of Lisbon for 6.8 million euros. The Rodrigues Sampaio building, located next to Avenida da Liberdade, will be the target of an urban rehabilitation project. The transacted asset comprises six storeys above ground for a total of around two thousand square metres. In the meantime, MVPAR Investments has started the process for the construction of the  Villa dos Coches. The project, located in Belém, Lisbon, has an investment of 11 million euros, which includes the renewal of the property and the attached contemporary construction. The development is part of the Coach Museum complex, one of the most visited tourist attractions in Portugal. Soon after, Habitat Invest and Patron Capital have invested more than 23 million euros in a luxury condominium in Cascais. The transacted land already has an approved project for the development of a condominium consisting of 13 houses, next to Quinta da Marinha. Extending over a total area of around 9,000 m², the land adds up to a gross construction area of approximately 4,500 m². Retail At the beginning of the month, Lidl has internationally opened its first store on a University Campus. The new commercial space is located on the University Campus of the Faculty of Science and Technology of Universidade Nova de Lisboa, with an area of 1400 m2. The value of the investment has not been disclosed. Aldi Portugal has also announced the opening of two new stores, thus reinforcing its presence in the centre of Lisbon, with a new commercial space in the Tivoli Forum (Avenida da Liberdade), and expanding its offer to the locality of Beja, which receives its third store . Once again, Lidl appears with the inauguration of a new commercial space in Porto, in the well-known AEP roundabout, and with the reopening of one of the stores in Valongo. The stores have sales spaces between 1,430 m2 and 1,450 m2, respectively. Meanwhile, Sonae announced the sale of the Continente at Centro Comercial Colombo to a German fund, the Union Investment. The asset, whose transaction value has not been disclosed, is the first investment by the German fund in the retail sector in Portugal, has a total area of 23,445 m 2 , and will be managed by Sonae Sierra. The retailer Aldi has announced the opening of two new stores. The municipalities of Marco de Canaveses and Oliveira do Hospital thus get their first Aldi supermarkets. In line with its expansion strategy, the company now has 122 stores in Portugal. Both spaces have a total sales area of around 1,040 m2. In the middle of the month, Mercadona has inaugurated a supermarket in Oeiras. The company reaches the district of Lisbon, and ends 2022 with a network of 39 supermarkets in Portugal. The new store is located in Taguspark and is the last of the 10 that the company has planned to open this year. It has a sales area of 1,900 m2 . Logistics At the beginning of the month, Ecologis, a joint venture between Bedrock Capital Partners and Europi Property Group (EPG), has acquired a real estate portfolio from Santander Asset Management (SAM), mainly composed of logistics warehouses, which includes a gross building area of around 24,000m2, with the properties held by three real estate funds, managed by SAM. With the month ending, the Factory of the Portuguese Fusion Fuel was acquired by a French Fund. Fusion Fuel completed the sale and lease process of the state-of-the-art electrolyser factory located in Benavente, with the French real estate fund Corum Eurion, which is part of the asset management company Corum Asset Management, in a transaction worth 9.3 million euros. The purchase and lease operation totalled 9.3 million euros and generated a net income of around 7.5 million euros after withholdings and deposits for the lease agreement. Hotels Also in early December, Grupo Pestana has announced that it will launch the Pestana Residences CR7 development. The new residential project, located in Praia Formosa, in Funchal, has an initial investment of 50 million euros. The project includes  around 88 T2 and T3 flats, in its first phase. In the middle of the month, it became public that the luxury hotel chain Viceroy is selling units of the Ombria Resort, located in Loulé, to Highgate. The transaction should be completed in 2023, even before the units are inaugurated. The value of the transaction has not been disclosed. Alternative Assets At the end of December, it became public that Healthcare Activos has bought two new hospitals in Portugal from FSG Saúde. Healthcare Activos purchased two assets operated by Luz Saúde from FSG Saúde under a long-term lease. With the purchase of these two hospitals, the Spanish platform will have more than 140 beds. The hospitals and transaction amounts have not been disclosed.
19/12/2022

#Brainsflash - Of particular note in the past week was the sale of Continente at Centro Comercial Colombo to a German fund.

The State of the Portuguese Real Estate Market in November

#Brainsflash - Of note last week, was the announcement of an investment of 108 million euros by Mercan Properties in the construction of two new hotels in the marina of Lagos.

#Brainsflash - Last week, JOM has invested 18 million euros in a residential project in an old factory in Guimarães

#Brainsflash - Last week, the Elegant Group announced the sale of the Hotel Martinhal Cascais to Onyria.