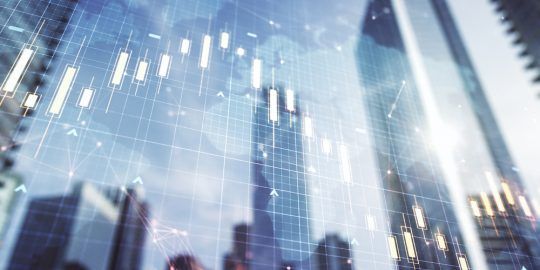 #Brainsflash - Last week’s highlight was ADDSOLID's investment of 30 million euros, in a new project in Loures.

November, 28, 2022 With the month of November almost coming to an end, the past week started timidly, but quickly witnessed several investments and reports in some of the real estate market segments, from north to south of the country. At the beginning of the week, the SPintos Group has announced the opening of a student residence in Porto, located next to the Cooperativa de Ensino Superior Politécnico e Universitário, in an investment of 3 million euros. “MEU STUDIO” comprises 71 studios, of single, double or triple occupancy, the opening being scheduled for January 2023. Meanwhile, it became public that ADDSOLID has invested 30 million euros in a new project in Loures, bringing together housing, commerce and a vast network of services, with emphasis on a senior residence and a long-term care unit. Located in Quinta da Freixeira, the project comprises 11,000m2 of housing, as well as 7,600m2 for commerce, services, a technology centre and restaurants, 8,100m2 for the senior residence and 2,500m2 for the long-term care unit. On the subject of rehabilitation, shortly thereafter, the Porto City Council announced an investment worth 7.7 million euros from the Recovery and Resilience Plan, to rehabilitate the Ilhas da Lomba located in the parish of Bonfim. The rehabilitation project should be completed by June 2026. It includes a building with signs of degradation, which has 47 dwellings of typologies T1 to T3. Meanwhile, the Government has also announced an increase of 72 million euros in student accommodation by means of eight contracts. With this amount, it will be possible to sign up all the approved projects, in a set of over 18 thousand intervened beds. With the week coming to an end, another investment was made public, this time by GFH, which went ahead with the new residential project “The Yard”, located in Jardins da Arrábida, in Porto, close to the Arrábida Shopping and the future underground line Porto-Gaia. The development has type T2 to T4 flats, and common areas available to all residents. The construction process began this year in May and the first residents are expected to arrive in the second half of 2024. Finally, in the logistics segment, Mistolin announced its new logistics centre, in an investment of 5 million euros. This will emerge in the industrial zone of Vagos, adjacent to the existing company's building. With an operating date scheduled for 2023 or 2024, the project aims to create an interconnection among all the commercial systems of the group, therefore serving the entire MSTN group. 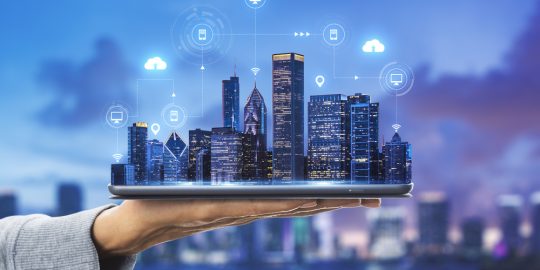 #Brainsflash - Of note last week, was the announcement of an investment of 108 million euros by Mercan Properties in the construction of two new hotels in the marina of Lagos.

November, 21, 2022 As far as the real estate market is concerned, the past week started very calmly, but in a few days and in a sudden change, some segments revealed their strength, displaying significant investments all over the country. The real estate developer IMOLOTE – Investimentos Imobiliários is going to invest 5 million euros in the reconstruction of a vacant building. Dom Hugo is the new development that will be born in the historic centre of Porto and will have 16 flats aimed at the segment for young people. Reconstruction will begin in 2023 and completion is expected by the end of 2024. Meanwhile, still in the middle of the week, Hyatt has announced the launch of a new resort in Madeira. The Dreams Madeira Resort Spa & Marina project is scheduled to open in 2024 after renovation works, and will signal the entry into the new global portfolio of luxury resort brands – the Inclusive Collection. The resort, situated in a privileged location on the island of Porto Santo, comprises 366 luxury rooms, standard rooms, luxury villas, a beach and a private marina. Incus Capital has also announced the investment of 7 million in the D.M2 building in Porto. The Spanish company will commence with the rehabilitation project of one of the most emblematic buildings in Porto, known as “Edifício Tranquilidade” in the city. The property, whose works should be completed by the end of the year, was so nicknamed for displaying the colours and symbology of its main tenant. Soon after, Fercopor has launched a new luxury development in Porto, named PURE. This is the new real estate project located in Boavista, result of an investment of 18 million euros, scheduled for completion in 2025. The development comprises three three storeys buildings with flats with typologies from T2 to T5 Duplex, linked by landscaped alleys. With the week coming to an end, Mercan Properties has also announced an investment of 108 million euros in the construction of two new hotels in the marina of Lagos. Mercan Properties signed an agreement with Hilton for the design of new units, Lagos Marina Hotel, Curio Collection by Hilton and the Hilton Garden Inn Lagos. The opening is scheduled for the summer of 2024 and both hotels comprehend a gross construction area of 23,000 m2. In the meantime, the first ALDI supermarket promoted by Ten Brinke, was inaugurated in Viana do Castelo. The new commercial space has a surface of 1,800 m2, 1,200 m2 of which are for sales to the public. The new supermarket, which is located on a plot of 5,500 m2 in a commercial park, is located in one of the best areas of the city. Ten Brinke is developing a project in Viana do Castelo which covers a total of 14,000 m2 of commercial, residential and service areas. 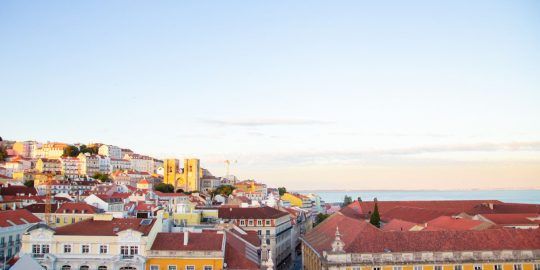 The State of the Portuguese Real Estate Market in October

#Brainsflash - To highlight during the past week, the arrival of Montepino in Portugal with an investment of around 150 million euros in the acquisition of land in Lisbon.

The State of the Portuguese Real Estate Market in September