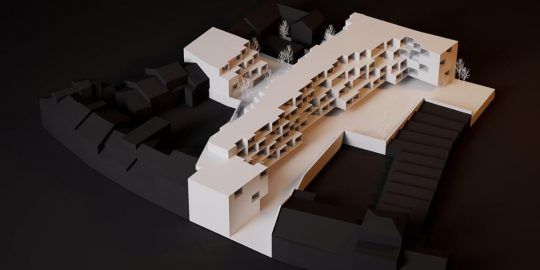 November 30, 2021 – Ana Custódio The project by Oniers was designed by Carvalho Araújo and BIG, along with BO Associados. Through its subsidiary OniRodrigues, the Onires Group has just confirmed an important real estate investment in the historic centre of the city of Braga. The urban development represents an investment of 20 million euros, whose architectural quality will allow for the consolidation of the current urban network in the Campo da Vinha area. The Carvalhal Building will boost the housing supply in Braga’s centre and increase trade and services, revitalizing and rejuvenating the historic centre. Designed by Carvalho Araújo and BIG, along with BO Associados, the project will create about 400 direct jobs in the construction phase. The development will comprise 60 flats with parking spaces and ten spaces for shops and services. Works have already begun. The Carvalhal building project includes land facing Campo da Vinha, Rua do Carvalhal and a footpath that connects Campo da Vinha to largo de S. Francisco, in a layout close to the one that runs through the nearby underground tunnel. Translation: Richard D K Turner 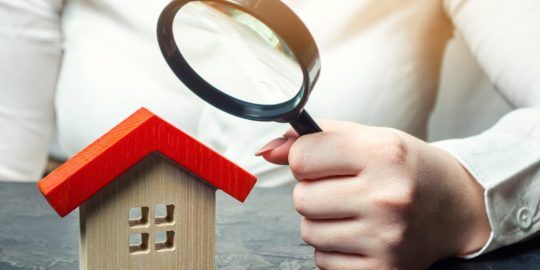 November 29, 2021 – Ana Custódio The average bank valuation was 15 euros higher than in September. According to the National Statistics Institute’s (INE) Residential Bank Valuation Survey, the average valuation rose to 1,251 euros per square meter in October. That figure is 15 euros higher than in the month before, a year-on-year increase of 10.6% (9.6% in September). The INE considered 28,009 valuations in this survey, 13.7% more than in the same period of the previous year. Of these, 17,741 were flats, and 10,268 were houses. Compared to the last period, 292 fewer appraisals were carried out, a decrease of 1.0%. Median bank appraisals, carried out during the mortgage application process, reached 1,251 euros per square metre, increasing 1.2% month-on-month (1,236 euros/m2). Meanwhile, the average bank appraisal value for flats rose to 1,385 euros/m2, up by 11.8% y-o-y. At the same time, bank assessments of houses hit 1,010 euros/m2 in October, a growth of 6.7% compared to the same month in 2020. According to INE, the Algarve, the Metropolitan Area of Lisbon, the Autonomous Region of Madeira, the Alentejo Litoral and the Metropolitan Area of Porto reported above national average valuations (+34%, +33%, +3%,+2% and +1%, respectively). Beiras and Serra da Estrela had the lowest value in relation to the rest of the country (-45%). Translation: Richard D K Turner 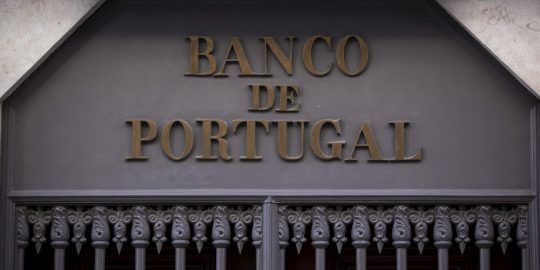 Mortgages and Consumer Loans Up in October

November 26, 2021 – Ana Custódio The issuance of mortgages and consumer loans to individuals continued to accelerate. The Bank of Portugal has just published updated statistics on bank loans and deposits of companies and individuals for October 2021. According to the analysis, mortgages and consumer loans to individuals continued to accelerate in October. Lending to households continued to grow last month.  The issuance of mortgages grew by 4.4 per cent year on year.  The figure rose to €96.3 billion (vs a 4.3% increase in the previous month), while consumer loans grew by 1.7% compared to October 2020, to €19.2 billion (they had grown by 1.5% during the last month). The Bank of Portugal’s analysis also showed that loans to accommodation and food service companies grew the most since the pandemic began due to the government’s financial support policies. Translation: Richard D K Turner
26/11/2021

Investments Flow Back to Porto’s Downtown and Historical Centre