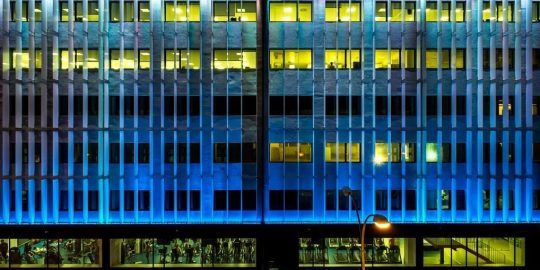 January 27, 2022 – Ana Custódio The Dom Luís I building is located on Lisbon's riverside. Through its real estate investment team, Principal Real Estate, Principal Global Investors has acquired a mixed-use office and retail building in Lisbon from the fund TransEuropean VI, managed by PATRIZIA, in a 45.25 million euro deal. The Dom Luis I building, located in the riverside area of Lisbon, has a total leasable area of 10,300 m2, of which 8,100 m2 is office space on seven floors, and 2,200 m2 is retail and leisure space on the ground floor. Refurbished in 2017, the asset is currently fully let to five tenants, including Farfetch, Sitel, and Fitness Hut. RPE acted on behalf of the Principal and Cushman & Wakefield on behalf of the seller, PATRIZIA. Principal European Office Fund is a balanced, geographically diversified real estate fund with long-term value stability that invests predominantly in the European office sector. Read the full article in Portuguese Translation: Richard D K Turner 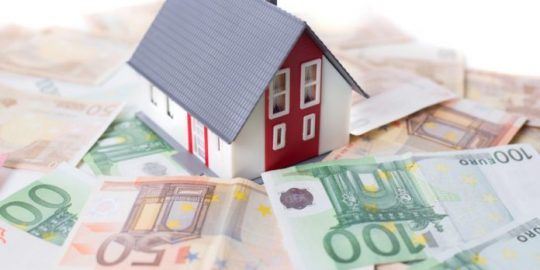 Investment in Rental Property Above €2 Billion

January 18, 2022 – Brainsre.news According to CBRE, of the 2.2 billion euros invested in the rental property sector in 2021, 40% was channelled to office assets, 22% to residential rental properties, 15% to hotels and 12% to healthcare assets. Despite the pandemic and the various associated restrictions and uncertainties, the rental property sector remained highly dynamics last year, according to indicators presented by the consultancy. The investment volume was lower than the previous year though still the fifth-highest ever. At the same time, not only were several high-value portfolios bought and sold but there was also a significant number of transactions (more than 80), a figure only surpassed in 2018 and 2019, CBRE stated in a press release sent to brainsre.news. Another factor highlighted by CBRE, revealing that Portugal continues to be an attractive place to invest, is the entry of several new international players. Six of the ten largest transactions in 2021 involved international investors entering the Portuguese market for the first time. These include French firms Tikehau and Icade Santé, North America’s Jamestown, Tishman Speyer and Sixth Street, and Spain’s Azora. In total, ten investors invested in the country for the first time. Like in 2020, Portuguese investors accounted for 25% of the capital invested in rental property in Portugal, while the USA and France were the main international source markets. In terms of capital allocation by sector, 40% was channelled to office assets, 22% to residential rental properties, including student residences, and 15% to hotels. Healthcare assets represented 12% of the investment volume, a record for Portugal. It should be noted that CBRE, which participated in more than 50% of the transaction volume and in six of the ten largest deals carried out last year in Portugal, represented Fidelidade in what is the largest real estate transaction in the health sector in Portugal, the sale of the Saudeinveste Fund to Icade Santé. “This sale confirmed investors’ appetite for assets with operational risk, generally associated with longer-term contracts and higher rates of return than traditional investment asset classes and with extremely solid market fundamentals,” Nuno Nunes, Director of Investment at CBRE Portugal, stated. The retail sector, which in previous years always occupied the first or second position (versus the office sector) in investment volumes by asset class, saw a fall in the amount invested in 2021. Although it lost this relevance due to the reduced number of shopping centre transactions, there was a high demand for high street shops and food retail units. Despite dominating investor preferences, the logistics sector also posted a reduced volume of investment due to the scarcity of product available for sale, a situation that should change in 2022. CBRE predicteedd that the volume of investment in 2022 will increase by 50% compared to 2021, putting the market back above three billion euros. Translation: Richard D K Turner 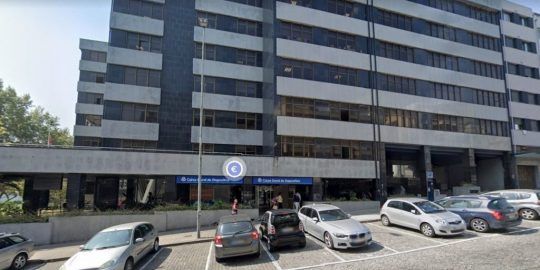 January 18, 2022 – Brainsre.news Finangeste acquired the building where Porto’s DCIAP operates. According to idealista/news, Finangeste has acquired the Edifício Camões 155, in Porto, a 10,000m2 office building, where the city’s Department of Investigation and Prosecution (DIAP) operates. The building is also leased by CGD, which has a branch there and its social services. The deal was closed at the end of last year, and Finangeste plans to invest around 3 million euros in refurbishing the building, which located between Rua de Camões and Rua Gonçalo Cristóvão in Porto. The asset has ten aboveground floors and 91 parking spaces. Also, according to idealista/news, this is not the first operation that Finangeste has completed in Porto in the middle of the pandemic. In August 2020, the institutional real estate and credit investor and property developer acquired the Trindade Domus building, located behind Porto City Hall. The deal was finalised for more than 40 million euros. Translation: Richard D K Turner
3/1/2022

The State of the Portuguese Real Estate Market in December

The State of the Portuguese Real Estate Market in November

Investments Flow Back to Porto’s Downtown and Historical Centre