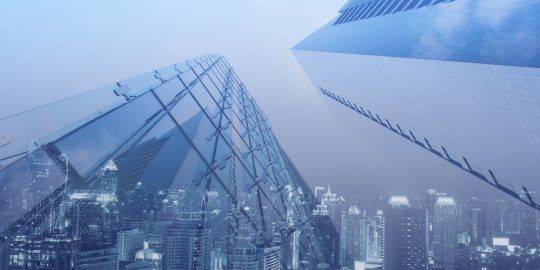 October, 3, 2022 The last days of September proved it to be a week of major investments and news, in the real estate market. On the one hand we have had major developments in the office segment; on the other hand we have also had relevant news in the NPL's market, with BPI selling a portfolio of 140 million euros to funds managed by LX Investment Partners. At the beginning of the week, a society for the construction of a new office building in Campo Grande has been sold. The funds managed by Blackstone worked together with Multi Corporation in the transaction aimed at the construction of a new office building in Lisbon. Next to the transport terminal between the Alvalade XXI Stadium and the NOS headquarters building, the project allows for the construction of a new office building with over 14.000m2. Meanwhile, Norfin has launched the “Oriente Green Campus” office building. The construction should be completed during the second half of 2023 and promises to bring a new impetus to the north area of Parque das Nações. The building is located in Moscavide and will have a total office area of 41,100 m2 as well as 18,700 m2 of outdoor areas. The announcement has been  made by Norfin, one of the national references in the management of real estate investments, on behalf of the Fundo Multiusos Oriente FEIIF, held by the Orion European Real Estate Funds. With the week approaching its middle, Maya Capital launches its first real estate project in Lisbon. Eligible for the Golden Visa, Conceição 123 is located in a premium location in the city. The real estate investment fund entered the Portuguese market with an investment of 65 million in residential assets and debuts with this income tourism project. Mercan Properties also emerged in the spotlight with the acquisition of properties for a new hotel in Faro. The assets will be subject to a rehabilitation and real estate development project, which will bring new life to that space. With a gross construction area of approximately 6.500m², these properties are a unique opportunity to promote a new project in the Algarve. The investment value has not been revealed. With the week coming to an end, BPI has informed that it has concluded the sale of the Citron Project, with a total gross value of around 140 million euros, to funds managed by LX Investment Partners S.A.R.L.. The Citron Project comprises around 15.000 credit agreements of around 5.000 customers. The non-performing loan portfolio, referring to the Citron Project, includes positions with and without real mortgage guarantees, with a total gross value of around 140 million euros. Finally, Henderson Park is making an investment of 25 million euros to modernize Lagoas Park. The private equity real estate company announces an investment of 25 million euros for the renovation of the most prominent business park in Portugal and the largest in the Iberian Peninsula. The ambitious modernization project will enhance indoor and outdoor areas as well as collaborative spaces. The business park has been the destination of choice for the national headquarters of companies of international importance. 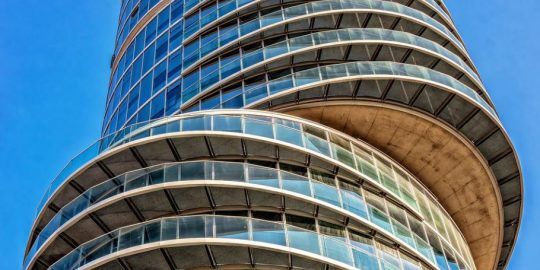 August, 29, 2022 Coming to its end, this last week of August showed once more the existing robustness of the real estate market. Several segments, all over the country, were the target of significant investments and transactions. At the beginning of the week, the Tagar Group announced the investment of 28 million euros to set up the Espinho Business Centre. The asset will be the first equipment in the municipality to present spaces ready for immediate occupancy by companies of the industrial sector, service brands and liberal professionals. The Espinho Business Centre will be installed in an area of 58.000 square meters, 23.000 of which are of covered area for various sectors of activity – of these, 11.000 are already in the contracting phase. Meanwhile, Mealhada has approved the Local Housing Strategy in an investment of 68 million euros. The City Council unanimously approved the Local Housing Strategy in a meeting of the Municipal Executive, which foresees the intervention in several social housing neighbourhoods, the construction of housing and the support, to individuals, for the recovery of degraded houses intended for rent at controlled costs. At the beginning of the week, Parvalorem was known to have resumed the sale of a property portfolio worth 250 million euros. Two years after the Ministry of Finance blocked this transaction, Parvalorem, which manages the problematic assets of the bankrupt BPN, resumed the process of selling a real estate fund, valued at just over 255 million euros. Meanwhile, a shut down hotel in Viana do Castelo reopens after works worth 10 million euros. After being closed for 16 years, the Viana Sol hotel reopens in February 2023, after being refurbished as a themed hotel. The hotel will change its name to Dona Aninhas. At the end of the week, Aldi opened a new store in Palmela. It is in the parish of Quinta do Anjo that the food retailer has opened its 111th store in Portugal, continuing its expansion plan. The new store offers a total sales area of 1.000 m2. With no investment value revealed, the company thus owns 15 stores in the district of Setúbal. 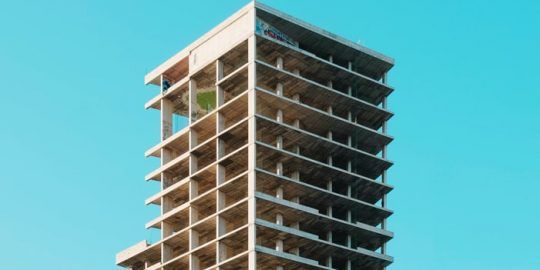 August, 22, 2022 With the month of August still halfway through, this last week proved to be a period of numerous announcements, major transactions and investments to be noted in the various segments of the real estate market. Of note was the sale of the Novo Banco headquarters for 112.2 million euros and the final agreement between the banks and Davidson Kempner Partners (DK Partners) for the sale of ECS funds for 850 million euros, at the end of the week. Right at the beginning of the week, it became public that the headquarters of Novo Banco was sold for 112.2 million euros. Novo Banco, S.A. informed in a statement sent to the Portuguese Securities Market Commission (CMVM) the signing of a Contract of promise to sell and buy regarding the present headquarters building of Novo Banco, S.A., located on Avenida da Liberdade in Lisbon. The sale should be concluded in the 3rd quarter of 2022. The Novo Banco Campus in Tagus Park - Oeiras, currently under construction, will be the new headquarters of the Bank and of the group's companies. Meanwhile, Matosinhos announces the investment of 85 million euros in housing until 2026. The Municipality of Matosinhos and Matosinhos Habit are working on an investment plan in the construction and requalification of social housing, in the supported rent and in the municipal program to support the rent. The announced investment foresees the rehabilitation of 400 vacant municipal social housing, as well as the construction of 384 new housing. With the week almost over, The Fontecruz Lisboa Hotel was sold for 42 million euros by the Spanish chain Fontecruz Hotels. The new owner of the hotel is Carlos Camurdine, one of the biggest entrepreneurs in Mozambique. Opened in 2012, the five-star hotel was the international debut of the Fontecruz Hotels chain and has an offer of 72 rooms. It will change its name soon and the new owners already have a new project for the space. The logistics segment also stood out with Carnes Campicarn, S.A., a national company in the beef industry, purchasing two factories in Torres Novas, in the district of Santarém, from a company of the Patris Group. With no investment value revealed so far, this is an operation that is part of Campicar's growth plan, based in Vila Nova de Famalicão. The two industrial assets, with a covered area of around 11,000 m2, have an excellent location in the centre of the country, specifically in the industrial and logistics area of Zibreira. Finally, the Banks closed the agreement for the sale of ECS for 850 million euros. The banks reached the final agreement with Davidson Kempner Partners (DK Partners) for the sale of the ECS funds. The operation is still pending regulatory approval and should only be completed in the fourth quarter of 2022. The asset portfolio includes the sale of the FLIT and the Recuperação Turismo funds, as well as the management of the company.
3/6/2022

The State of the Portuguese Real Estate Market in March

The State of the Portuguese Real Estate Market in February