Mark Holyoake, an Ibiza-based British executive, is one of the competitors in the race to buy the estate that once belonged to the Espírito Santo group. His vehicle is the Luxembourg company Oakvest Holdings. 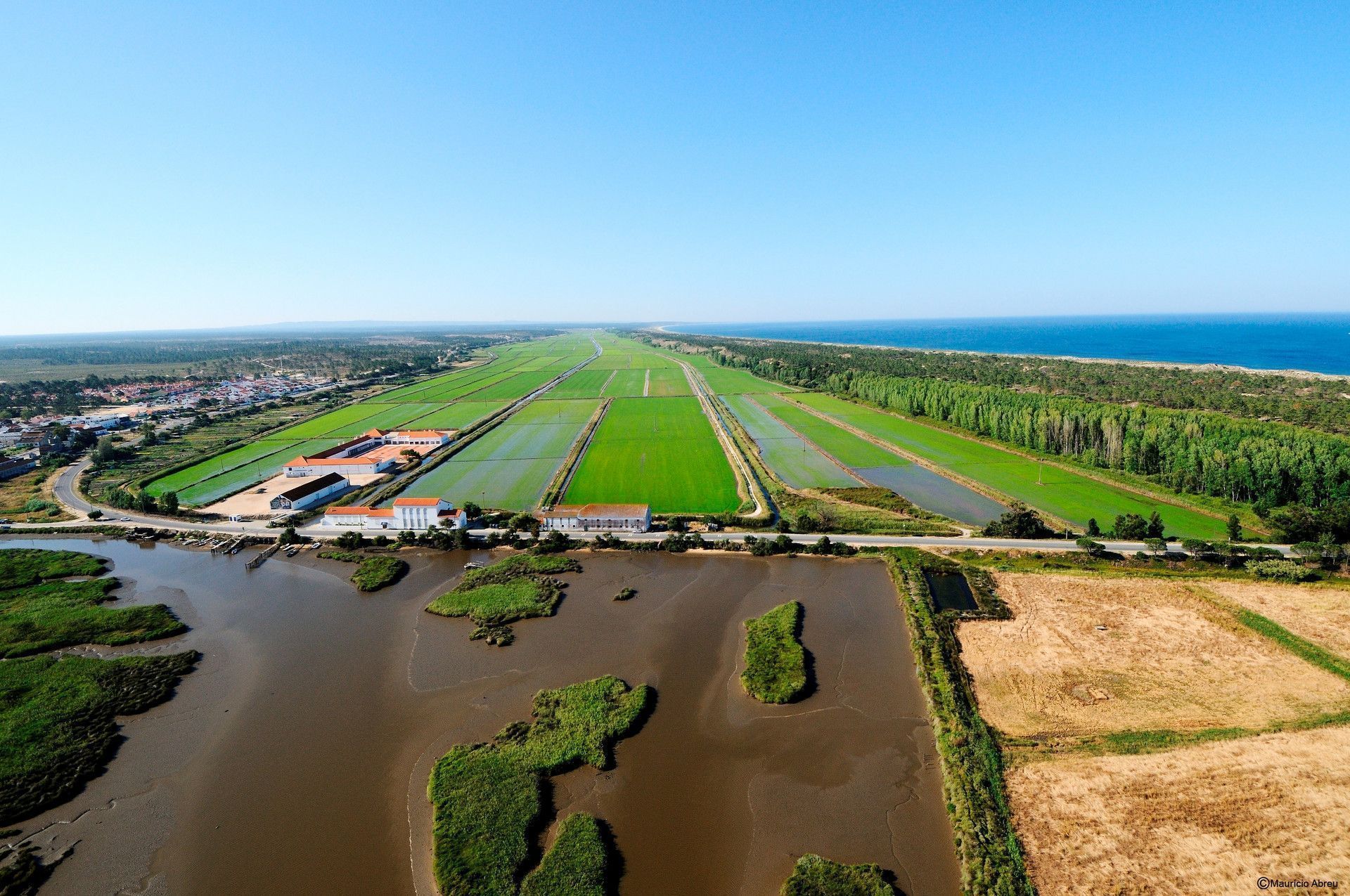 Herdade da Comporta may fall into the hands of a controversial British executive with a conflict-filled history in the British courts. Mark Holyoake, through the Luxembourg-based company Oakvest Holdings, is one of the competitors in the race to acquire the Herdade da Comporta, having allied himself with the Carvalho Martins family, which controls the Portugália restaurant chain, according to reporting by Expresso.

Mark Holyoake was born in 1972, studied at the University of Reading and entered the real estate business in the 1990s. He founded Oakvest in London in 2006, focusing on buying, developing and managing residential and commercial real estate in the UK. One of his biggest projects was the Grosvenor Gardens House building. Holyoake also invested in the Icelandic fish company Iceland Seafood International. The executive, who has several of his investments in holding companies in Luxembourg, lives in Ibiza, in a house he acquired for more than €10 million in 2013. Mr Holyoake has no history of investments in Portugal. He guarantees that he does not know either Ricardo Salgado or the Espírito Santo family, the former owners of the Comporta Estate.

The consortium formed by Mark Holyoake and the Carvalho Martins family also has the support of a Spanish company called Sabina Estates, which operates mainly in the real estate market in Ibiza. The consortium is vying to purchase the Herdade da Comporta, competing against other major investors, including the French billionaire Louis-Albert de Broglie and a partnership between Paula Amorim and the Frenchman Claude Berda.

Contacted by Expresso, Holyoake declined to reveal how much he is offering for the Herdade da Comporta or any details of his plans for the property. He limited himself to stating that he has comfort letters issued by two banks attesting to his financial capacity to compete for one of the Espírito Santo family’s main non-financial assets. “No bank guarantees were requested in this process,” Mr Holyoake stated. The comfort letters are from an Icelandic bank and a Luxembourg bank, neither of which could be identified.

Holyoake’s offer by Comporta is non-binding. A source close to the British entrepreneur assured Expresso that none of the other proposals (neither Berda’s with Paula Amorim nor Louis-Albert de Broglie’s) is binding since final and binding offers will only be formulated after an evaluation of the proposals by the fund that owns the Herdade da Comporta.

According to reporting by Expresso, several stakeholders in the process have doubts about Holyoake’s proposal through Oakvest, suggesting that the British executive, who has not previously invested in Portugal, is indirectly associated with the Espírito Santo family. Holyoake denies any relationship. “I had never heard anything about Mr Ricardo Salgado until recently, and I never met him, or have I done any business or had any contact with him,” the executive assured Expresso. Holyoake says the same holds true Espírito Santo family. “Our offer is independent and is by no means tied to the past, which is clearly a good point,” he added. Holyoake declined to elaborate on his offer, as opposed to disclosures by his competitors.

Louis-Albert de Broglie spoke with Expresso last week, saying that he intends to transform the Herdade da Comporta into a “laboratory for ecological production, biodiversity and culture” without replicating the problems with excessive construction that have occurred, for example, in the Algarve. Broglie expects to develop just 15% of the Espírito Santo Group’s (GES) plans for the two areas of Comporta that are on sale (one has 365 hectares and the other 551 hectares). The French billionaire plans to build five villas in a 15-hectare area where a 486-flat apart-hotel had been planned. Broglie also plans on building one hundred residences in an area where GES had intended to build ten times that figure. The Frenchman also noted his plans to create 30 organic farms in an area that had been slated to receive 1,500 homes.

150 million euros – the figure Holyoake claimed in a lawsuit against the brothers Nick and Christian Candy, his former business partners. Holyoake lost.

1360 hectares –  the area that Claude Berda and Paula Amorim want to acquire in Herdade da Comporta. Mark Holyoake has not revealed his plans for the area.

15 per cent of the Espírito Santo Group’s original project: the billionaire Louis-Albert Broglie proposes to limit construction to a small part of the Herdade da Comporta

Claude Berda, through Vanguard Properties, also has, in partnership with the entrepreneur Paula Amorim, a proposal for the Herdade da Comporta, which includes the acquisition of 1,360 hectares of land, completing the golf course that is already under development and creating a new concept hotel with the brand JNCQuoi, together with the architect Lazaro Rosa Violan. Vanguard already has another real estate project near the Herdade da Comporta, called Muda Reserve. Vanguard also declined to reveal the size of its bid to acquire the property.

Secrets are, as the saying goes, the soul of business. What is no secret, at least in England, is that Mark Holyoake is a controversial figure, involved in various lawsuits and litigation with creditors. One of his most important battles played out in England between 2015 and 2017. Holyoake filed a complaint against the brothers Nick and Christian Candy, two real estate magnates that Holyoake had worked with before.

In his lawsuit, Mark Holyoake claimed damages of £132m (€150m), stating that he was a victim of racketeering, blackmail and fraud. “The lawsuit was linked to a luxury real estate project in London that was one of our projects at the time,” the British entrepreneur recalled, noting that the judge has accepted several claims against the defendants (the Candy brothers). However, what stands out from the lawsuit, which was decided in December 2017, is that the judge accused Mark Holyoake of lying. Holyoake defended himself by saying that the judge’s comment was directed both at himself and the Candy brothers. The judge said, “both sides have been willing to lie because of their business needs,” Mark Holyoake argued.

The court also added that Holyoake had misled one of his lenders as to the origin of the funds used to acquire the London-based venture Grosvenor Gardens House. The executive who is now competing to acquire Comporta suffered a new setback last week when he was denied the possibility of appealing December’s ruling. Expresso questioned Mr Holyoake as to the lawsuit’s cost. The executive explained that the attempted appeal alone would cost £75,000. “All other costs were paid some time ago, and we were fully covered by Munich RE, Europe’s largest insurer,” Holyoake said.

In the past, Mr Holyoake has also been the focus of litigation tied to the collapse of the British Seafood Group, in a case in which the executive was accused of fraud.

His Portuguese partners are more discreet. The Carvalho Martins family is the main shareholder of Portugália Investimentos, which has more than €100 million in capital and controls the Portugália restaurants, as well as having a stake in several real estate projects, the Jayme da Costa’s company and the Pinto Basto group, among others.