The Alenquer Town Council will conduct a public tender to sell the town’s centenary wool factory for conversion into a hotel for a minimum price of €1.1 million. The factory has been abandoned for over 20 years. 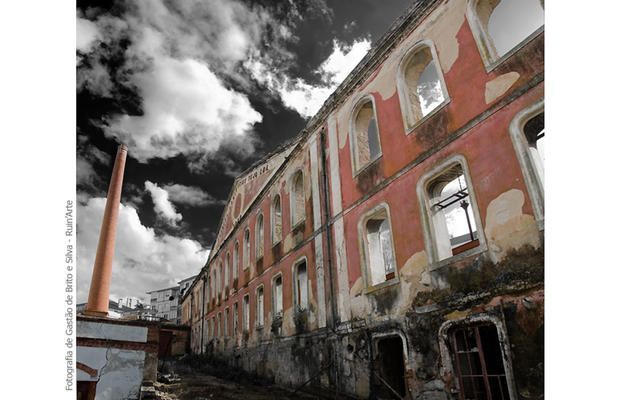 According to the mayor, Pedro Folgado (PS) “An investor expressed an interest in creating a hotel, so we launched this auction which is open to all investors.”

The public tender for the Chemina factory will have a starting price of 1.1 million euros, according to the proposal, which was approved by a majority vote by the Alenquer executive committee, with the PSD/CDS-PP and CDU voting against the measure and the PSD/CDS-PP abstaining.

The mayor said that there is a need to “facilitate the renovation of the building,” since there is a risk that it could “fall any day” because it has been vacant for 20 years. There are also plans to rehabilitate the surrounding public space.

The town council intends to sell the property for conversion into a hotel, which would help spur the development of the town centre. Their reconstruction and rehabilitation, according to estimates, may exceed “four or five million euros.”

The winning bidder will pay 10% of the selling price within five days of the auction and present a preliminary project in a second phase. The proposal requires that buyer maintain the facade and build an auditorium or conference room that the municipality may use.

“The idea is not to sell to someone who wants to demolish the building,” given the historic nature of the property, said Pedro Folgado.

The developer must present the final project to the city council auction for licensing with three months. According to the proposal, the town council will sign the public deed 15 days after the project is approved, at which point the winning bidder must pay the remaining 90% of the sales price.

The municipality states that it will issue a usage permit within eight months. Otherwise, the project’s developer may back out and receive its deposit back.

The developer will have three years to complete construction or pay a €50,000 fine per year of delay.

The city council must still submit the proposal for the public tender to the Municipal Assembly, which is expected to meet this month.

The municipality has been monitoring the site’s state of conservation and observed a five-centimetre deviation in the building’s structure, creating a risk of collapse.

A factory with a history…

The Chemina factory was inaugurated in 1890 and employed two hundred workers over the years. According to Gastão de Brito e Silva, who took the above photo, in his blog Ruin’Arte, “José Joaquim and Salomão dos Santos Guerra, both with professional experience in the field, acquired the factories in Romeira and Meio, in the Arrentela, in the district of Seixal.”

“In April 1889,” the description continues, “they laid the foundation stone of this monumental enterprise, which was completed in June of the following year, a Herculean effort only made possible by having resorted to the new building techniques of the era of iron architecture.”

José Juvêncio da Silva, the architect who was also responsible for the Paços de Alenquer council building, designed the factory.

The factory remained closed between 1949 and 1952 until the Companhia Lanifícios do Tejo acquired the property, refitting it and resuming operations. In 1977, it employed 160 people. In 1994, on the brink of its definitive closure and at a point when it only occupied a part of the structure, it employed just 15 to 20. The municipality now owns the buildings, and in 2000, the main building suffered a serious fire.

The municipality had planned to convert it into a cultural centre, school or hotel, but never went ahead with any of its plans.

The building, which is part of the town’s urban centre, is composed of three floors, has another annex where the old boiler and steam engine were located. Its façade is 16 meters high and 110 wide.