Milan with Via Montenapoleone leads the chart of the Italian cities of high-street, as confirmed by the report “Fashion High Street -2017” by the Research Department of World Capital in collaboration with the Italian Fashion Federation and Global Blue. 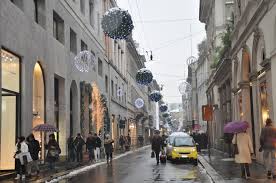 Hence, international brands are attracted by Milan, with gross yields between 2.5% and %%. Montenapoleone is among the first Italian high streets in terms of rent prices, with prime rents set at 10,300 euro per Sq m. Rents in Via Montenapoleone have increased by 34% in the last three years and the exclusive street, which is preparing for season sales, is at the sixth place at a global level. The record goes to Fifth Avenue in New York, where rents reach 31 thousand euro per Sqm.

“Milan high street registered in 2017 the best performance in the Italian retail segment – says Neda Aghabegloo from the Research Departments of World Capital – with the consequent competition among brands, together with the satisfaction of shoppers. In fact, 36% of the purchases done by international tourists in Italy originates from Milan”.