Real estate is thriving and has left the crisis behind. For Italy, 2017 has been fifth consecutive year of growth in terms of investment volumes, reaching approximately 11.3 billion euro (+18% on a yearly basis) and surpassing the figures registered in the period before the financial crisis (10.8 billion in 2007). And the positive trend is meant to continue also in 2018, according to the latest real estate report by Cushman & Wakefield “Global Investment Atlas 2018”. Investments from Asia have preferred Europe and they’re increased by 96% over the past year. Milan has been the most dynamic market, with 55% of the total investments in Italy. Concerning cities, London has overcome the fears related to Brexit, remaining the most sought-after city by international capitals. Regarding the retail sector, which represents 20% of the total investments, the high street segment has registered a consistent increase in rent prices over the recent years, confirming its great appeal. “There is a high demand, due to the limited offer for properties in prime areas. For this reason, the segment is growing also in Venice and Florence, besides Rome and Milan, Also Turin, Genoa, Padua, Naples, and Bari have started seeing some activities in high street, even though with smaller capitals”, explained Carlo Vanini, Head of Capital Markets for Cushman & Wakefield. However, the best performance in terms of yearly growth of investments has been reported by logistics, which has almost tripled its transaction volumes. With 1.5 billion, the segment represents 13% of the total volumes. “We’re currently studying the impact of e-commerce on the sector”, added Vannini. 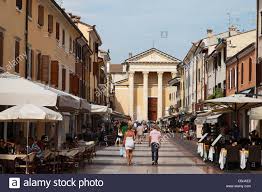 At a regional level, investments in Europe and the Middle East have taken two different paths. While Europe has registered a performance record for the third year in a row, the Middle East has touched the lowest point since 2012. The United Kingdom and Germany are the most attractive markets in Europe. According to the report, 2018 will see a further growth for the global volumes and for the Italian market.

Short-term rentals: houses for let have grown by 58%

21 September, Il Sole 24 Ore In the last ten years, the number of homes for short-term rentals has increased...