A market sandwiched between e-commerce and discount. The Italian mass retail navigates rough waters due to the web and the low prices. Despite this, the country continues to register new openings of shopping centres, especially in the disused industrial areas of the province. A bargain or a hazard? 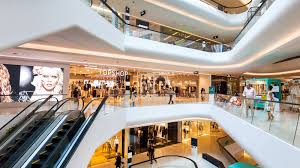 The third edition of the Mapic Italy has portrayed the situation of shopping malls in Italy. The event was dedicated to the international retail property market, and it saw the participation of the leading developers of commercial and retail projects, like Westfield, Ece, Eurocommercial, Igd, Svicom, Sonae Sierra and Klepierre. During the event, it was agreed that the sector is anything but in crisis. Let’s start with the numbers. In Italy, according to the report by the American real estate consulting company JLL, there will be 43 new projects by 2021, for a total surface of 1 million and 300 thousand Sq m. One-third of such projects, corresponding to 16 new shopping centre, is already under construction. The new openings are concentrated in Milan (70%). Over 60 brands chose to open a new store or to enter the Italian market in the last 12 months. During this period, there have been constructions for a total surface of 230 thousand Sq m concerning six new openings and four extensions.

Therefore, the Italian market is very dynamic, and it attracts investments especially for the biggest projects, such as Westfield in Milan, Caselle Open Mall in Turin, Auchan Cinisello, Parma Urban District and Cascina Merlata, always in Milan. Westfield in Milan will be the biggest shopping centre in Europe: 185 thousand Sq m are under construction in Segrate. It will be ready by 2020. The centre will accommodate 300 shops and a luxury district with 50 Italian and international brands, 50 restaurants, a multiplex with 16 theatres, plus a wide offer on digital technology, shopping and tourism. The project follows the concept of the shopping centre as a social and leisure place, besides a place for shopping. The trend is aligned with the choices of the consumers: according to the latest figures from Cncc (the national committee for shopping centres) referred to the last quarter of 2017, the sales per Sq m have decreased over the last 12 months. The sharpest decreases in shopping centres have been registered in shops of medium (from 601 to 1,500 Sq m) and big (over 1,500 Sq m) dimensions and in the consumer electronics and clothing sectors. “For what concerns total consumptions, Oxford Economics reported a 2.5% yearly increase. Interestingly, clothes and shoe shops have grown by 1.7% and catering by 2.8%”, reads the JLL report.

In case there was still need for confirmations, the figures show that investments have doubled at the beginning of the year in comparison with the same period of 2017, currently amounting to 780 million. Since the beginning of the year, there have been three operations in the high street segment, plus a deal on portfolios of two properties in Milan and Rome that has led the trend. The first months of 2018 reported eight out of town transactions concerning properties mostly in southern Italy, precisely in Bari, Brindisi, Taranto, Naples and Siracusa.

The figures regarding Italian mass retail show a similar situation: no signs of crisis, rather a revolution of the way of consuming. According to the recent report by Mediobanca, the online food shopping has grown (+35% on a yearly basis), even though it represents a marginal part of the total sales: 2.1% for the market leader Esseunga, 0.03% for Coop Alleanza 3.0.

Mediobanca has also published a chart of the leading companies operating in mass retail in terms of turnover: Coop and Conad are first with 12.4 billion, Selex is third with 10.3 billion, followed by Esselunga with 7.5 billion, Carrefour (4.9 billion) and Eurospin (4.7 billion). Discounts also figure in the top ten: Lidl Italia (4 billion), Iper-Unes (2,6 billion) and Pam (2.3 billion). Discounts have the highest growth rate indeed: Lidl registered a 46.2% increase, Eurospin34.1%, while the aggregate average for the mass retail sector representing 72% of the national market has reported a 7.9% growth.

Tecnocasa: prices of residential properties are expected to decrease further