The American fund Blackstone is currently studying what might be the biggest operation in the retail segment ever carried out in Italy: the sale of its outlets. The operation allegedly might be 800 million euro worth. The American company is evaluating whether to launch the auction after the summer of after having appointed the financial and legal advisors. 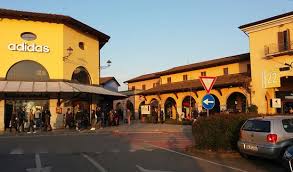 The total surface amounts to 150 thousand Sq m, 630 thousand Sq m of which is represented by the 600 shops. Hence, a quarter of the capacity. The five outlets get about 17 million visitors a year.

The assets were acquired by Blackstone through four different transactions starting from 2013-2014, and they are gathered under the brand Land of Fashion. The fund was assisted in the operations by Kryalos, the real estate company operating on behalf of the fund in its real estate investments. The timeframe of the investments was approximately 4-5 years. Therefore, it’s easy to understand that Blackstone wants to sell now. The big international funds might be invited at participating in the operation.

In the past few months, Blackstone has already disinvested some properties of the retail segment, selling to the Swiss fund Partners Group a portfolio composed of six shopping arcades of small and medium dimensions.

Offices and shops, the boom continues

05 February, Milano Finanza 2017 was a year to remember for the commercial properties sector. That’s what the figures from...