Aedes Siiq is ready for the inauguration of Serravalle Retail Park after the shopping centre was renewed and extended. Fase A and Fase B, acquired by Aedes in 2017, are already open to the public. Fase C, also a property of the group, will open on 14th June. With Fase C, the total GLA of the shopping centre in Serravalle Scrivia (AL) will be 40 thousand Sq m, with an occupancy rate of over 80% and yearly leases for 4.3 million euro. Fase C develops over a 12 thousand Sq m GLA, and it features nine shops, an artisanal space, a food court, areas dedicated to children and relax and 600 parking spaces. 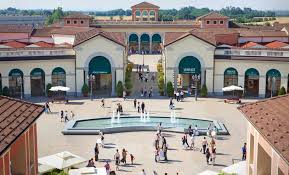 “Thanks to this extension, Serravalle Retail Park has increased and completed its commercial offer”, explains Giuseppe Roveda, Aedes Siiq Ceo. “The food court will be open also in the evening, offering a complete service to the visitors and assuring their permanence also after the shops’ opening hours”. The extension of Serravalle “is included in the group’s strategy to increase the portfolio of rented properties through the acquisition and revaluation of the assets included in it”, adds Carlo Puri Negri, president of the siiq.