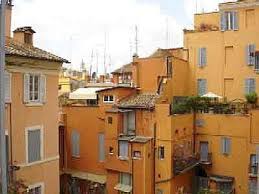 The market grew significantly in 2008, the year when the recession kicked in due to the American property bubble. The interesting thing is that, even after, the value of properties has continued to grow, even though in a more limited way, reaching in 2011 a peak equal to the double of the 2001 value. Recession arrived in Italy with some delay: prices started falling in 2011, causing a contraction of the residential wealth that in 2016 was equal to 8.1% compared to the period of peak.

Despite this phase of depreciation, the balance is definitely positive (+76%) if considered the whole period analysed.

Anyway, the decreasing phase is ending: “In 2016 the negative trend has slowed down”, explains Istat, thanks to “the recovery of the residential market”.

The reason, according to Istat, is simple: In Italy, the non-financial wealth is based indeed on real estate properties. In 2016 the stock of non-financial assets owned in total amounted to 9,561 billion euro. 84% is composed of real estate, especially houses. In fact, residential properties represent 60% of the total while the non-residential ones are little more than 24%. The other fixed capitals assets, tangible and not tangible, represent the 9%. Provisions are 4%, and agricultural land is 3% of the total.

Families hold 92% of the total residential assets. The fall of prices in the residential property market registered in 2012 caused a reduction of the average house prices, with a consequent contraction of 1.7% on average per year of the residential wealth of the Italian families. But in 2016 this negative trend slowed down reducing to 1.3%. This the sign that many are buying a house.

Cbre: the office market is expected to expand further in 2020