The number of applications for mortgages has reported another reduction in March (-8.4% on a yearly basis). The result brings the cumulative performance for the first quarter of the year to -8.9% compared to the same period of 2017. 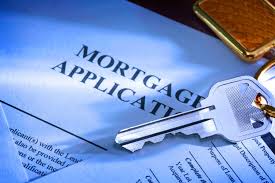 However, “this contraction is more contained compared to that registered in the 3 previous quarters, having subrogations stopped their fall – reads a communication by Crif – This trend started over one year ago after the progressive reduction of the number of borrowers who found subragations convenient”.

The reduction in the number of applications is accompanied by the increase of the amount requested, which registered in the last quarter a growth of 1.7%, bringing the average value to 126,025. Also in this case, the data is impacted by the trend of subrogations, which have generally lower amounts than new mortgages. In addition, it was reported also a shift upwards for durations comprised between 16 and 30 years (+3.3%), with the contraction of the range between 10 and 15 years (-3.1% compared to 2017). The age range between 35 and 44 years is still predominant (34.5%). There is, however, an increase of application from younger people: borrowers aged between 25 and 34 years have grown by 1.2%.

“This scenario benefits from the improved economic context, with positive consequences on family budgets, also helped by prolonged low interest rates – comments Simone Capecchi, Crif Executive Director – For the future, we can expect this positive trend of loans to families to continue, favouring investments in the house, such as renovations, which were often postponed during the recession”.