Rome registered 8.500 transactions in the second quarter. The city is first in terms of the number of sales, according to the report “Quarterly statistics” by the Revenue Agency. 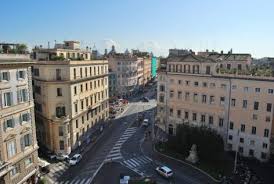 The average surface trend in the capital is stable, having increased only by 0.4%, and it’s aligned with the other big Italian cities.

Besides, Scenari Immobiliari presented its report “European Outlook 2019” during the 26th edition of the Forum that took place in Santa Margherita Ligure (Genoa). The experts forecast an increase in the investments in Rome in the hospitality segments, replacing the residential market that had been the main segment until now, attracting 11.4% of the investments in the last five years. In 2017, Rome drew total capitals for 1.6 billion euro, representing 16.6% of the national total, followed by Milan.

The Revenue Agency has also analysed the sentiment of the residential real estate market. It turned out that fewer operators are reporting a negative trend of property prices, while the number of those reporting steady prices has increased. The signs of stabilisation have consolidated, according to the real estate agencies.

Another important sign is that the discount margin has decreased by one point (from 10.9% to 9.9%), while the time to sell a property is steady at seven months and a half. The quota of houses purchased financed by mortgages has risen by one point. The mortgage is the prevailing funding channel (81.1%), while the ratio between the loaned amount and property value has dropped to 75%.

The market of parking spaces has also grown, after negative trend reported in the previous two quarters. Compared to the second quarter of last year, transactions in Rome have increased by 3.5% for a total of 4,656.

Looking at the whole Italian market, Scenari Immobiliari assessed total investments for 32 billion euro between 2013 and 2017, while volumes had been consistently growing up to 2017, which reported investments for 10 billion euro. Such a record year explains the natural reduction registered in 2018, where the outlook is for 6.5 billion between national and international investments by the end of the year. In this scenario, the interest in Rome seems to be in countertrend. Mario Breglia, Scenari Immobiliari president, stressed: “There is a growing interest in Rome, with the focus on high-quality properties to turn into hotels”.

The recovery of transactions has also concerned the other main Italian cities, thanks to the increase in loans, two-thirds of which are fixed rate, as reported by Scenari Immobiliari. Mortgages amounted to 53 billion euro in 2017, and they’re still growing, although at a slower pace. Subrogations have decreased, and they have no longer a significant impact on the loans.

According to Istat, notary deeds have grown by 1.5% in the first three months of the year from the previous quarter (94,015 in total). The notary documents mostly concerned residential properties (166,055), 5 cases every 100 were transfers of property for economic use (9,733), and 0,5% for special use and timeshares.

Barracks and vacant properties. A plan for Turin in 17 steps

02 November, La Stampa Cassa Depositi e Prestiti tests its new investment model Surprise: in a city that for many...