The non-residential real estate market in Lazio is not exactly brilliant. The Third 2018 Report by Nomisma presented at the end of November shows some negative elements about the market in Rome. The number of transactions hasn’t grown, while rent and property prices are stuck, especially those for the office segment which have reduced. 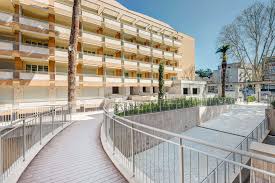 In the Capital, prices for offices are 2,700 euro/Sq m on average (-1.4% per annum), while rents are set at 157 euro/Sq m/year. Prices for shops are higher, with 3,590 euro/Sq m on average, having registered a 1.2% decrease for properties and being set at 276 euro/Sq m/year for rents. These values are way far from those reported in prime locations such as Via Condotti, where Cushman & Wakefield estimates the average lease is 11,500 euro/Sq m/year, placing Rome fourth in the chart of the top European high-streets.

The situation in the provinces of Lazio is not any better. As reported by Fiaip, prices, demand and offer have all decreased in the area of Latina. The construction activity has reduced in the provinces of Rieti and Viterbo, while Frosinone is stable. According to World Capital Group Ceo Andrea Faini, the logistic segment is more dynamic, especially in Rome, representing 70% of the total asset surface, thanks to the recovery of the demand. “This trend can be generally explained by the necessity to update warehouses in the city, as they’re no longer suitable to satisfy the needs of companies which require a new way of organising spaces, partly due to the rising e-commerce”, explains Faini. The emerging trend of consumer couriers requires warehouses with a 3/5 thousand Sq m surface and close to the city with a layout capable of accommodating the merchandise. Companies struggle to find properties meeting such requirements near Rome.

Developable areas are also high on demand and with limited supply, causing prices to increase even by 20% compared to other cities. The offer is wider for bigger lots. “The North Rome is the most requested since it also has the most efficient infrastructures”, explains the World Capital Ceo. “We don’t expect significant changes for 2019 and the demand will remain stable”.

The impact of tourism

Rome is the centre of all the touristic activities in the region, as the offer for large part concentrates here. High-end hotels registered an increase in connection with the growth of quality tourism.

“There are potential buyers. The demand focuses on five-star hotels or four-star hotels to turn into five-star”, notes Emilio Valdameri, head of World Capital Group hospitality division. “The demand is high, but there is a shortage of assets to requalify”.  Rome is characterised by private business, and international investors struggle to enter the market, resulting in very high requested prices. In the area around Pantheon and Via Veneto, for instance, prices for five-star hotels are comprised between 600 thousand and one million euro for a room, while prices in other parts of the city start from 300 thousand euro a room. In the city centre, a four-star hotel requires a budget between 180 and 350 thousand euro a room. “In the old town, about ten properties are currently under renovation, and there are several new openings in the pipeline for the next few years”, says Valdameri.

The non-residential segment is penalised concerning the limited number of new real estate development projects. The 2018 Real Estate Report by Scenari Immobiliari in collaboration with Casa.it reports about thirty projects currently in place or about to be completed in Rome, four of which are for business use. This segment includes the new IBM headquarters in the old Rome trade fair, the requalification project of the former State Mint and Polygraphic Institute, the new Eni offices, the Europarco Business Park, the Rome FC stadium in Tor di Valle. This latter, following the project signed by Daniel Libeskind and Gianluca D’Incà, will also include a business park of approximately 139,500 Sq m, 130,469 Sq m of which will be for office use, while about 2,097 Sq m will be dedicated to shops and 6,934 Sq m to services.

Concerning the residential segment, the current developments concern a total area over 10 thousand Sq m with the objective of increasing the number of energy class A houses, resulting in a better quality of the properties on offer. Among the projects, there are Boncompagni 71 managed by Torre Sgr and signed by the Chinese architects Mad Architects. The project involves the requalification of a former bank in Rome old town to create 150 apartments at 10 thousand euro/Sq m targeting international buyers. In Via di Santa Prisca, in the Aventino area, the Domus Aventino project has already implemented two buildings out of three turning the old BNL offices, thanks to the support of BNP Paribas Real Estate, into 196 apartments with prices between 6 and 10 thousand euro/Sq m. The residential complex Via Aurelia Antica rises from the demolition of the former Mediaset headquarters, and it’s composed of five floors plus two levels below ground for a total of 80 flats. Finally, there is the requalification project of the former Guido Reni barrack in the Flaminio neighbourhood.

Lazio reported 60,500 transactions in 2017, placing itself second among the Italian regions in terms of number of transactions, half of which concerned Rome, according to the data from Scenari Immobiliari.

“In the province of Latina, the residential segment registered a 20% increase while prices did not change. The market of second homes has recovered, but only if the price is convenient”, explained Fiaip Lazio president Donatella Prosperi. The provinces of Rieti and Viterbo registered an increase in transactions with steady prices or slightly decreasing. Prices are stable also in the province of Frosinone where sales have grown.

All the investments of Qatar in Italy

One of the most prestigious Italian luxury brands, but also a long list of extra-luxury hotels, till airline companies,...