A sharp rise of 60% in the last three years: this is the average trend for rentals reported by the Revenue Office, going from 5,549 euro yearly in 2013 to 8,852euro last year. Obviously, these values change a lot depending on the region. These figures concern all type of lease (not only residential), they’re sourced from income tax returns and have seen an increase in the use of the telematic procedure for the registration of the lease contracts. In fact, the digital registrations have gone from 600 thousand in 2013 to almost one million and 200 thousand estimated for the end of 2017. A result that brings digital registrations to 63% of the total registrations, against those done in offices. The details for the various amounts for the years 2013 to 2015 are available, while only the national average is available for 2016. Looking at the figures of two years ago, the chart of the provinces ordered by amounts is led by Milan, that has registered an average of 12,610 euro, followed by Rome with 12,245, then Prato, Florence and Lucca. 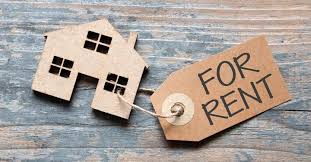 The lowest price is reported by Enna, but some provinces of the North are set at not very different levels. Milan is at the top of the chart of the big cities, with an average lease of 16,282 euro. It’s followed by Rome with 15,103, then Venice and Florence, both set above 10 thousand euro yearly, respectively with 12,842 and 11,594 euro. Below this threshold, we find Cagliari, Naples, Bologna and Genoa. Turin is at the bottom of the chart, with an average lease of 7,263 euro, together with Reggio Calabria with 5,919 euro. For what concerns the modalities of registrations, the population of Val D’Aosta and Emilia-Romagna are those who have used the most the telematic procedure, with more than 80%. The percentage is high also in Piedmont and Lombardy, while Lazio is set 59% and Molise registers only 16%. The Revenue Office is pushing to spread the use of the digital registration, as wished by the director Ernesto Ruffini. There is also a recent activity that came out these days to make people’s life easier, concerning the stamp to pay cadastral inquiries and registrations of transfer for properties.

Bnp Paribas Reim has acquired other stores from Coop Alleanza 3.0

24 January, Mark Up Bnp Paribas Reim, the manager of the property investment fund Retail Partnership launched in 2013 with...