The rental market is growing. According to the figures from Tecnocasa concerning the first semester of 2018, rents have risen throughout the country. 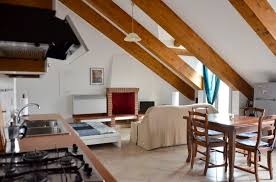 The reasons behind choosing to rent a property have not changed: 61.4% rent because can’t or don’t want to buy, 36.1% rent for work-related reasons, and 2.5% for study-related reasons.

There are also tenants renting because they can’t access credit. These are mostly young people, single-income households, along with students and workers coming from other towns. The decrease of transactions prices and the low mortgage rates are pushing people who can afford it to buy a property, although a part of the population is still forced to rent.

Regulated lease contracts continue growing throughout the country, currently representing 29.1% of the total, as the formula is very appreciated both by landlords and tenants. In 2014 they were only 13.9% of the market. The reason for the growth is the significant tax reliefs for both parts.

Concerning prices, in Genoa, the lowest prices can be found in Cornigliano and Bolzaneto, where a studio costs 200-300 euro a month, while Levante (Quinto and Nervi) has generally higher rates, up to 500 euro for a two-bedroom apartment. In Turin, the price difference is even sharper: a studio in Barriera Milano costs only 150 euro a month, while two-bedroom apartments in the city centre, for instance in Via Roma or Collina, can reach even 700 euro monthly.

For what concerns commercial properties, the portal Idealista.it reports the increase in the profitability of offices and shops. Transaction prices have gone from 7.9% to 8.6% for shops, and from 7,1% to 7.7% for offices. In comparison, returns from houses are more limited (6%). According to the portal, Genoa is the second city in Italy concerning returns of commercial properties with 15% returns, just behind Milan with 15.2%.