House prices per Sq m in the Province of Bolzano are still the most expensive in Italy. The picture is confirmed by the date from Immobiliare.it, showing how Bolzano is the most expensive province capital with 3,462 euro per Sq m, while Trento is set around 2,518 euro per Sq m. In comparison with the regional trend of the market, still reporting -0.6% on a yearly basis, Bolzano is giving positive signals, exceeding the breakeven point (+0.4%). Whereas Trento is losing by little, closing 2017 with -0.5%. The whole region closed 2017 with steady values. Buying a property in the region costs on average 2,798 euro per Sq m, 46% more than the properties in northern Italy. Also renting a house in Trentino-Alto Adige is more expensive than the average in the north of the country, despite the difference being minimal. In the region, the average price is set around 9.75 euro per Sq m, against the 9.25 euro per Sq m in the north. On the overall, rents are recovering with an encouraging +0.5% on a yearly basis. Bolzano is the most expensive also for rents: 13.49 euro per Sq m against the 9.75 of the regional average and the 10.24 euro of Trento. The signals coming from both provincial capitals are very encouraging, especially Bolzano that has seen an increase of 3.2% in rents. Trento has also passed the breakeven point with +1.1% on a yearly basis, confirming the good health of the region. Considering the quarterly results for the last year, Bolzano confirms to be the most dynamic marketplace, with an increase of house prices of 0.4% on a yearly basis, of 0.2% compared to the previous semester and of 0.9% compared to the previous quarter (September 2017), when the regional average for the same segments showed a steady recession. 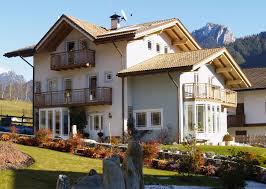 Short rentals are a consistently growing reality in the Italian market, not only related to online giants such as...