Prices in the city centre are higher than those on the hills. In Turin, the offer for houses is on the rise, but only 57% of the advertised properties have a real market, the others are not even taken into consideration. There has been a slight recovery of sales (almost entirely concerning dated properties) in the last three years: 18 thousand houses per year. The darkest time of real estate, 2012 with a 50% drop, are behind but there are still reasons to be worried, as Turin risks to be cannibalised by Milan. Whereas this comparison is not correct for vice Mayor Guido Montanari, it is for Massimo Giuntoli from the Architects Associations. He believes that “Turin is dying, the Five Star Movement opposes to the construction of the high-speed train line because people would run away even faster”. 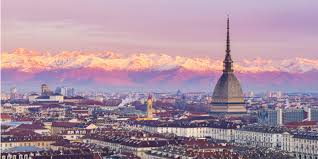 The figures published by Immobiliare.it which were presented yesterday at a conference organised by Aspesi, the association for real estate promotion and development, are conflicting. Property prices had further fallen by 1.6% in the past year, returning to the same levels as twenty years ago: 3,564 euro/Sq m in the city centre, 3,095 euro/Sq m in Cavoretto and Gran Madre, 2,634 euro/Sq m for Crocetta and San Secondo, 2,401 euro/Sq m for San Salvario.  Aurora, Barriera di Milano and Rebaudengo barely reach 1,044 euro/Sq m, following Lingotto with 1,693 euro/Sq m. In Turin, parking spaces are sought-after by 72% of the seekers, while only 13% require a concierge.

The number of people looking for a house to buy exceeds the number of those looking for rent: 48% against 42%, although “owning a house is no longer a priority among millennials”, according to Immobiliare.it Ceo Carlo Giordano. In spite of the politically correct, he defines young people as “narcissistic: they have the dogma to be happy now, without caring for building something”. Furthermore, the forecasts up to 2035 are alarming, as they report that Turin would lose 130 thousand of its inhabitants. The Vice Mayor has announced a new development plan which is meant to simplify the procedures, and that focuses on social housing, student residences and senior living”. He remarks: “I’m not for supermarkets. Huge stores are an error of the past. I’m driven towards retail assets of medium dimensions to renew degraded areas”.

Mps, all about the NPL portfolio with public guarantee

12 March, Startmag Also Mps is aiming at Gacs to dispose of its NPLs. It will be the biggest operation...